Elden Ring: How to Write Longer Messages and Attach Gestures

I must tell the world. You’ve surely run across a message in Elden Ring that has pointed you towards an item you were searching for, warned you of an ambush waiting around the corner or maybe it just made you chuckle. Whatever the message was, it was sure to make think about placing a longer message of your own somewhere in Elden Ring. When going to place a message of your own, you may notice that you can’t put as much in the message as other messages you have seen. Let’s go over how you can put down longer messages in Elden Ring.

How to Place Down Longer Messages in Elden Ring

It can seem a bit confusing at first when you open the message menu. You will be presented with two blank spots where you can pick a premade message with a blank spot and a word to fill that blank. By default, that’s all you can put in a message, no gestures, no extra lines and this can be enough when you need to tell people that something valuable is ahead, like the Blessed Dew Talisman. 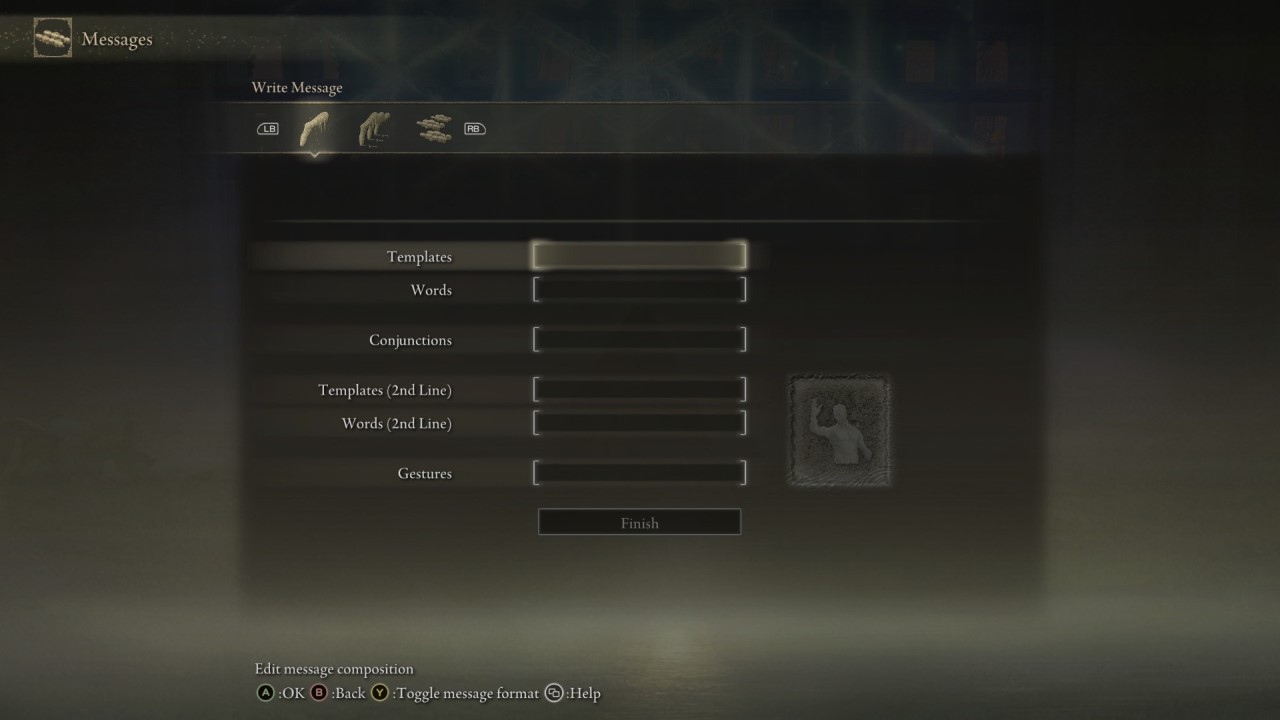 However, there is a way to put down longer messages. All you need to do is press your interact button when you are on the message menu. For controllers this is Y/Triangle and on PC it should be F by default. Pressing it once will bring up a second set of boxes so you can put down a two-line message. If you press the button again it will trade out the second set of boxes for an option to select a gesture. This will place a ghostly version of yourself on top of the message when other players view it and have you perform the selected gesture.

In order to get both the longer message and a gesture, you will need to press the button a third time. This will pull up both the second set of blanks and the gesture option. This way you can put down a longer message and give a gesture to anyone that reads it. If you need any more help with Elden Ring make sure to check out our other guides.

Attack of the Fanboy / GAME GUIDES / Elden Ring: How to Write Longer Messages and Attach Gestures