This cheese is to die for. Using your cunning in Elden Ring takes many shapes and forms, and while much of it involves strategy, sometimes a boss has a fatal flaw in its design you should exploit.  This isn’t to say anything against the game, but since enemies like the Night’s Cavalry, a boss who appears at nighttime, can catch you off guard and play dirty, so can you.  This type of exploit in which you take advantage of a development oversight to get past a challenge is referred to as cheese.  Here’s our guide on How to Easily Cheese Night’s Cavalry in Elden Ring! 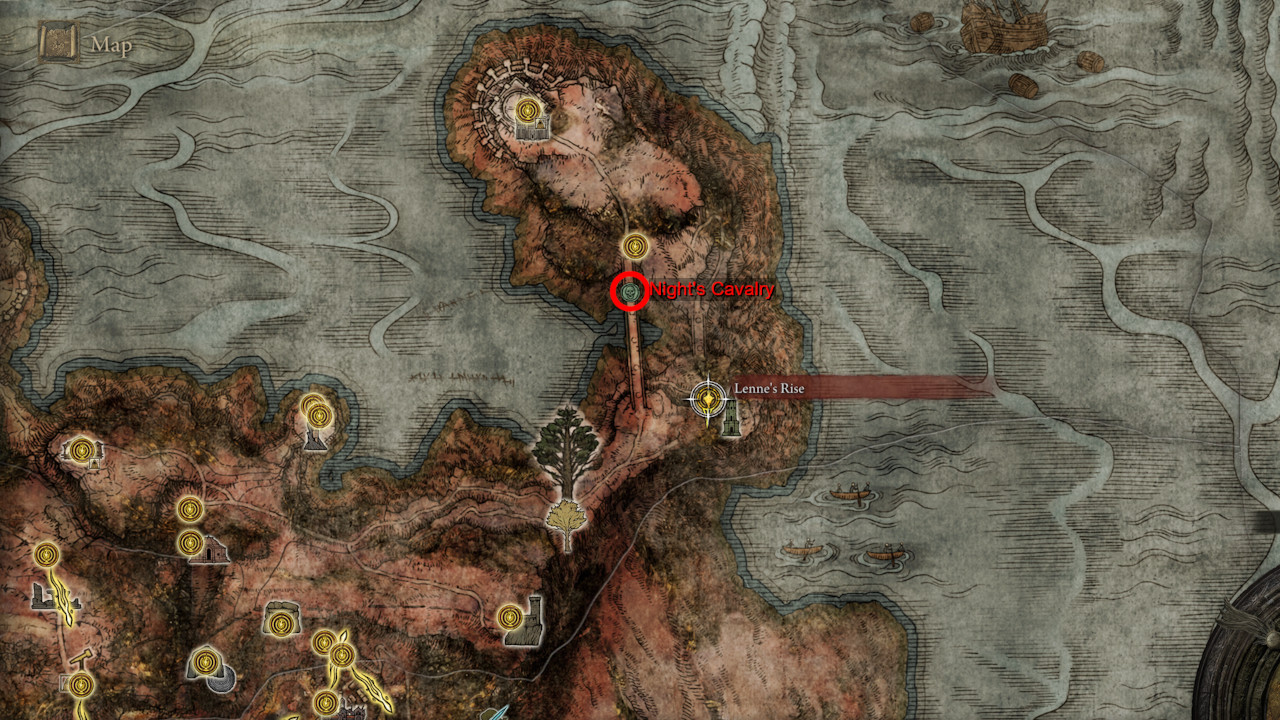 The Night’s Cavalry appears all over the Lands Between, but in Dragonbarrow you can bait this enemy into multiple traps which can mercilessly kill them.  The first and most amusing is by mounting on Torrent, provoking the boss’ aggro, and then going over the east edge of the bridge to where there’s a broken portion over which they can see you.  You can even ride Torrent but be careful as this path is tiny and not intended for convenient walking.  If the boss is closer to the west end of the bridge when this happens, they will be angered, charge you, and jump with their horse in an attempt to strike you, falling off the bridge to their death in the process.

It’s hilarious and dirty, and you even get the Bloodhound’s Step Ashes of War along with 42,000 runes for winning.  Take note that this is the second-strongest iteration of this boss and you maybe have to hit it one time to set up this win.  You can get over the edge of the bridge either by jumping with Torrent over the small wall or going onto the root at the beginning of it, landing down on the raised portion resembling a pot, and then jumping over to this narrow pathway. If you’re also wanting another neat exploit, have the cavalry chase you north through the path ahead, which is littered with poison traps that can kill them.  There’s no shame in an astounding victory, and you’ll put those runes and ashes to good use, so forge onward and prepare yourself for tougher encounters ahead.

This concludes our guide on How to Easily Cheese Night’s Cavalry in Elden Ring!  There are other bosses you can cheese too, including Starscourge Radahn.  Check out our other guides, and our review!