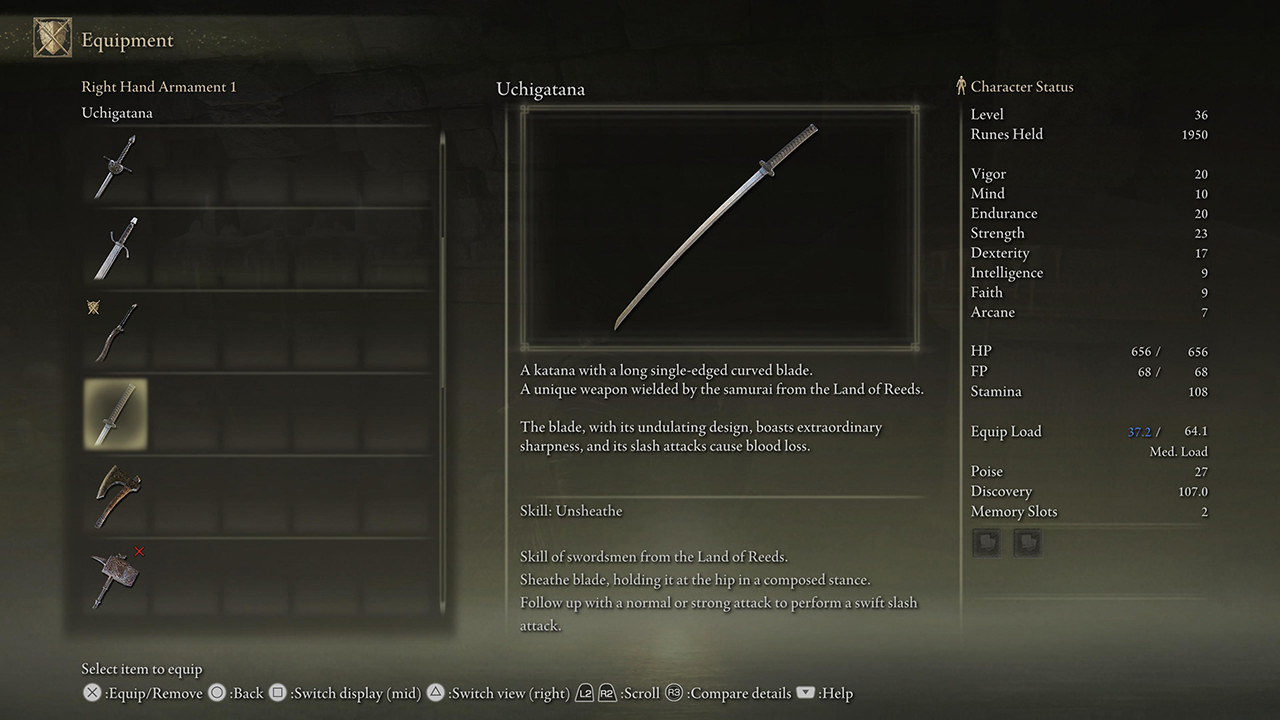 Elden Ring allows players the ability to take on all the challenges presented by the Lands Between with a series of different builds, which are not determined by your starting class, as all classes are able to wield a wide variety of weapons, going from massive Greatswords to sharp and lethal Katanas. With that said, for both those that wish to use a Katana but did not pick the Samurai class to start their adventure and those that just wish to get all the weapons available in the game, here’s how to get the Uchigatana Katana in Elden Ring.

How to Get the Uchigatana Katana in Elden Ring

You can find the Uchigatana Katana in Elden Ring by heading to the Deathtouched Catacombs, an area located west of Saintsbridge. Once inside, ignore the enemies, as they will keep respawning fast, and make your way through the path left of the entrance. From then on, just go down the stairs and hed to the path forward. Once you do that, just continue on until you see a lever, pull the lever. After pulling the lever we recommend that you read at the Site of Lost Grace to respawn the enemies. With that said, after resting, just go through the door on the left again and then head to the area where you took on the stairs, this time going to a path available below the set of stairs, right of the staircase connecting the lower floor. Once you enter, just keep running forward and then go through the door on the left, where you will be able to find the weapon in a corpse on an edge.

As we said above, for those that want to use the Uchigatana Katana from the get-go, the Katana is the starting weapon of the game’s Samurai class, which is arguably the best class for those looking to build a dexterity build, thanks to its stats and the fact that aside from the Uchigatana, players also begin their journey with a Longbow and a few handy and damaging types of arrows.

Attack of the Fanboy / GAME GUIDES / Elden Ring Uchigatana Location: How to Get Uchigatana Katana