A new hero, a new map, and plenty of events to keep you busy over the Holidays 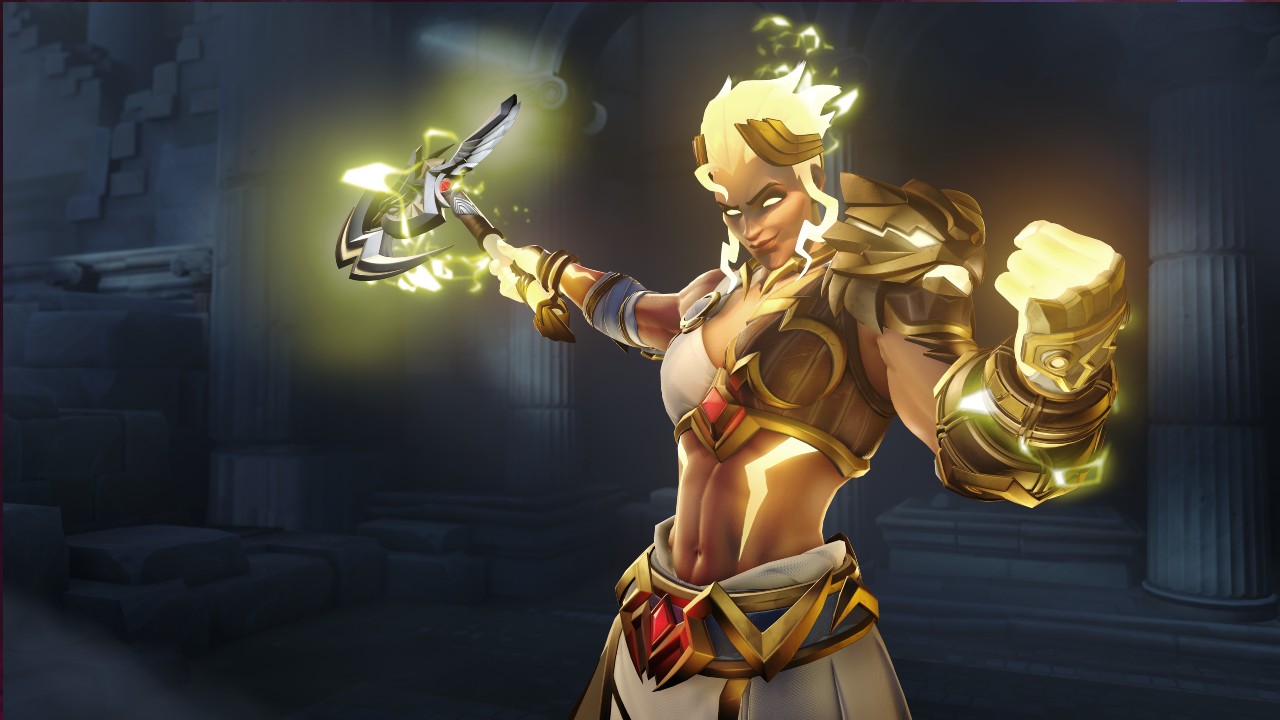 Season 2 of Overwatch 2 is set to release on December 6, 2022, bringing with it a brand new Tank Hero: Ramattra, a new Escort map, character changes, a mythology-themed Battle Pass, and more. Below is everything coming to Overwatch 2 during Season 2, including the upcoming Winter Wonderland event, just in time for the Holidays.

What’s Being Added in Overwatch Season 2?

Season 2 of Overwatch 2 is expected to last around 2 months, with new features added throughout the Season’s duration. The additions listed below will be available from day one of the new Season, which is set to release on December 6.

Ramattra, Overwatch 2’s newest Tank Hero, will be unlockable for free at Tier 45 of Season 2’s Battle Pass, or, like Kiriko, unlockable immediately for those that buy the Premium Battle Pass. With his complex kit and the ability to change forms, Ramattra is guaranteed to shake up Overwatch 2’s meta, inspiring new strategies and compositions to counter him.

Rammatra’s Omnic form is focused on strategic plays and defending allies, while his gigantic Nemesis form is built around slow, heavy hits and bulky self-defense. His voice lines will expand upon the lore of the mysterious Null Sector faction, as well as his former companion and fellow playable Hero, Zenyatta, which fans have been requesting since his introduction in the first game.

Season 2‘s Battle Pass in Overwatch 2 will be very similar to Season 1. 80 Tiers consisting of unique cosmetics; Skins, Voice Lines, Player Icons, Name Cards, Highlight Intros, Victory Poses, Sprays, and Emotes. Some cosmetics will be free for all players, while other Tier rewards require the purchase of the Premium Battle Pass for 1000 Overwatch Coins.

The theme for Season 2 is Greek Mythology, with cosmetics inspired by Greek Gods, myths, and monsters featuring in both the Battle Pass and the in-game Shop throughout the season. Tier 80 rewards the player with a Zeus-inspired Mythic Skin for Junker Queen, which is customizable in the same manner as Cyberdemon Genji in the first season.

Shambali Monastery is a new Escort map in Overwatch Season 2. The monastery is located in the Himalayas and is the former home of the Shambali monks, a clandestine order that Ramattra and Zenyatta were once a part of.

Rialto and fan-favorite Blizzard World are also returning to the Quick Play and Competitive map pool. The time of day in Oasis and Nepal will be changing, and Watchpoint: Gibraltar and Hollywood will be rotated out. All maps will still be available in Custom Mode. We can also expect Christmas-themed versions of existing maps later in December.

Overwatch 2’s newest heroes introduced in Season 1 — Sojourn, Junker Queen, and Kiriko — will no longer unlock automatically for new players, and will have to be unlocked via Catch-up Challenges that require the player to practice the hero in the Practice Range and win games. This will become the standard way to unlock new heroes for players that missed their introductory seasons.

A number of Heroes will be rebalanced for Season 2 based on gameplay analysis and feedback from Season 1. While the exact details are yet to be revealed, we can expect nerfs to Sojourn; a character frustrating many players in Competitive and Quick Play modes, alike. Characters that saw less play during Season 1, such as Doomfist and Junker Queen will be receiving buffs to improve their value.

The first season of Competitive Overwatch is ending alongside Season 1, and players will be required to participate in placement matches to determine their new rank. Players will also receive rewards when logging in during Season 2 for the first time, which is based on their highest rank achieved at the end of Season 1.

New features and events will be added to Overwatch 2 as the season progresses, such as the Winter Wonderland event in December and Lunar New Year in January, as well as a brand-new mode inspired by Season 2’s Greek Mythology theme.

A brand-new Game Mode, Battle for Olympus, will be available from January 5 until January 19 in which Heroes will be “imbued with awesome god-like powers”. More details will be released nearer the time, however, Blizzard has stated that skins released in the Battle Pass and in-game store will provide clues as to the contents of the mode.

As is the tradition in the original Overwatch, Overwatch 2 will have its first Holiday-themed event with Winter Wonderland starting on December 13 and lasting until January 4, 2022. Lunar New Year will run from January 17, 2022 until February 1st, with more details expected to release in the New Year. Epic Ice Queen Brigitte, Legendary Winged Victory Mercy, and Legendary Kkachi Echo will all be available as free rewards throughout the season’s three events.

Twitch Drops will also run alongside these events, with the chance for players to earn a Legendary Ramattra skin for watching their favorite content creators on the platform.