Everything We Know About Dragon Quest Treasures: Release Date, Gameplay, Trailer, and More

All There Is to Know About the Dragon Quest Spin-Off. 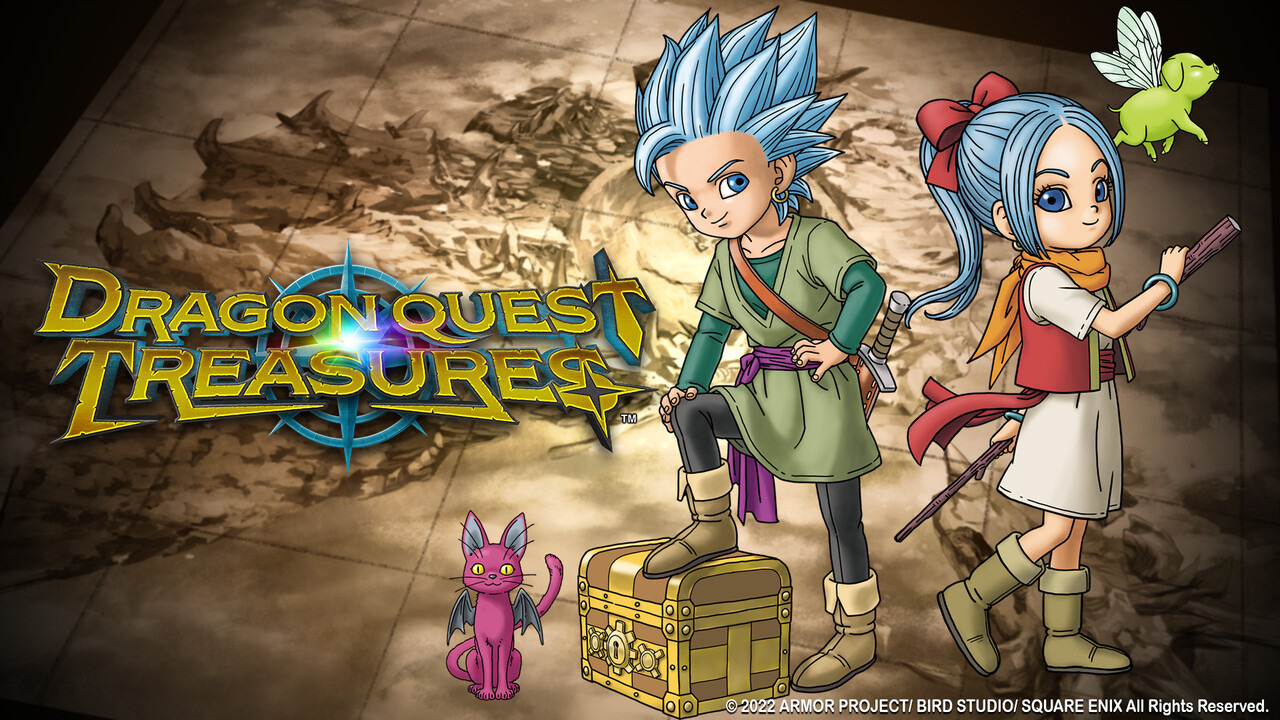 Dragon Quest Treasures is set to release at the end of the year, and it might feature characters that you are already somewhat familiar with if you have played through past titles in the franchise. Dragon Quest is a long-enduring JRPG series that might not have been played by all gamers, but will surely sound familiar to those who’s played their fair share of JRPGs or have seen the titular heroes in action in Super Smash Brothers Ultimate. The last mainline title, Dragon Quest XI is the game to look to for hints related to this spin-off.

The game was announced with a trailer during the mini Nintendo Direct this month and is intended as a spin-off of Dragon Quest XI. The characters featured are the siblings Erik, a companion of the hero in Dragon Quest XI, and Mia, Erik’s younger sister who is of great importance concerning his character arc. The title supposedly covers the adventures of these two siblings when they were younger, before the plots of the mainline game started taking place. Hence the kid-like appearance of the two can be seen depicted in trailers and illustrations.

From looking at the trailers, it is possible to deduce that the game is intended to be more of an action roleplaying game experience as opposed to the turn-based original. As the actions of both allies and enemies take place on the screen simultaneously. The two protagonists can tame monsters to assist in exploring large open zones, using the unique abilities that they provide. These monsters will also serve as faithful allies that will keep the player company throughout this single-player journey. It’s hard to tell if the game is open-world or not just yet.

Players who are familiar with the concepts of roleplaying games shouldn’t be foreign to the idea of collecting treasure and fighting monsters. The game, like its namesake, however, seems to lean heavily on the idea of gathering treasure, with players needing them to “expand their base and increase their treasure hunting level”. Players likely find themselves seeking out loot more than ever in this roleplaying title due to its heavy ties to in-game progression.

One thing of note is the tweet made by the official Twitter account, stating this game to be just a Nintendo Switch release for the time being. Considering past precedents like  Dragon Quest S Echos of an Elusive Age XI Definitive Edition, Treasures might come out on other gaming platforms months down the line, so not all hopes are out the window for players interested in the title without a Nintendo Switch.

Dragon Quest Treasures is set to release on the 9th of December worldwide on the Nintendo Switch.

Attack of the Fanboy / GAME GUIDES / Everything We Know About Dragon Quest Treasures: Release Date, Gameplay, Trailer, and More