Stumble ahead of the competition with these tips and strategies 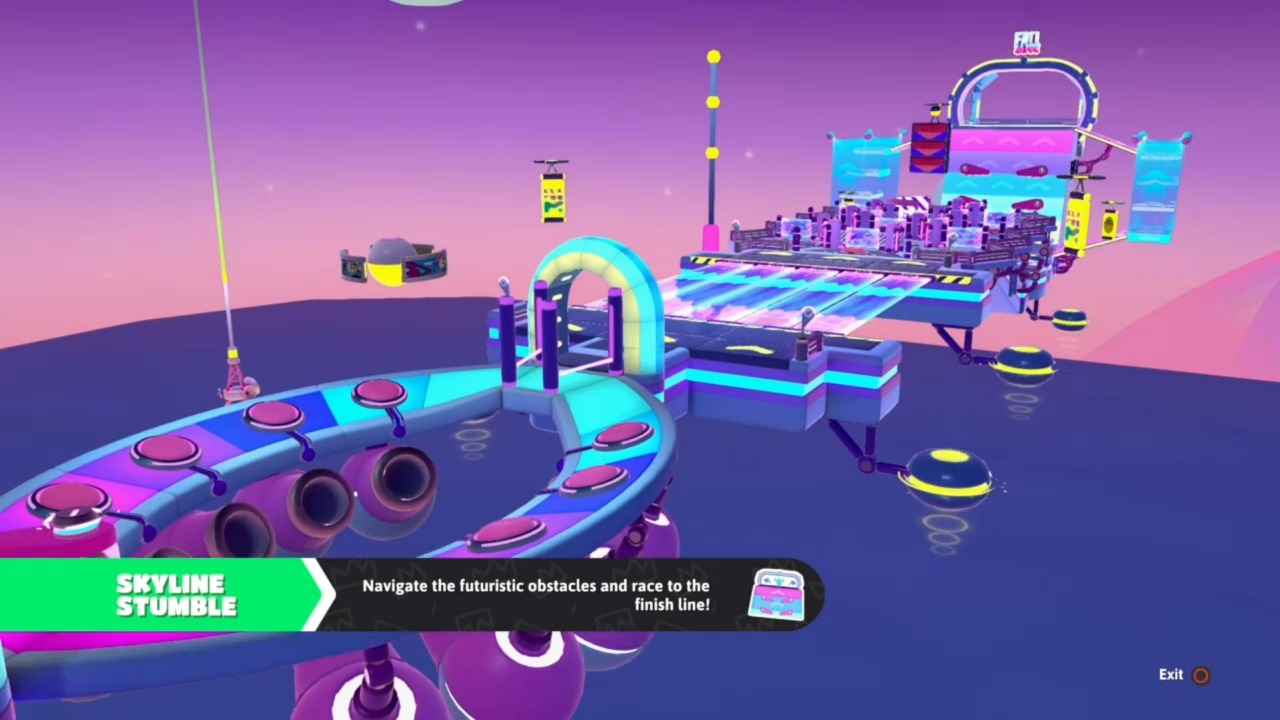 How to Win Skyline Stumble in Fall Guys Season 4

One simple but often overlooked tip that will increase your chance of winning in this round is to make sure you anticipate what is coming next. This way you can plan your route to be out of the way of the most players possible, and time your dives effectively to help you get ahead of the competition. Here are some more specific tips to help you get to the finish line before the other players. 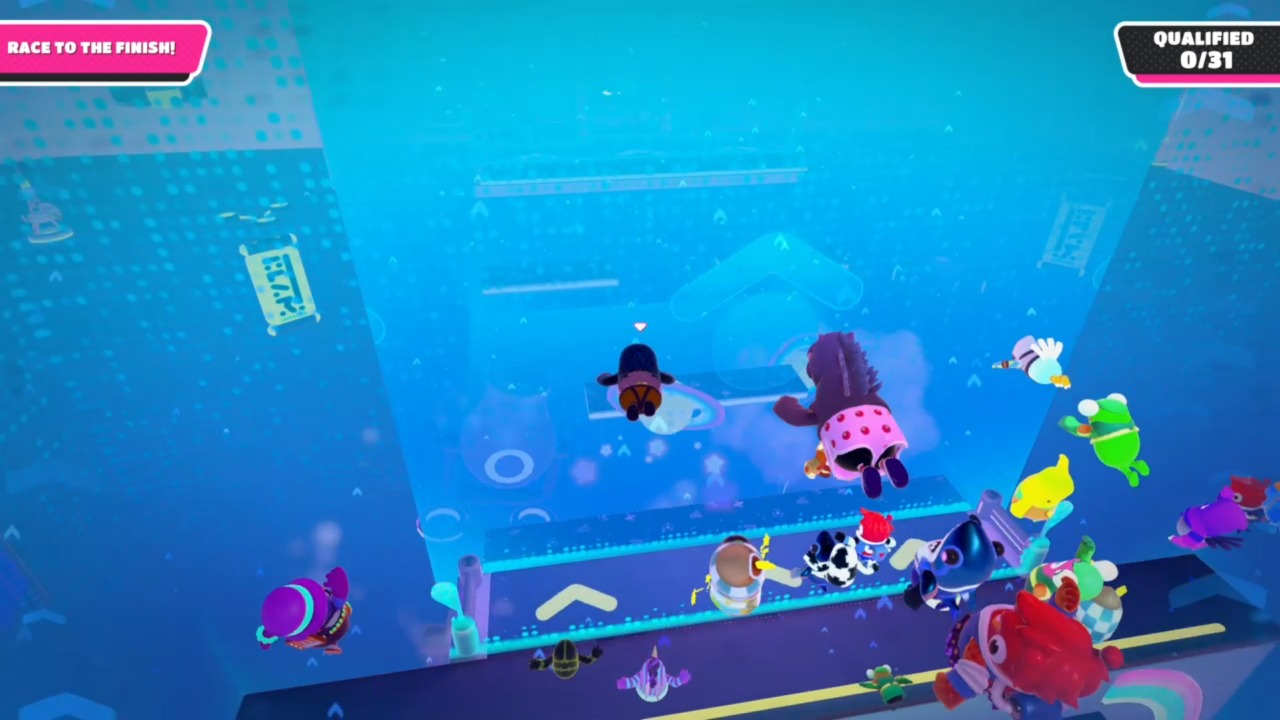 To get ahead early at the start of the round, you need to make sure you dive halfway through your first jump in the anti-gravity zone to ensure that you reach the next checkpoint without having to do any further jumps.

You’ll then need to jump up the steps in anti-gravity, which is where you’ll want to avoid as many players as possible and make your ascent. The next section has you choose one of two paths – both of these take exactly the same amount of time. The buttons on the path launch objects at the opposing path, but it only slows you down when you jump on these so it’s best to run by the side of them.

After this, you need to time your jumps so you switch between the disappearing light bridges as they change. As soon as the light bridge next to the one you’re on appears, jump to it. 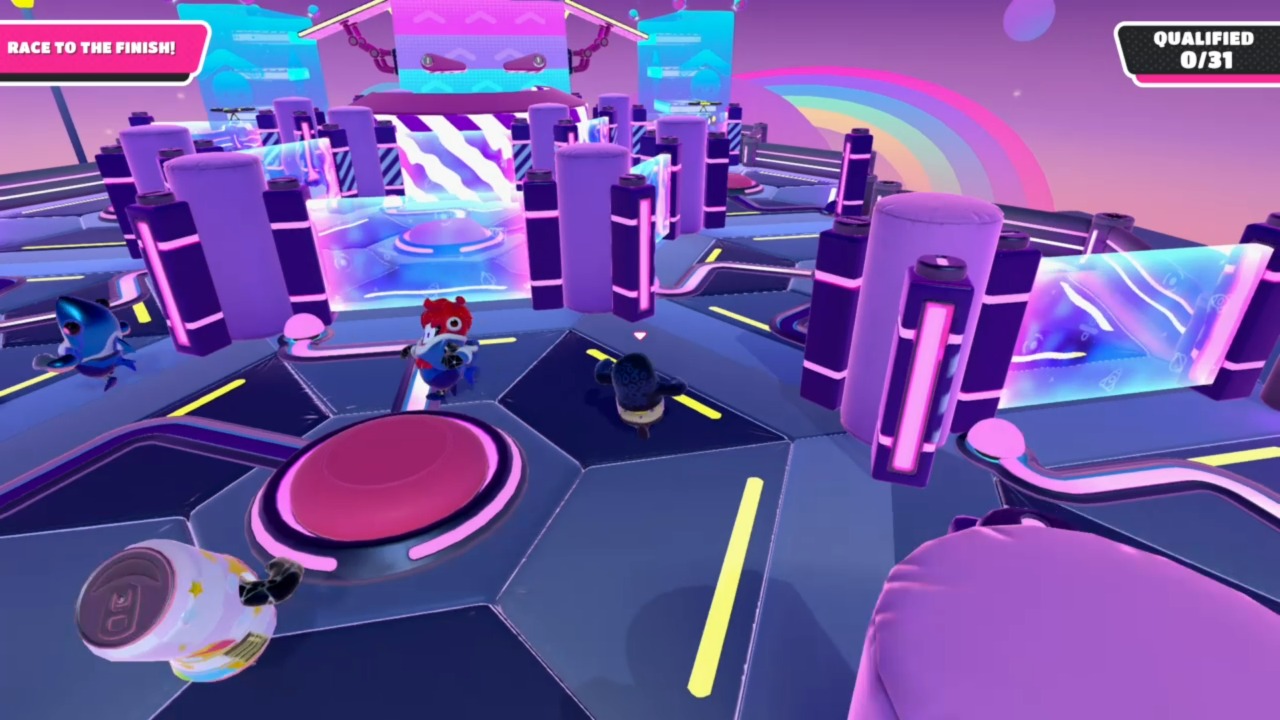 The next section of the round, the button maze, is where you’ll need to quickly plan out a route to the middle so you can jump down to slide to the next area. The buttons are toggles which will swap between doors, so try to plan a route that involves the doors that are already open – jumping on the buttons takes extra time. However, sometimes you will need to step on a button to access the slide in the middle, and be mindful of players around you that might try to step on a button to mess up your route. If this happens, you need to quickly change your route to avoid losing your momentum.

You then need to jump over swinging lasers – try not to rush this too much as it usually ends up causing a stumble and slowing you down.

The final section of the round has you pick between trying to fling yourself up via a series of pinball flippers in the middle, or making your ascent up several platforms and moving walkways. While the pinball flippers might look like the fastest option at first glance, it is a very risky route. 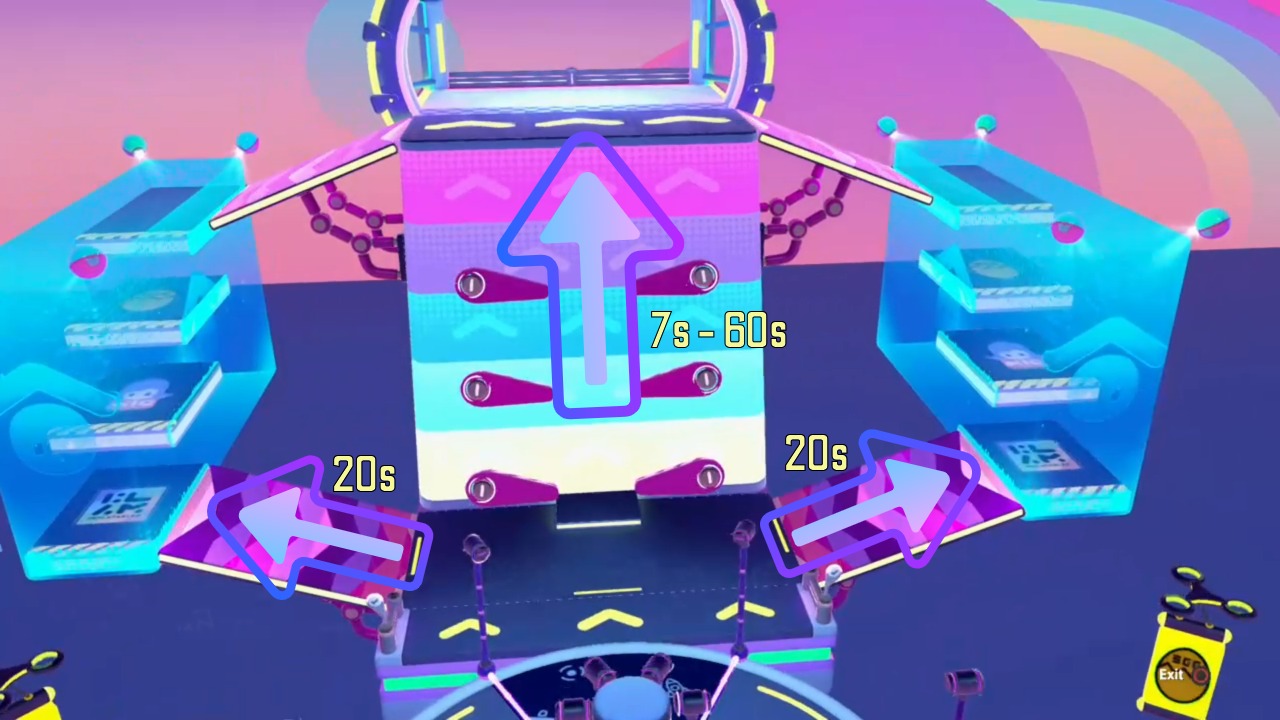 In a timed experiment, it took between 7 seconds and 60 seconds to make it up to the top using the pinball flippers, depending on how many players try to push you out of the way and how well you control your movement whilst flying through the air. However, it took a consistent 20 seconds to make it up using the platforms, making the platforms the better option in most scenarios. If there is no one around you then you can try to gain an advantage by using the pinball flippers, but using the platforms will usually be more beneficial. Just make sure that you don’t jump up the conveyors as this will slow you down, you need to just run up them. That sums up all of the tips you can use to help you win Skyline Stumble in Fall Guys Season 4.

Fall Guys: Ultimate Knockout is available now on PS4 and PC, and will be coming to Nintendo Switch and Xbox this Summer.