Fallout 76: How to Turn On Pacifist Mode

You can still get murdered though. 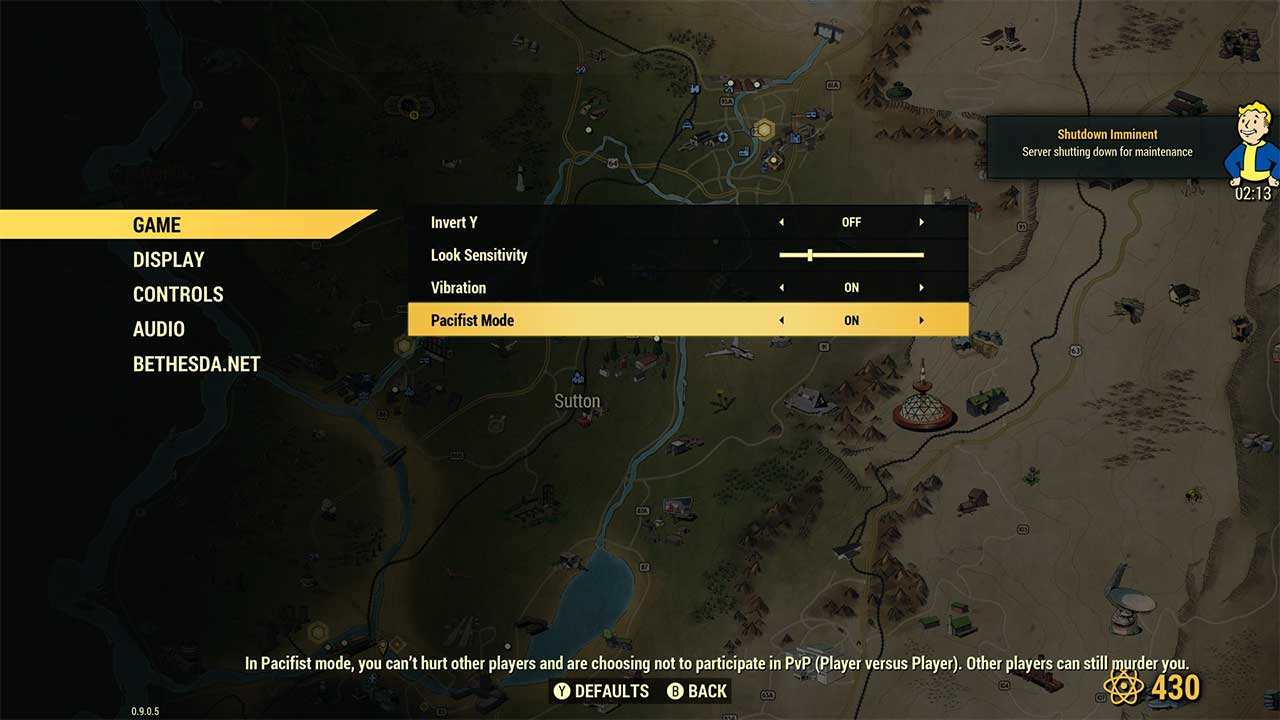 Pacifist Mode will take the PvP fighting out of the equation in Fallout 76, allowing you to focus on dealing with the many computer controlled enemies of the world and tending to things like base-building, item collecting, and quests.

When in Pacifist Mode in Fallout 76 all of the PvP messaging options will also be turned off.  Eventhough you won’t be able to deal damage to other players, they can still deal damage to you, it’s just much more limited.  If someone really wanted to keep at it, they can still murder you.  Killing a pacifist in Fallout 76 would give that person a Wanted Bounty as one of the things that will make you Wanted is to kill a player that is not hostile.

Pacifist Mode can be turned off and on in the game’s main menu.  Simply head to the map screen by pressing start and then access this menu by pressing the LB/L1 button.  There you can toggle mode off and on at any time in the game.

Home / Game Guides / Fallout 76: How to Turn On Pacifist Mode