FFXIV Moonfire Faire 2021: How to Get the Polar Bear Mount 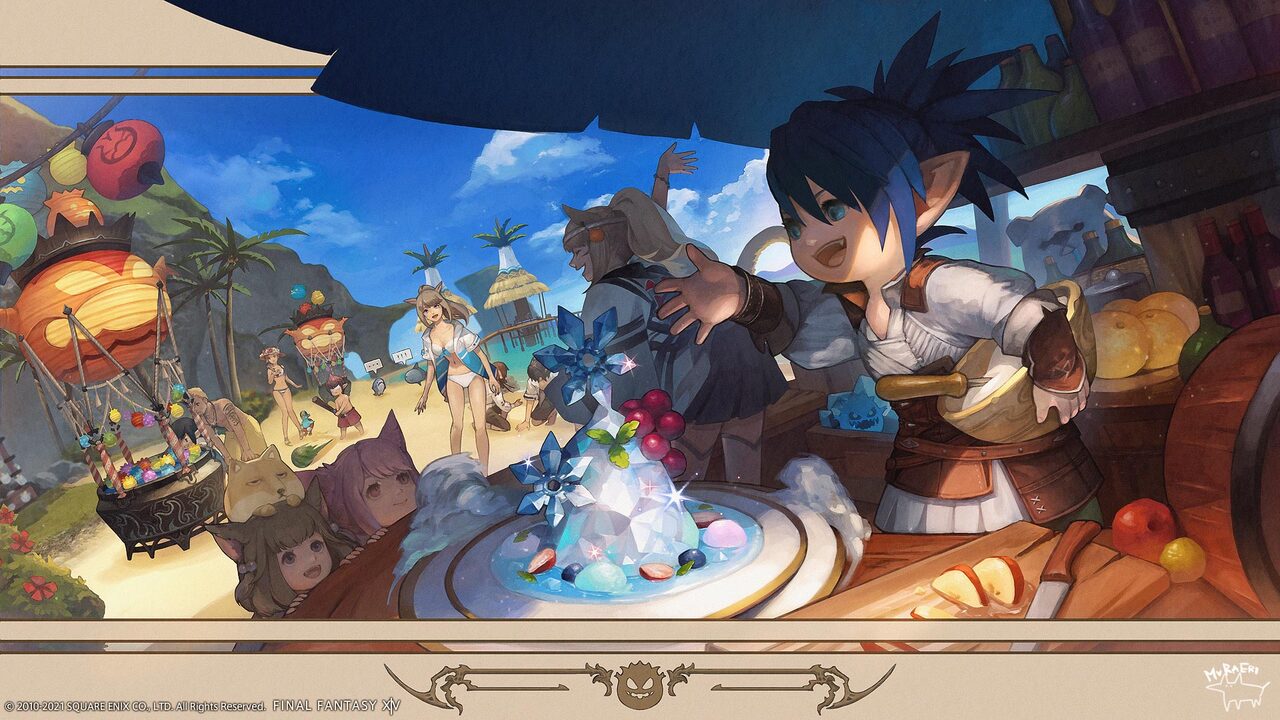 How to Start the Moonfire Faire Quest in FFXIV

To begin the event, speak to Mayaru Moyaru at the Limsa Lominsa Upper Decks (X: 11.5, Y:13.8) and pick up the quest called Unreasonable Chills. You can find the quest near the Aftcastle Aethernet shard. After accepting the quest, travel to Costa del Sol in Eastern La Noscea and speak with Haermaga. 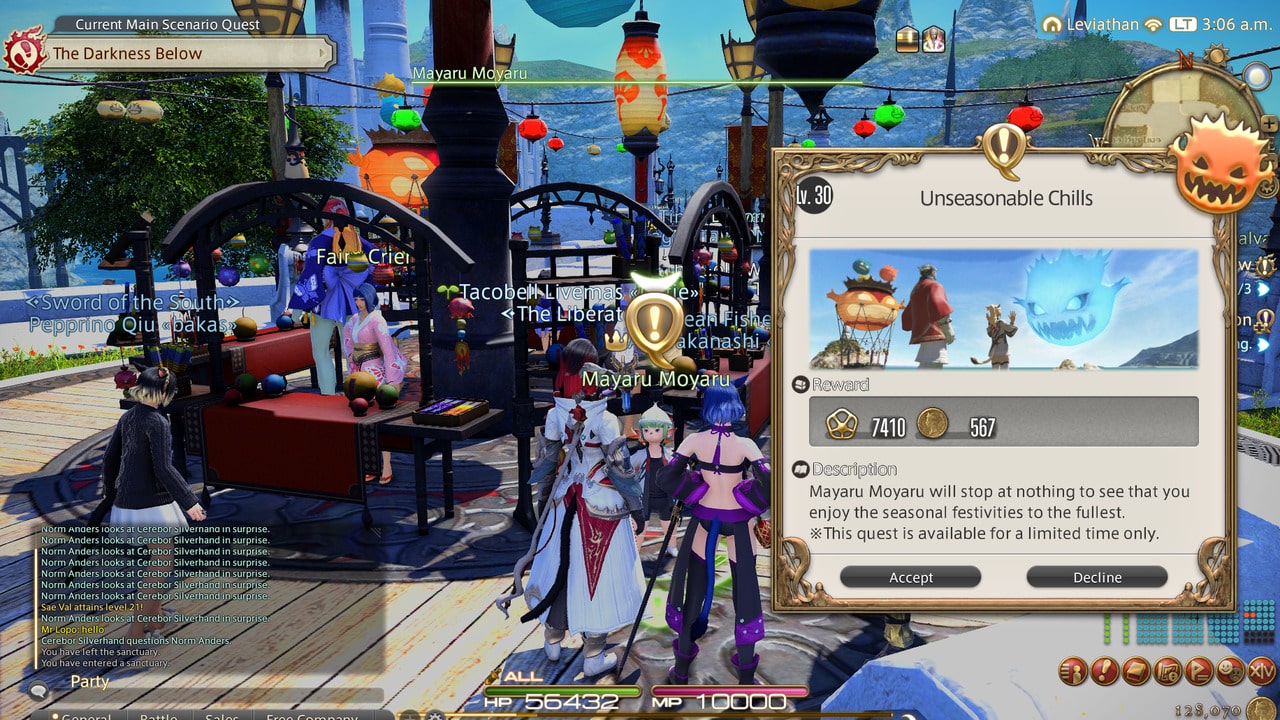 If you’re having trouble targeting the quest NPC because of the crowd of players, then go to your keybinds and find the control for “Target Nearest NPC or Object” under Targeting. Then, find the control for “Confirm” under System. This will allow you to automatically target the little Lalafell NPC instead of click through all the players. You can also just hold the X key on PC to hide all player names.

At this point in the quest, you’ll have to speak to a few people around Costa del Sol and then you’ll be tasked with completing a FATE called A Blizzard of Bombards. This FATE spawns on the nearby beach. It seems to happen every few minutes, so just wait in the right spot with the crowd of players until it shows up. 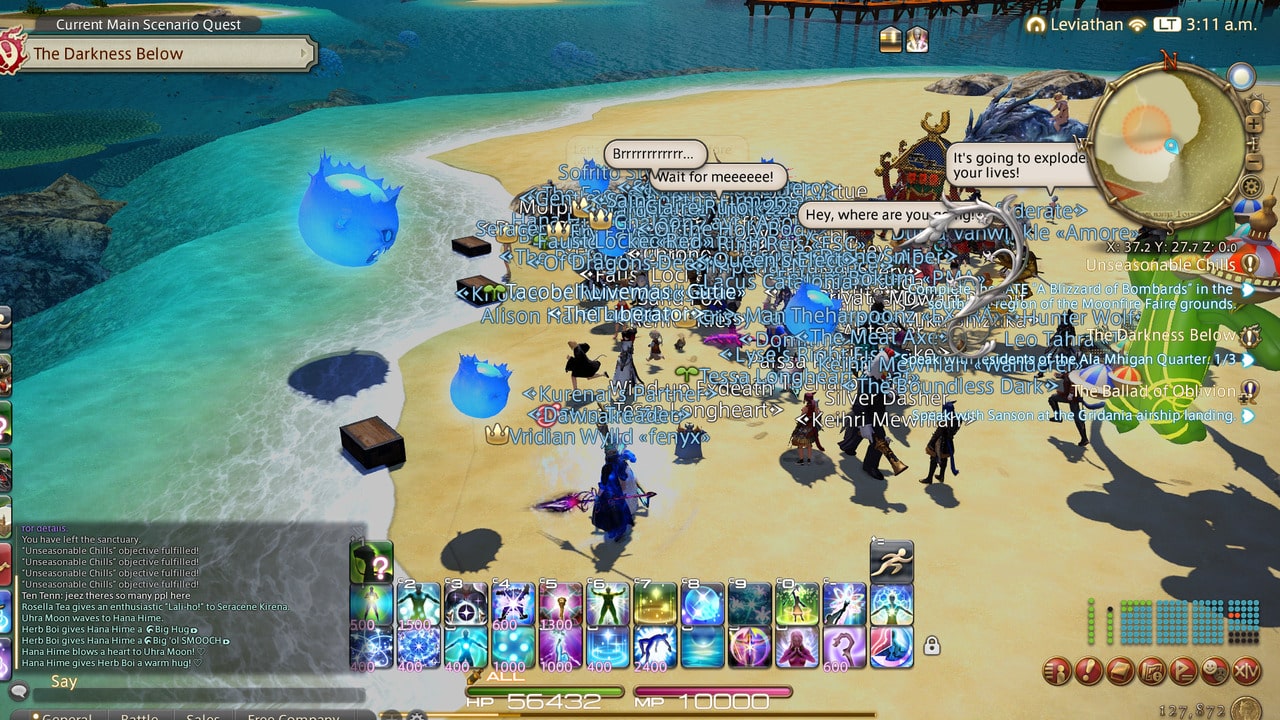 Getting the Polar Bear Mount

With that quest out of the way, it’s finally time to get the polar bear mount. Accept the nearby quest called A Treat to Beat the Heat from Nekeke. All you have to do is speak to a handful of people nearby. Once you’ve talked to everyone, return to Nekeke to claim your prize. Use the Polar Bear Horn in your inventory to add the mount to your collection. The Polar Bear also has an emote that you can use by clicking Crystal Ice on your pet hotbar. 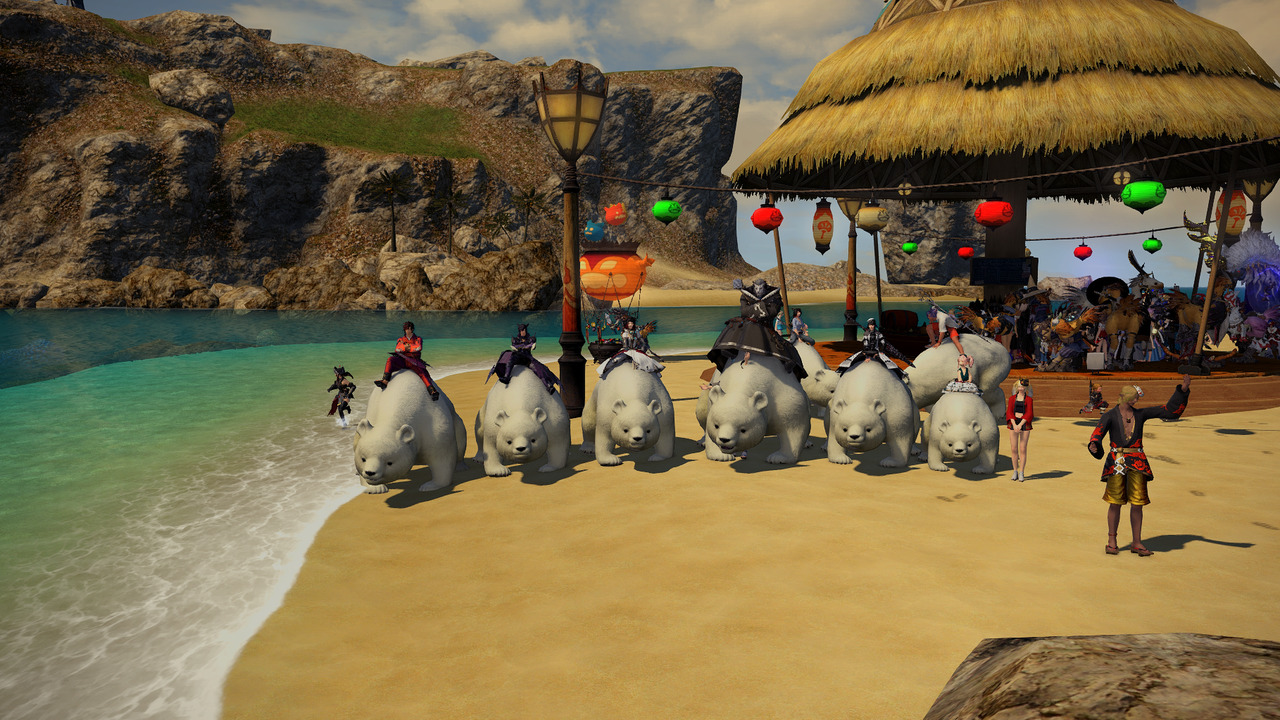 There are plenty of other Moonfire Faire rewards to earn during the event, including a Moonfire Mask Stall, Costa del Hielo, and Grilled Corn. The event will run from August 13 to August 26, so you only have two weeks to get the mount and other items before they’re gone for good.

Home / Game Guides / FFXIV Moonfire Faire 2021: How to Get the Polar Bear Mount