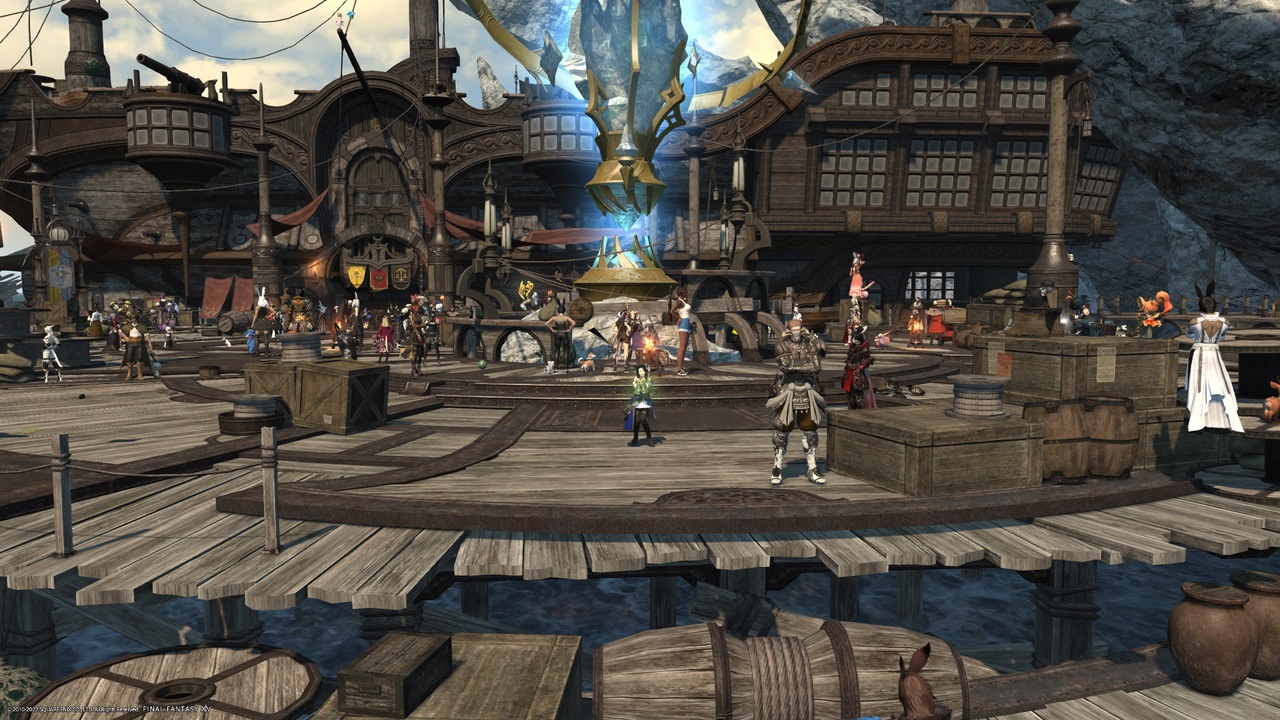 Final Fantasy XIV has skyrocketed into the upper echelons of popularity as always with the latest patch which brought a host of additions and changes to the experience. There of course is the major PVP updates and alterations so knowing which job to play as for the latest patch can be a daunting prospect. This guide article will list some of the best FFXIV PVP jobs for patch 6.1.

Given the sheer number of jobs available for players within the experience, there will always be jobs that players personally prefer more than others. This is an excellent trait of many MMOs, the ability for varying playstyles to come into fruition throughout many different components of the game. Listed below will be a personal ranking of the community’s favorite PVP jobs top to bottom in relation to the new patch and why they are still some of the best jobs for rushing into PVP with.

With patch 6.1, Machinist still remains one of the strongest contenders for the best PVP job in the experience. Boasting excellent mobility and high damage rates with efficiency, there is an excellent chance for making a big impact on the battlefield. Of course, this pick can’t be given without mentioning the ‘Marksman’s Spite’ Limit Break which literally lets your character use pretty much a sniper rifle for 36,000 potency to the enemy targets.

The Ninja is another strong pick for PVP with excellent abilities that can turn the tide of any battle you may find yourself within. Whether you are sticking to the pack with your other teammates or diverging a little to get the flank on enemies, with Ninja you will be weaving through the battlefield with extreme prowess and dispatching of enemies in some of the most stylish ways possible. With abilities/spells such as the ‘Hyosho Ranryu’ that will deal 16,000 potency you will certainly be making the enemy remember your name.

This particular job was a favorite of many in the early days of PVP for Final Fantasy XIV. Players have still been flocking to it for PVP and with the latest patch the opportunity for utilizing it for maximum chaos and support within the modes. The Limit Break in particular can be a wonderful addition to any team as the ‘Final Fantasia’ Limit Break will allow you to increase nearby party members damage by 5% and also fill their Limit Break gauge for 30 seconds while the ‘Heroe’s Fantasia Effect’ is applied to them which is resultant of the Final Fantasia Limit Break cast.

As for the effects you’ll get from the Limit Break, you will have your weapon skill cast time and recast time reduced by 10% and have a faster movement speed.

Up next is the Dragoon job. There are many reasons why Dragoon has been a fan-favorite job for a while. Whether it be the AOE abilities that deal immense damage towards enemies or the excellent jumping abilities. Following that, with patch 6.1, the roots of the Dragoon still remain and so if you are used to playing with Dragoon then you will be happy to know that you can take advantage of the main ability alterations for the job.

The Red Mage will be a brilliant magical ranged DPS job to bring into PVP. For a while, this job has been making the rounds throughout the many PVP modes for its high damage output and vast array of abilities that allow for effective combos and ultimately bringing support to teammates and yourself with the set of abilities that are indeed on offer for you.

Another mage to add to the job list. You will be the healer to recall on the battlefield with abilities that ensure you are supporting all of your teammates around you. Not only that, but you will also have spells that deal immense potency damage to enemies and so along with healing others, you can also be decimating the opposition’s chances at winning the match against you in patch 6.1.

Every job has its benefits for PVP, including the jobs not mentioned here. With 19 jobs to choose from, there truly is something for everything for PVP. Whether you are planning to play through the new Crystalline Conflict mode or simply planning to jump into some PVP Roulette. These jobs will keep the enemies on their toes as you are leaving them in the dust.