Fire Emblem Three Houses How to Get Seals

Seals will be required if you want to take Certification Exams. 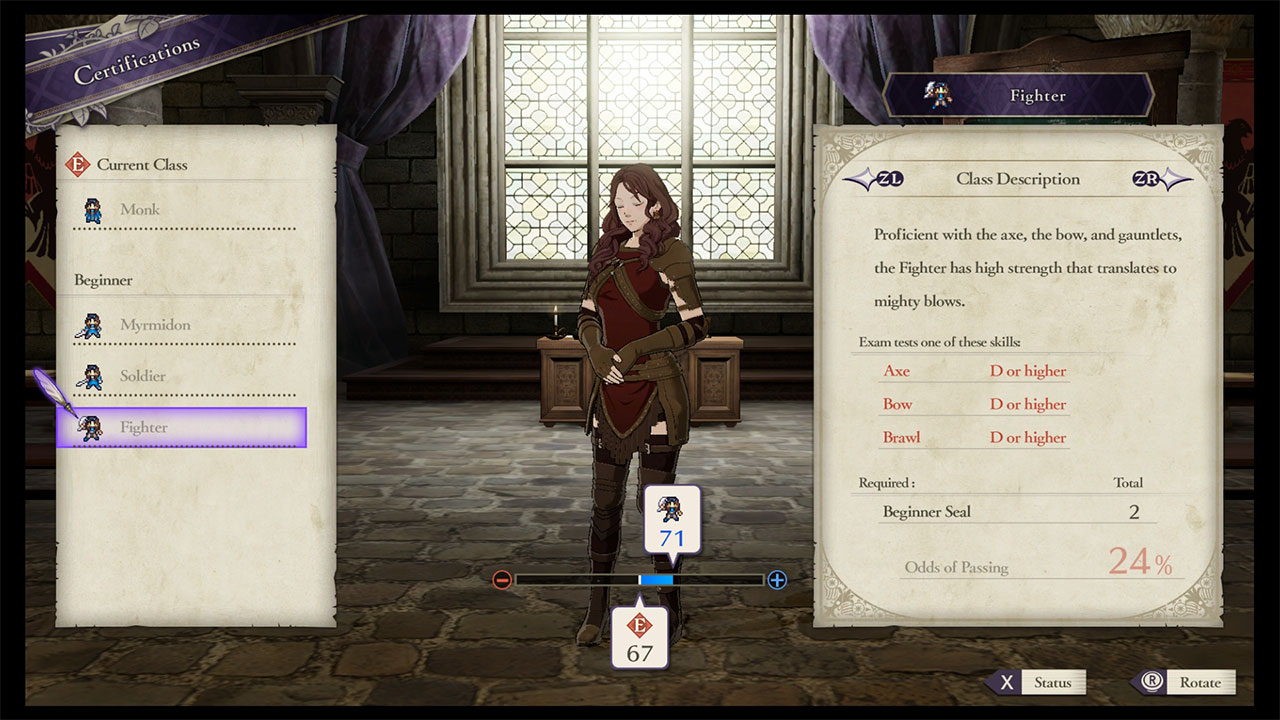 The Beginner and Intermediate Seals will be pretty easy to come by in missions in the early goings of Fire Emblem Three Houses.  These seals will drop by completing missions and they can also be purchased in the Marketplace for 500 and 1000 Gold Respectively.

Master Seals can be purchased in the original item shop, but a second items shop will open in Act which will have a better supply of Master Seals to upgrade characters.

There are a couple of different opportunities to get the Dark Seal which is used to create a Dark Magic character.  Your chances to get the Dark Seal will be when you encounter the Dark Knight.  The Seal can be stolen from the Dark Knight with the right class, or it can be earned if you defeat the Death Knight.  You’ll first encounter the Death Knight when you play the mission Assault at the Rite of Rebirth.  While it’s recommended to steer clear of this enemy when you first encounter him, beating him will reward you with this powerful item.