Visit these DC superheroes to unlock the Clark Kent skin. 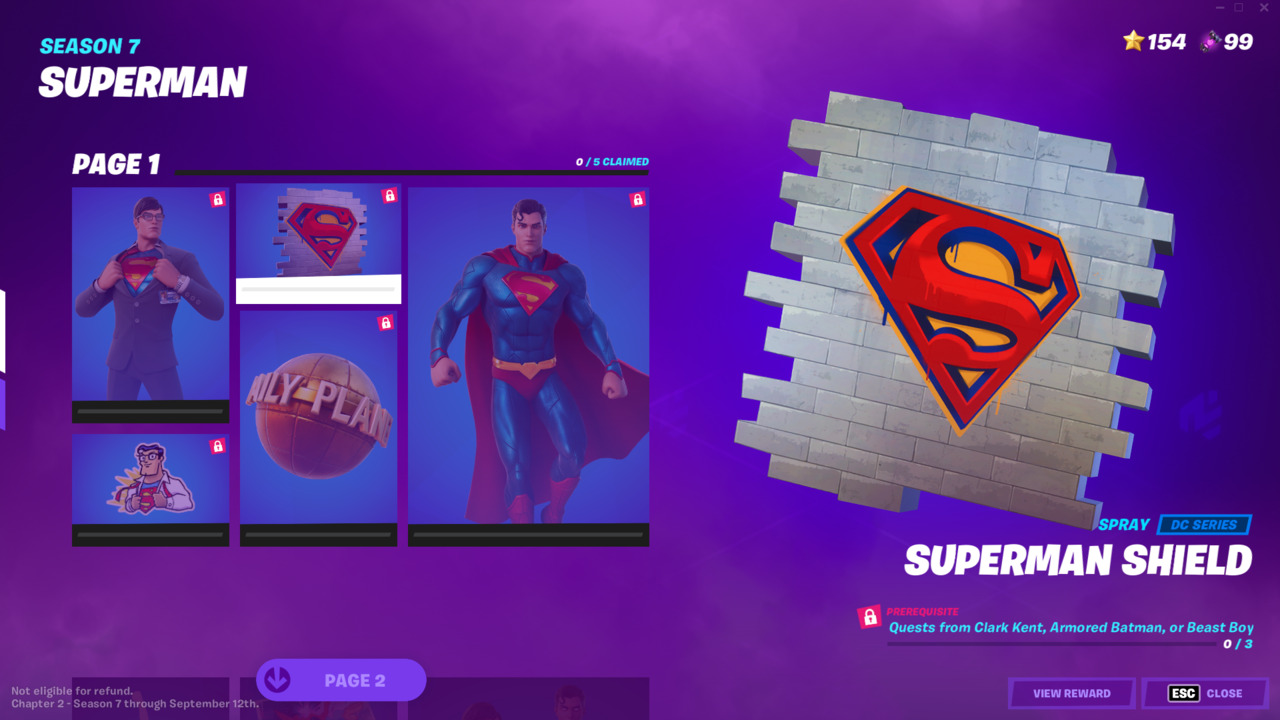 The Superman challenges are now live in Fortnite, and players must complete quests from Clark Kent, Armored Batman, or Beast Boy in order to unlock the new cosmetics. Now that Superman has arrived on the island, other DC superheroes have followed in his footsteps. Clark Kent, Armored Batman, and Beast Boy can now be found in set spots around the island, giving out quests like other NPCs. Here’s where to find them. 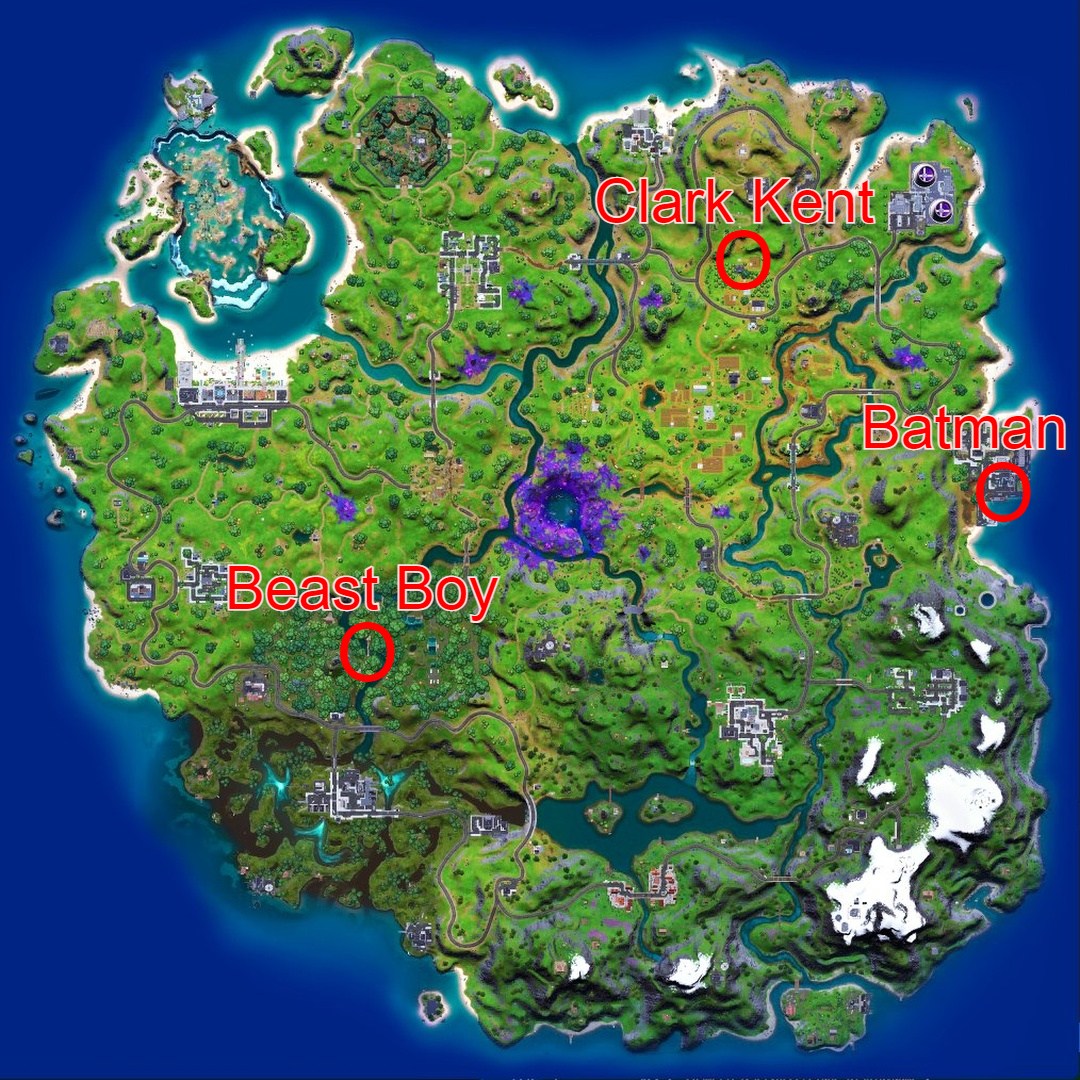 Clark Kent is located at The Orchard to the north of Corny Complex, Armored Batman can be found on the southern side of Dirty Docks, and Beast Boy can be found wandering around the middle of Weeping Woods near the bridge. To recap, here’s where you can find all three of these DC superheroes:

Once you find these NPCs, you have to complete quests from them in order to unlock the new Superman cosmetics. They give out quests just like any other NPC. Just talk to them and choose from the list. 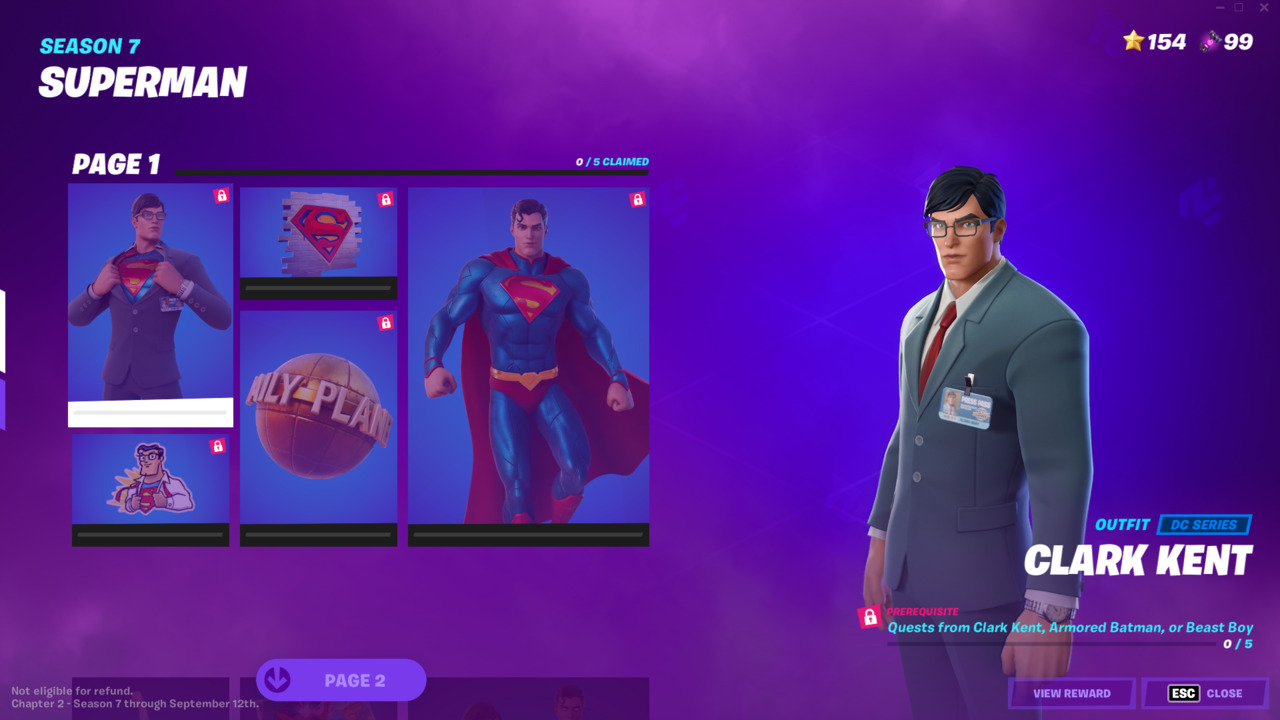 Clark Kent, Armored Batman, and Beast Boy Not Showing Up

We're investigating reports that the Characters needed for Superman's Quests are not appearing on the Island.

We'll provide an update when we have more info. pic.twitter.com/k3dzO29LeU

Some players are reporting that Clark Kent, Armored Batman, and Beast Boy are not appearing on the island, however. If you can’t find them, then you’ll have to wait for Epic Games to provide a fix for the problem. When the issue is addressed, though, you’ll be able to find the three characters at the locations listed above.