Fortnite: How to Damage Wildlife With A Melee Weapon

Dire is here with new quests

Dire, the human-turned werewolf, has made its way to Fortnite Season 8. He was initially added during Season 6 and could be unlocked by reaching Tier 100 of the Battle Pass. Following Fortnite 18.20 update, new NPCs like Dire and Ragsy have arrived in Season 8. Similar to other NPCs, Dire has a fresh new punchcard questline that you can perform.

One of his quests is to damage wildlife with a melee weapon. However, before you can take on this quest, some things need to be taken care of. Here’s a guide on how you can do this quest in Fortnite Season 8.

First and foremost, you need to meet Dire and accept his questline. In Fortnite Season 8, Dire is lurking around Camp Cod, which is a small island southeast of Misty Meadows. As you approach the area, you will notice a chat icon revealing where the NPC is. Once you find him and accept his questline, you will first need to emote at the Weather Station, Fort Crumpet, or Lockie’s Lighthouse. 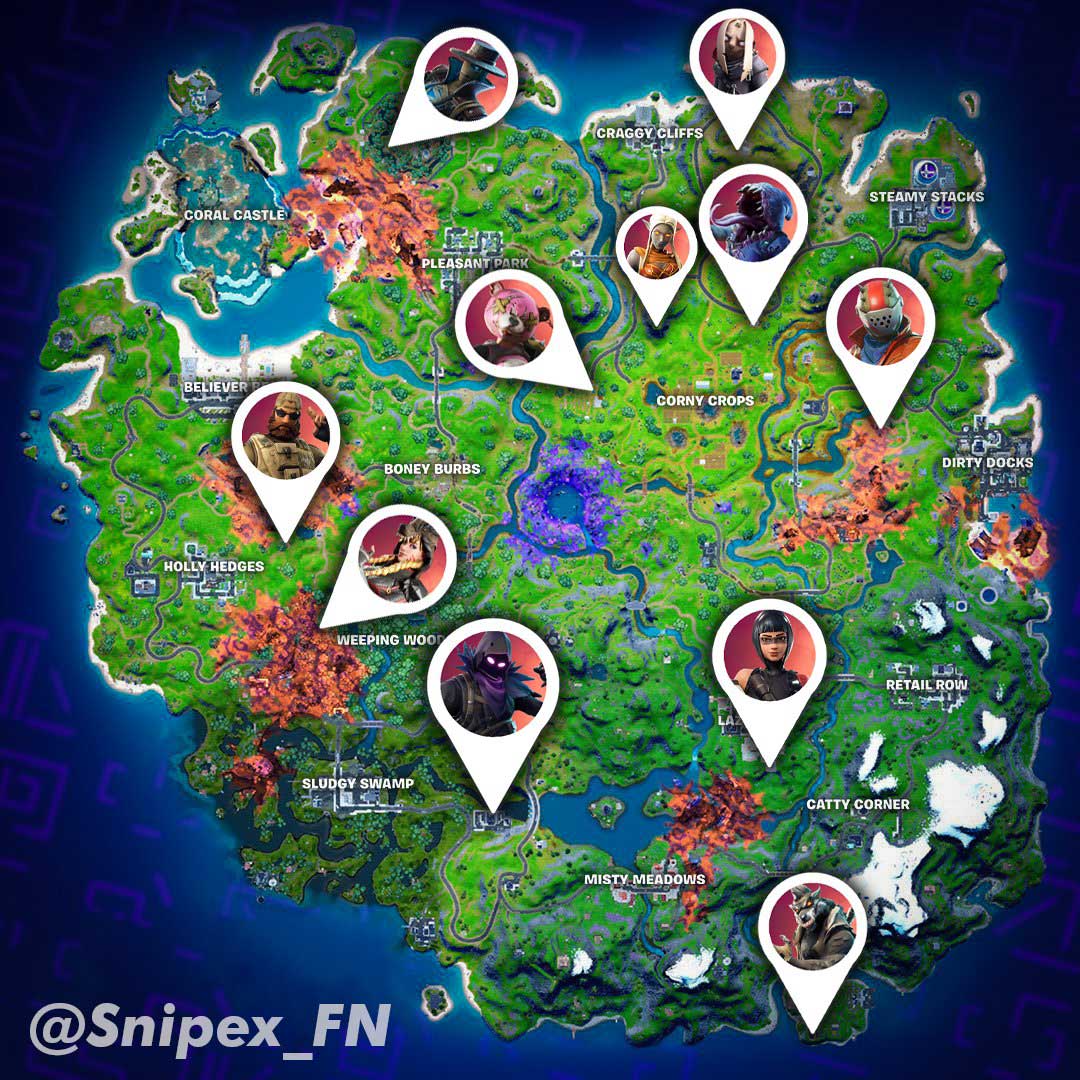 Once that is performed, you can proceed to the second quest: Damage wildlife with a melee weapon. Wildlife or animals are not a new term in Season 8 and have been around for two seasons now. These animals spawn many different locations and are almost anywhere.

In Fortnite, chickens, boars, raptors, and wolves are all part of wildlife. Chickens are the easiest to find and can be spotted on farms. While you can find Raptors in Weeping Woods, boars can be found to the west of Lazy Lake. Wolves are a bit tricky to find and are fierce animals who will attack you on sight. They can typically be found in forested areas, notably those near mountains.

New Challenges for NPCs questline (they will also have punchcards too)

Kill any of these wildlife animals with your trusted pickaxe (the only melee weapon in Season 8 as of now) to complete Dire’s challenge in Fortnite Season 8. The reward for completing this quest is 30,000 XP. Happy hunting!

You can continue on in Dire’s questline, which includes these challenges:

All of the above challenges are live in Fortnite Season 8 and completing all of them will offer you a whopping 150,000 XP.

Home / GAME GUIDES / Fortnite: How to Damage Wildlife With A Melee Weapon