Fortnite: How to Get Gold Lara Croft

A new Lara Croft style has been added to the game. 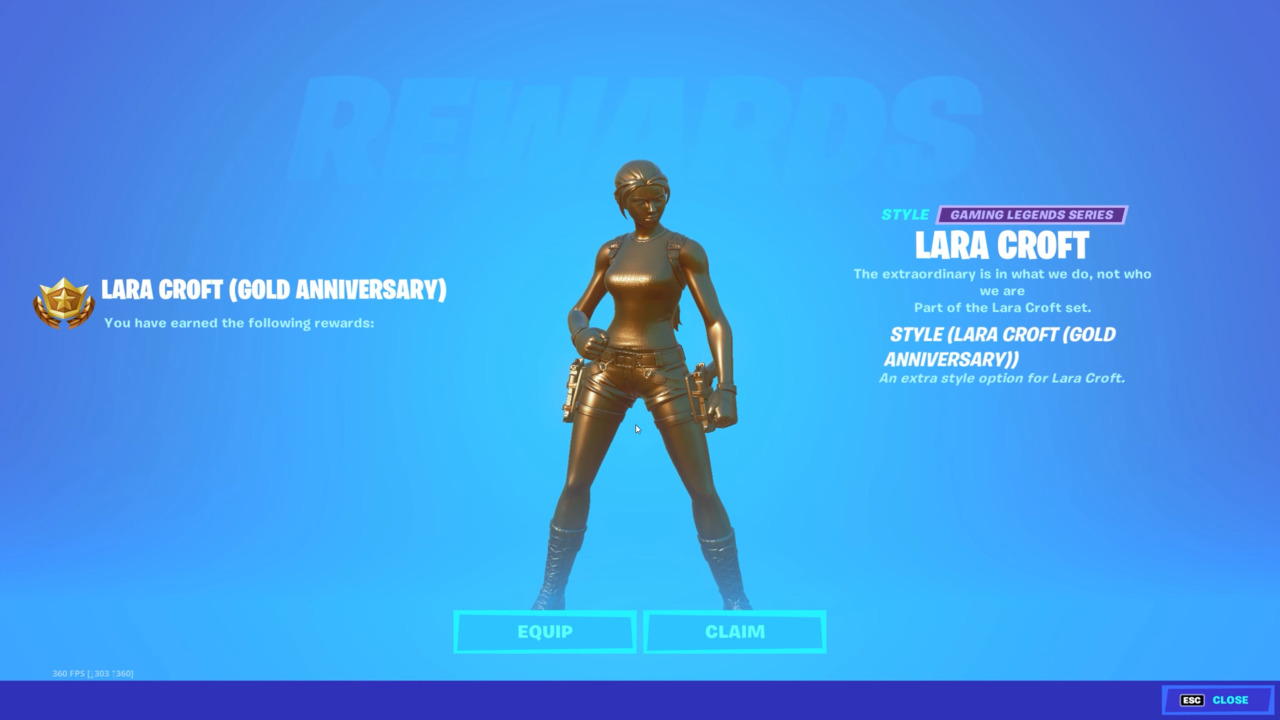 A new Gold style for the Lara Croft skin is now available in Fortnite, and you have to visit a new location on the map and complete a hidden challenge in order to unlock it. The Lara Croft Fortnite skin already has several different styles based on the many iterations of the character over the years, and the Gold style is just a golden variant of one of her existing styles. It’s similar to some of the Level 100+ Battle Pass styles from past seasons. The challenge you need to complete in order to unlock the new style is really simple, but other players can much the process much more difficult than it needs to be. Here’s how to get the Gold Lara Croft style in Fortnite.

How to Get the Gold Lara Croft Style in Fortnite

To get the Gold Lara Croft style, you have to collect a legendary assault rifle located on the new island added to the map in the latest update while wearing the Lara Croft skin. The new island is located off the southwestern coast of the map, just below Flush Factory. 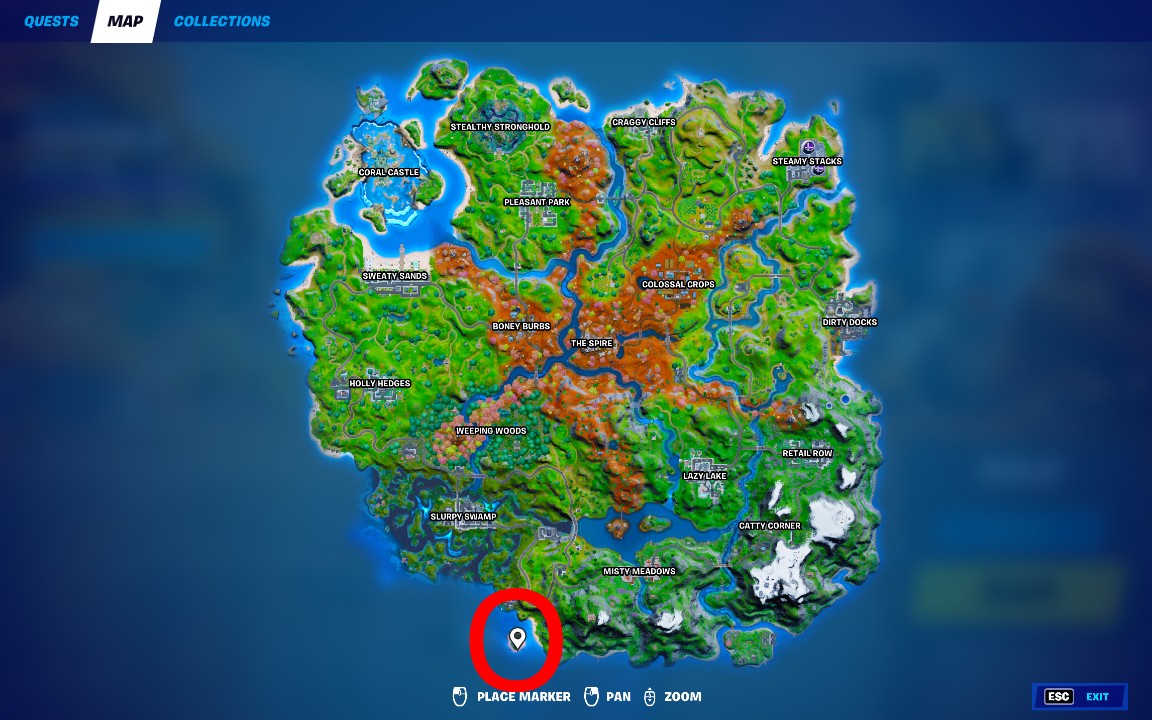 Once you arrive at the island, head inside the ruined structure and find the new NPC named Orelia. Then, pick up the gold scar from the pedestal nearby. Once you pick it up, you’ll be instantly transformed into the Gold Lara Croft style and you’ll permanently unlock the style after the match is completed. When you pick up the scar, Orelia will immediately attack you, so be prepared to either fight or run. Keep in mind you have to be the first person in the match to take the assault rifle in order to unlock the style. If someone else picks up the scar first and you kill them and take it from them, it won’t work.

As always with new Fortnite content, the new location is going to be swarming with players for the next few days. You’ll probably have to drop at the new island several times in order to get your hands on the weapon first. It will spawn in Team Rumble though, so you may have a better chance in that mode since everybody won’t be trying to kill you. Trying to get this challenge done in a battle royale match is just asking for a headache. 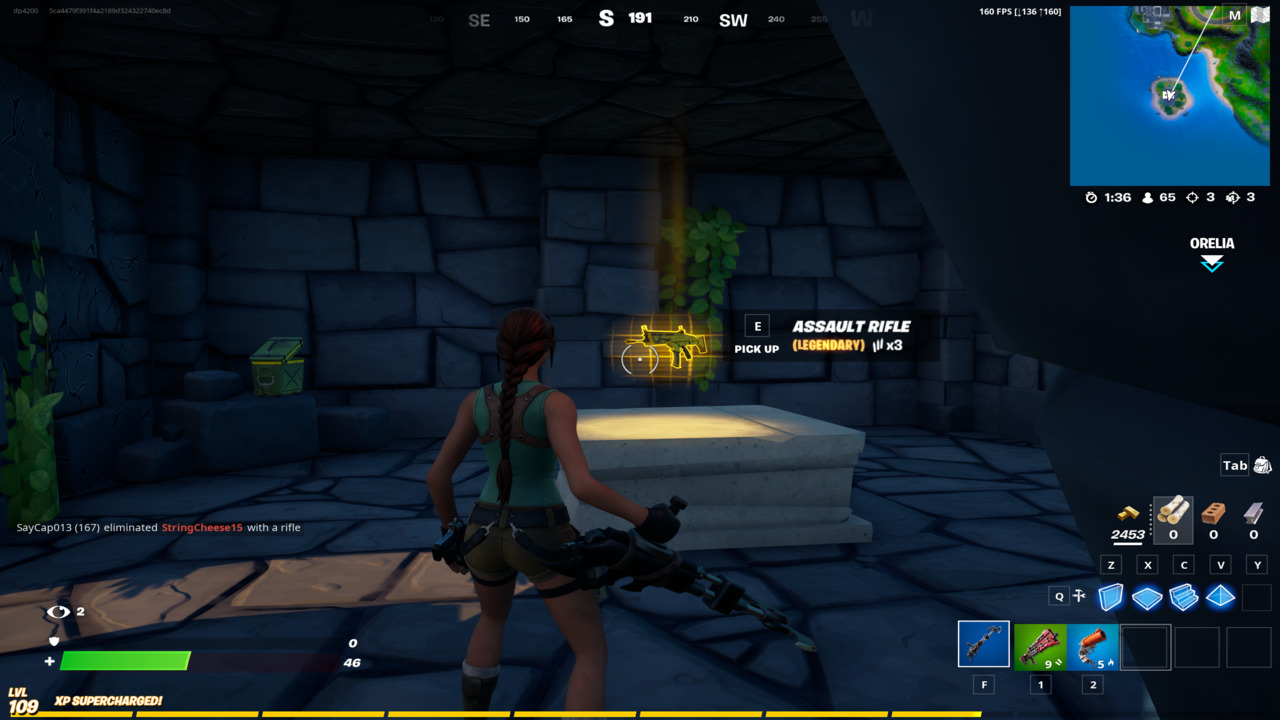 Some players are reporting that this style is not unlocking for them even though they picked up the weapon, but everything should work as long as you do everything correctly. You have to be the first person to pick the weapon up during the match, and you have to be wearing the Lara Croft skin. Some players have said that the challenge didn’t work for them unless they specifically wore the 25th Anniversary style for the Lara Croft skin, so that might be the issue if the Gold style isn’t unlocking for you. This challenge will be available throughout the rest of the season though, so if you’re having trouble getting it done for any reason, you can always return to this island and pick up the weapon in a few days once most people have moved on and forgotten about it.

Home / Game Guides / Fortnite: How to Get Gold Lara Croft