Fortnite – How To Get The Chug Cannon (Slurp Bazooka)

Keep your teammates and yourself healthy. 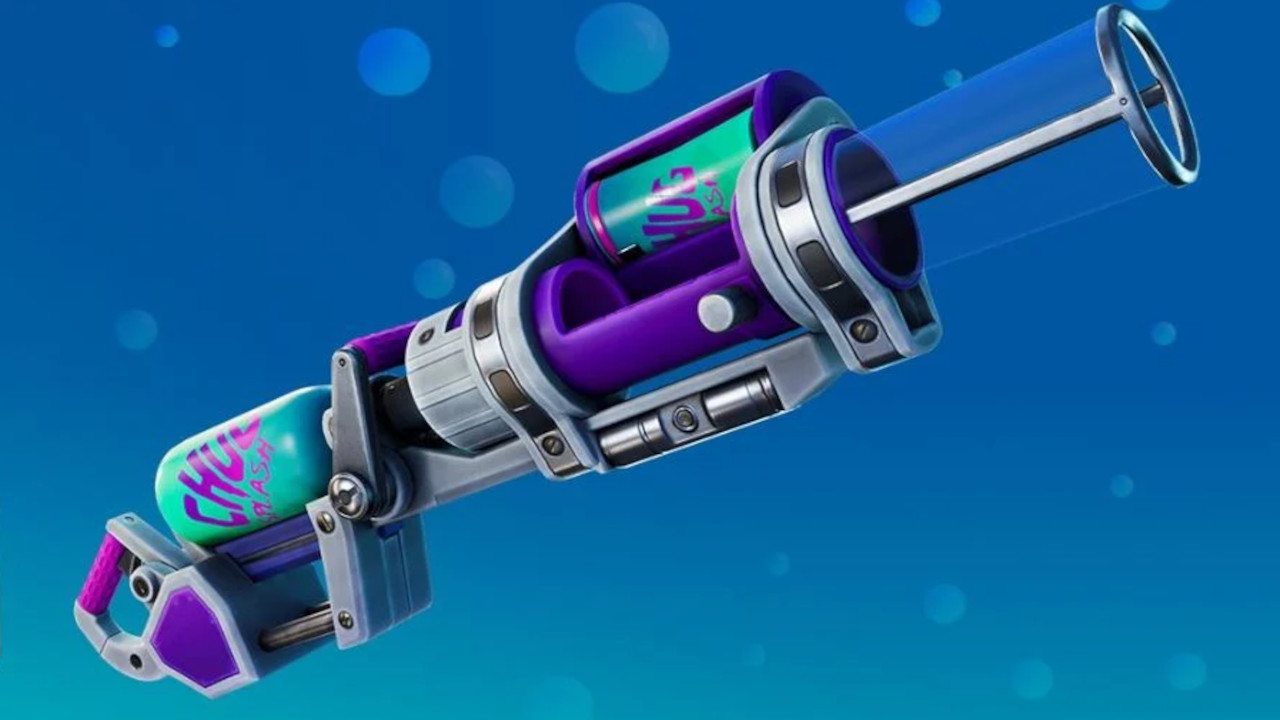 Fortnite’s Chapter 2 Season 5 kicked off back in December and has seen the addition of a lot of content, which is nothing knew for Fortnite. With the latest update that just came out, the game added two additional exotic weapons, including the Chug Cannon that was previously known as the Slurp Bazooka when it first leaked. This weapon is available in the game now and this guide will tell you how to get the Chug Cannon (Slurp Bazooka) in Fortnite Season 5.

How To Get The Chug Cannon (Slurp Bazooka)

Acquiring new weapons in Fortnite is always important, as it allows you to try out new things and better your overall arsenal. They aren’t always easy to find either, as you have to know just where to look for it on the map to obtain it.

The Chug Cannon is a very useful weapon in the game on the defensive side rather than the offensive, as it heals you or your teammates when it is fired at them. This makes it similar to the Bandage Bazooka that was vaulted in the past.

As with the other exotic added in this update, the Chug Cannon will cost you 600 Gold Bars, so keep playing matches to obtain enough Gold Bars for this. After that, you need to go out in search of a specific NPC named Remedy that will spawn in one of two places in the match. These two locations are near Pleasant Park at Hilltop Hill or in Craggy Cliffs. It is random which she will appear in though, so you may have to check both to come across her.