Fortnite Lightsaber Locations: Where to Find All Lightsaber Types and Colors

An elegant weapon for a more civilized age. 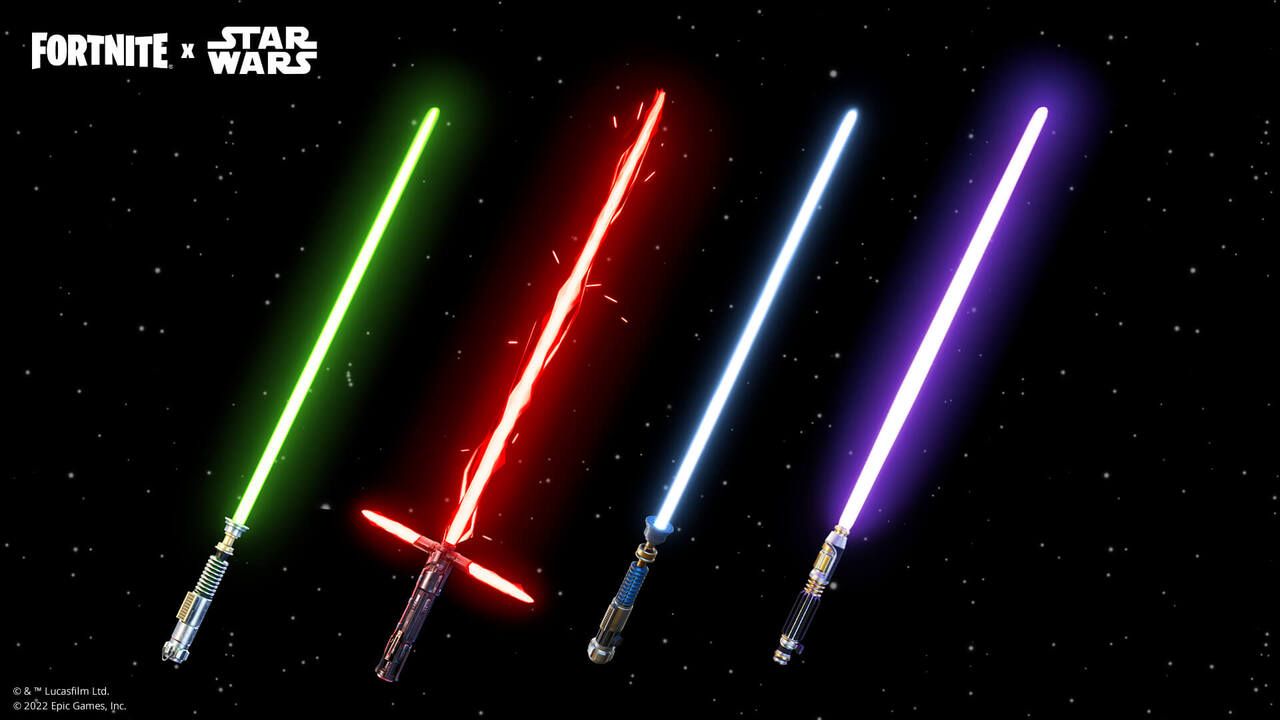 Fortnite is celebrating Star Wars Day with all new challenges and cosmetics, and you can get your hands on your very own Lightsaber once again now that Epic Games has unvaulted this fan-favorite item. While the other new weapons like the Mythic-rarity E-11 Blaster Rifle are exciting enough, Lightsabers are the real star of the show in the latest update.

There are four types of them in total, each with a different color. The green one belongs to Luke Skywalker, the red one is Kylo Ren’s, and the purple Lightsaber belongs to Mace Windu. The blue Lightsaber is back again too, only this time it is Obi-Wan’s Lightsaber instead of Rey’s to commemorate the upcoming Disney Plus series.

These weapons will only be available for a limited time along with the other Star Wars additions, so make sure to grab them while you can. Here’s how you can get a Lightsaber in Fortnite.

How to Get a Lightsaber in Fortnite

Lightsabers can be found as normal ground loot and in chests all over the island. They’re Mythic-rarity, so they can be hard to find. Basically, you can find them anywhere you can find other weapons and items.

Just like most collaboration weapons and items, pretty much every other player in the lobby will be searching for Lightsabers. It’s really easy to spot someone wielding one, so if you spot a wannabe Jedi, you can always take them out and claim theirLightsaber for yourself.

All four Lightsabers are identical outside of their appearance, so even if you don’t find your favorite character’s Lightsaber, you won’t be at any disadvantage.

How to Block Hits With a Lightsaber

Once you obtain a Lightsaber, you can get started on the only Lightsaber-centric challenge included in the batch of new Star Wars Day quests. This challenge requires you to block 10 hits with a Lightsaber. To do so, just hold the aim button with a Lightsaber equipped. This is done by pressing right-click on PC and L2/LT on consoles.

When blocking, you will block any incoming bullets from the front. You won’t block every single incoming bullet, but you will prevent a large chunk of them from hitting you. You only need to deflect 10 shots to complete this challenge, so you can get it done in one or two enemy encounters. Keep in mind that you only deflect from the front, so watch out for flanking foes.

Along with Lightsabers, a bunch of other Star Wars stuff has arrived in Fortnite in the latest update. Stormtrooper Checkpoints have been established around the island, and you can speak to a Stormtrooper to buy the E-11 Blaster Rifle for 100 Gold Bars. If you’re not a Star Wars fan, then the Prowler quests are still available, and the latest Resistance Quests are now live as well.

Attack of the Fanboy / GAME GUIDES / Fortnite Lightsaber Locations: Where to Find All Lightsaber Types and Colors