Fortnite: Where to Find the Thief and the Last Log

Head to Colossal Crops to complete this quest. 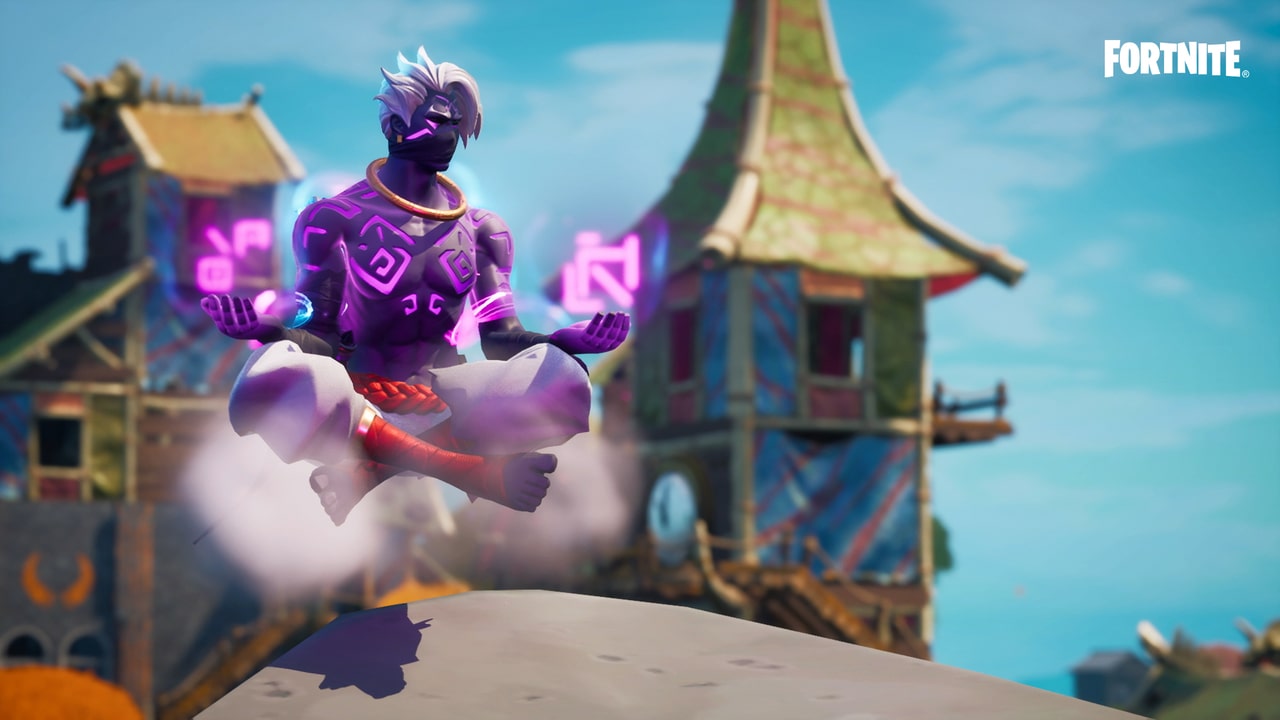 The Season 6 storyline is picking up. The first set of Spire challenges has been added to Fortnite, and one of these challenges involves finding the thief somewhere on the island. Once you find the thief, you’ll also be tasked with finding something called the last log. This character and item will provide some more insight into the Spire and what’s going on on the island, so those that have been keeping up with the lore should be excited. You’ll unlock these challenges after talking to Tarana and finding artifacts in Boney Burbs. Here’s where to find the thief and last log in Fortnite.

Where to Find the Thief in Fortnite

The thief is Raz, who can be found at Colossal Crops. He is located on the upper floor of the large central building. Because he’s just an NPC, keep an eye out for the speech bubble icon and you’ll find him in no time. 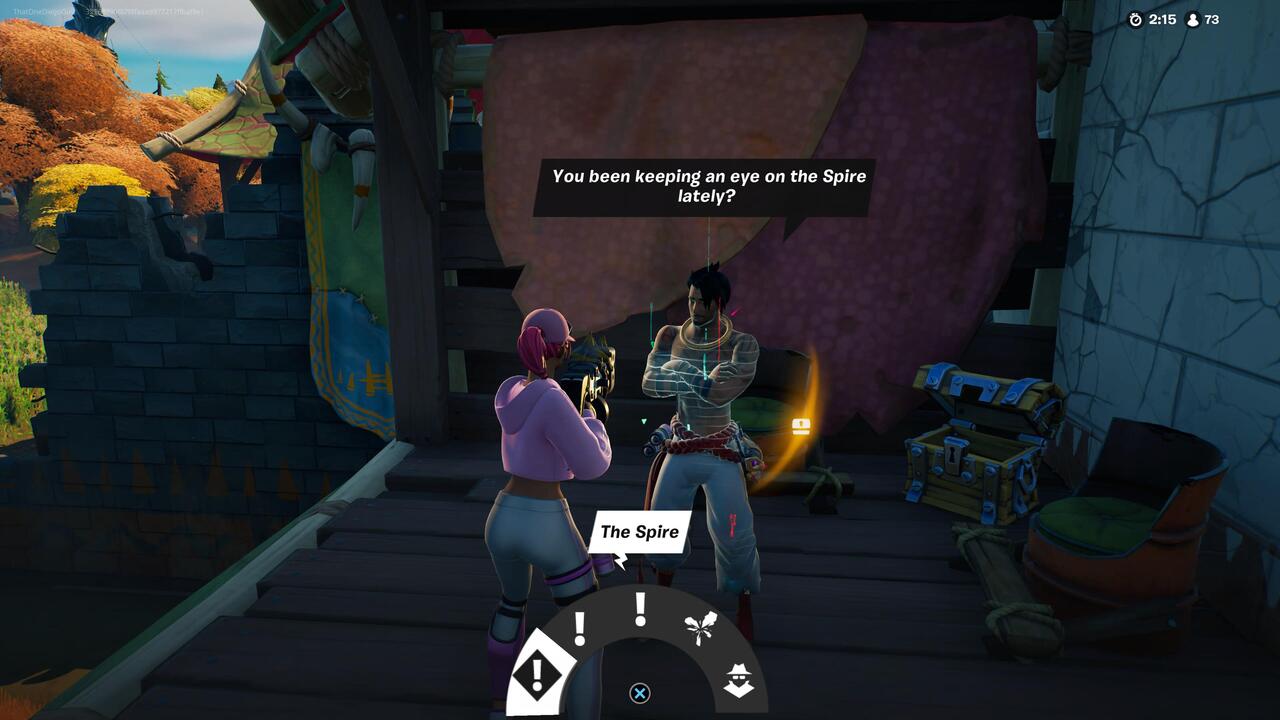 Because Colossal Crops is a popular drop spot and tons of players are trying to get their challenges done, watch out for enemies when you’re on your way to Raz. Once you find him, speak with him and select the Spire option. After exchanging a few words, he’ll give you your next Spire quest: finding the last log.

The last log is not far from Raz, so you won’t have to go too far out of your way to get this challenge done. After talking to Raz, jump down off the balcony and face the cornfield. The last log is wedged in a brick wall that’s connected to the west side of the building where Raz is. It has a distinct blue glow so it’s hard to miss. 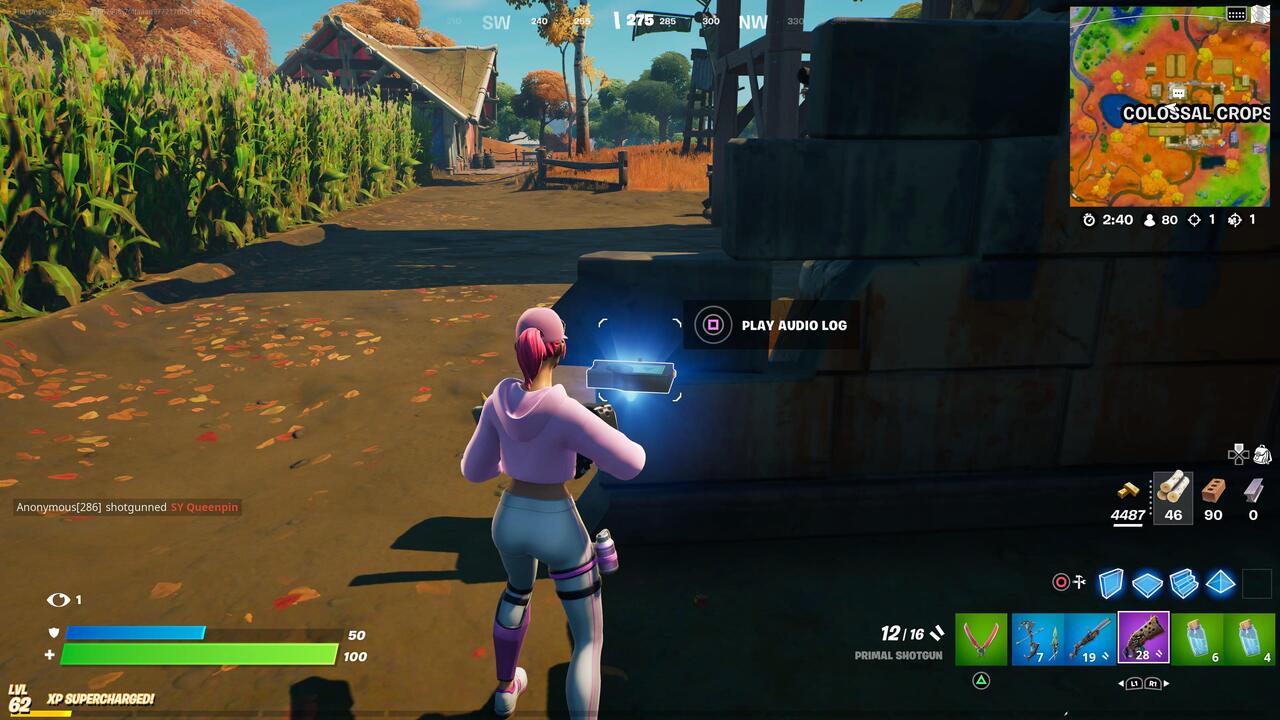 After picking it up, some mysterious dialogue will play. This is likely setting things up for later in the season, but for now, it doesn’t tell us much at all. With the log in hand, return to Raz and he’ll give you the next quest step. You’ll have to complete 5 uncommon or rarer quests while Raz decodes the log, but once he’s done, you’ll have much more work to do.

Home / Game Guides / Fortnite: Where to Find the Thief and the Last Log