Genshin Impact 2.4 Keqing: How to get Keqing’s new Skin

Check out how to get Keqing's new outfit As Keqing is without a shadow of a doubt one of Genshin Impact‘s most beloved characters, the whole community was over the moon when miHoYo finally revealed, in the Special Program focused on the game’s upcoming version ”Fleeting Colors in Flight”, the look of her new skin “Opulent Splendor”. But how will players be able to get the new skin for the Yuheng of the Liyue Qixing? With that said, we will now tell you how to get Keqing’s new skin (outfit), “Opulent Splendor”, on Genshin Impact’s version 2.4 “Fleeting Colors in Flight.”

How to get the new Keqing Skin in Genshin Impact’s Version 2.4

Players will be able to get “Opulent Splendor”, the new skin for Keqing, by buying the outfit on Genshin Impact’s Character Outfit Shop. The skin will be a permanent addition to the game’s shop after the debut of version 2.4. With that said, those that buy it during its discount period, set to take place from the debut of version 2.4, on January 5th, 2022, to February 14, 2022, will be able to get the skin for 1,350 Genesis Crystals. After the discount period expires the skin will be available for 1,680 Genesis Crystals. In an official post on HoYoLab, miHioYo revealed that Keqing’s new character outfit, “Opulent Splendor”, is her formal wear. 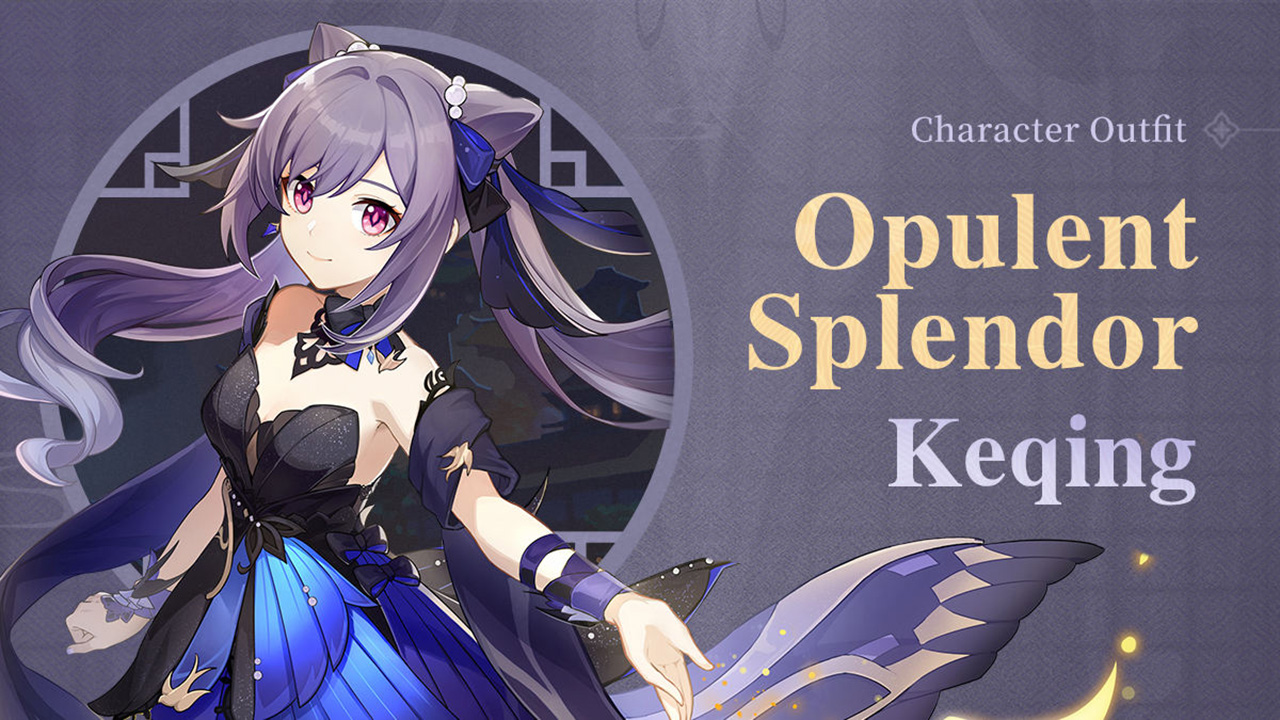 Genshin Impact’s version 2.4 ”Fleeting Colors in Flight” is set to debut, as we said above, on January 5th, 2022. The version will bring to players not only the new Ningguang and Keqing skins, but will also feature the debut of two new characters, 5-star Cryo Polarm Shenhe, and 4-Star Geo Polearm Yun Jin. The version will also feature the debut of the game’s new region of Enkanomiya. You can check out how to get Ningguang’s new skin “Orchid’s Evening Gown”, here.