Genshin Impact: A Yoimiya Build Sure to Set the Battlefield of Fire 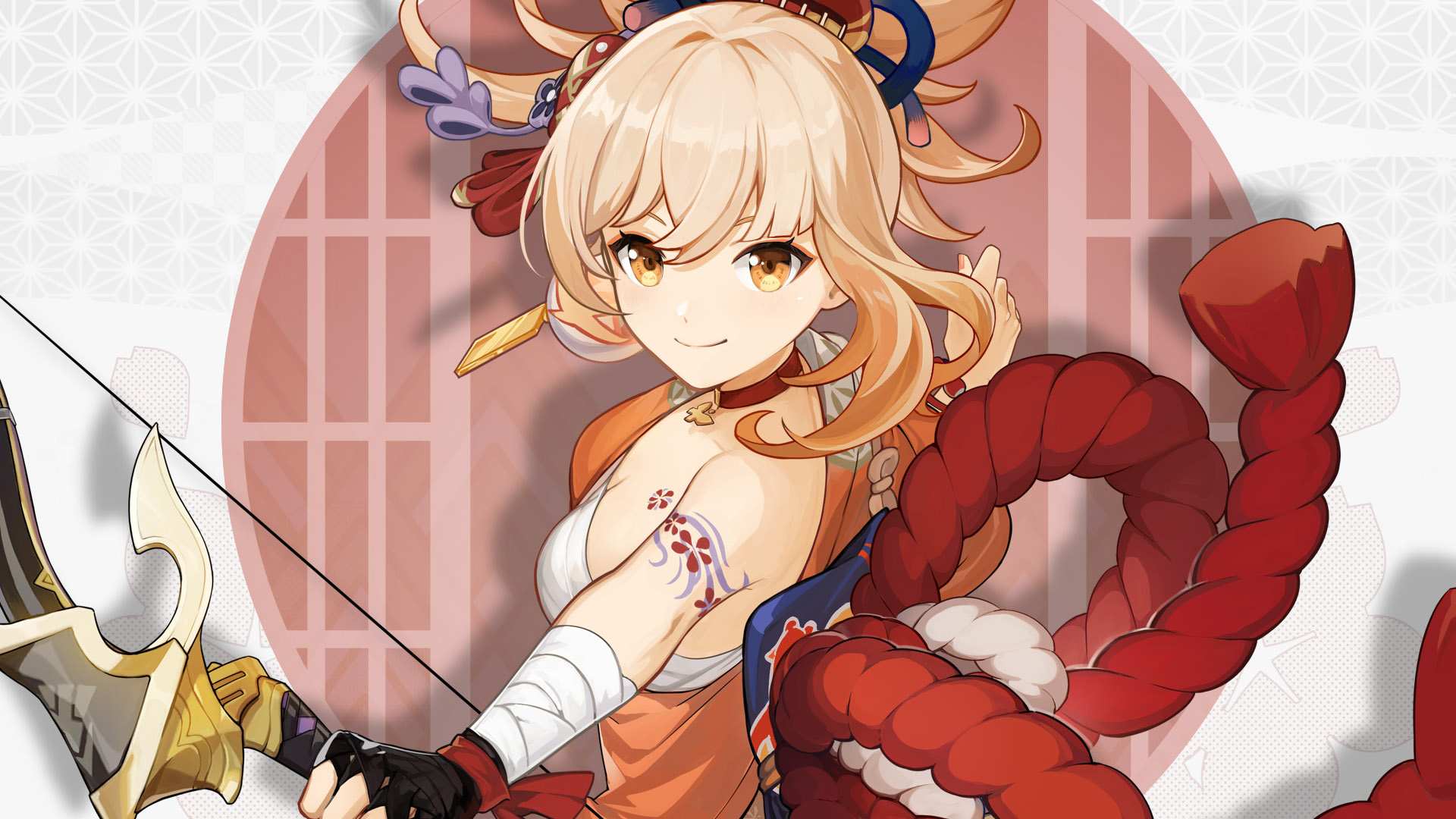 Genshin Impact‘s version 2.0 second event wish banner, featuring Yoimiya, will debut later today. So, with that in mind, we will now show you a Yoimiya Elemental DPS build sure to set the battlefield on fire.

Yoimiya is a character which playstyle is mainly focused on dealing high elemental damage often, by making use of her Elemental Skill ”Nawabi Fire-Dance” to enhance her normal attacks with Pyro, which coats them in the element and increase their damage.

With that in mind, just like with many, if not all, of the game’s best Pyro DPS’s, a 4-piece Crimson Witch of Flames set is by far the best for her since it offers a 15% boost in Pyro Damage, as well as a boost in elemental reaction damage, which, for this Yoimiya build, will allow her to deal massive damage.

It’s recommended that you make use of both a Pyro Damage Plus Goblet of Eonothem and a Crit Rate Circlet of Logos.

Since, as we said above, Yoimiya’s kit relies heavily on her normal attacks, between all the 5-star weapons in the game, our main choice would be the new Thundering Pulse bow, since it offers not only a huge ATK increase, of at least 20% but also an increase in normal ATK damage. The weapon’s secondary stat, CRIT DMG, is also perfect for Yoimiya since her ascension stat is CRIT Rate. The Skyward Harp bow, thanks to its CRIT Rate substat and their CRIT DMG increase offered by its passive would be our second choice.

Between all 4-star weapons, the Rust bow would be our main choice, since it offers a huge, and I mean HUGE, boost in normal ATK damage, while also increasing overall ATK.

Which Talents to Prioritize?

You should prioritize her normal/charged ATK’s and Elemental Skill first, since they will be her main source of damage.

Since Yoimiya is a Pyro DPS, making use of Hydro supports such as Barbara and Xingqiu can work wonders, especially the latter, which, with his Elemental Burst, can apply the element to faraway enemies, taking Yoimiya’s overall damage to new heights.

In general, for this Yoimiya build, we recommend the use of characters able to apply either Cryo or Hydro to enemies frequently, allowing Yoimiya the opportunity to trigger the Melt and Vaporize reactions as much as possible.

Home / Game Guides / Genshin Impact: A Yoimiya Build Sure to Set the Battlefield of Fire