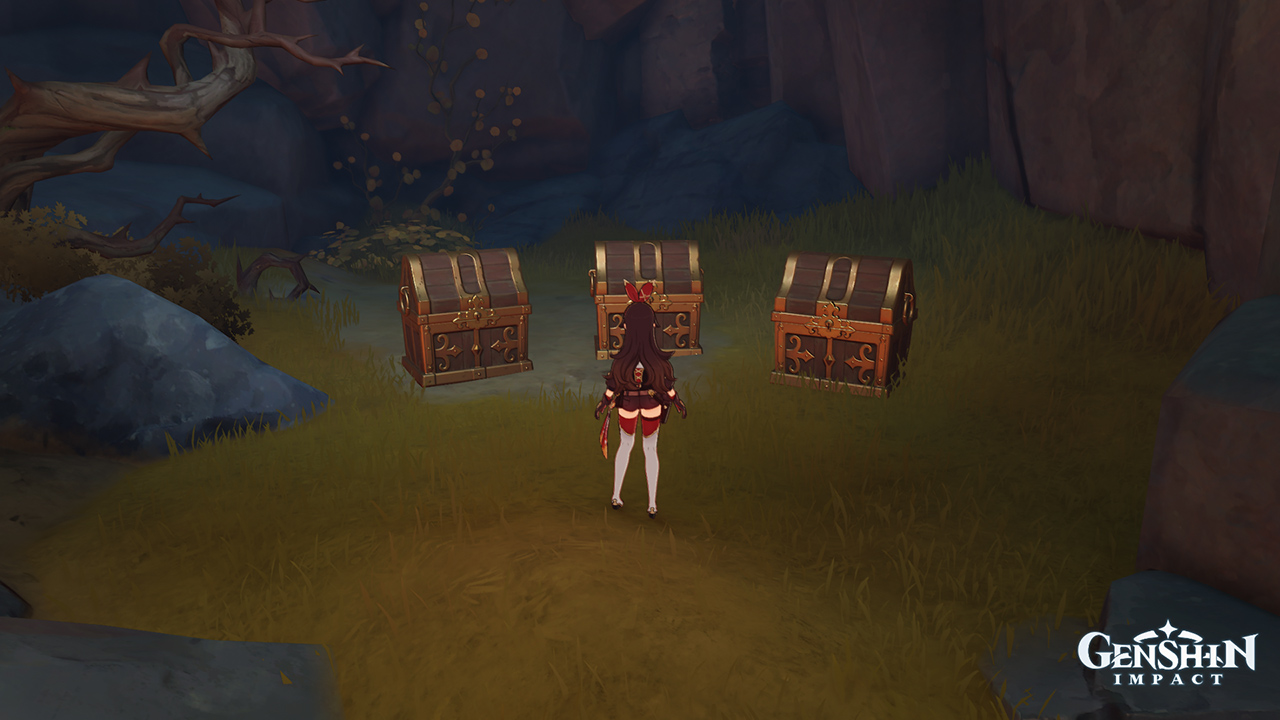 Genshin Impact‘s version 2.8 is currently underway, allowing players the chance to revisit the Golden Apple Archipelago, now filled with a wide array of new chests and puzzles. With that said, one of the said puzzles is the Broken Isle Pyro Pillar Puzzle, which becomes available after players advance through the event’s third main chapter, and rewards them with Three Precious Chests. But how can you solve the puzzle? Now, to answer that and more here’s a step-by-step guide on how to solve the Broken Isle Pyro Pillar Puzzle and unlock the three Precious Chests in Genshin Impact.

To get the Three Precious Chests located in the lower level of Broken Isle you first need to change the area to its alternative configuration, so that a cave is featured east of the drum (west on the map). We recommend that you enter the cave with either Amber or Yoimiya on your team, as you will need to light up both devices and torches. You can check out the location of the cave below: 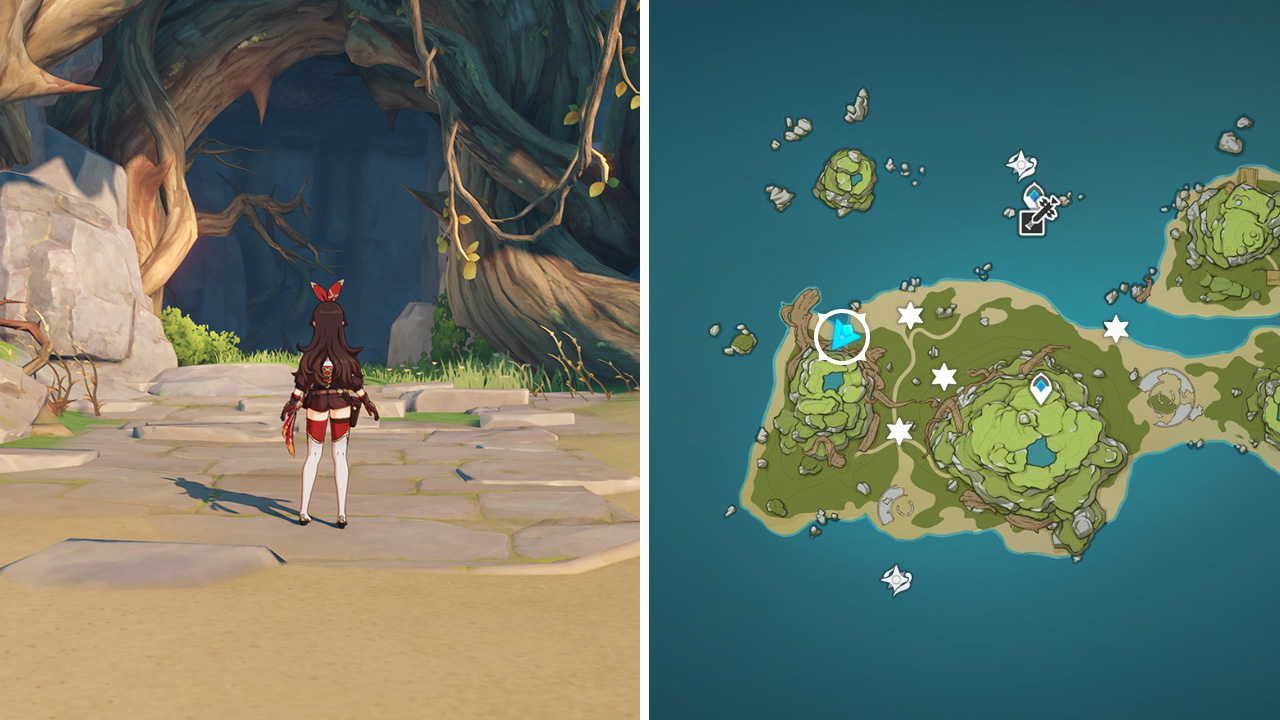 Once inside that cave, just drop down to the lower level and light up the four torches, which will allow you to light up the Pyro pillar and unlock the next area. After doing that, dive into the water and go towards the torch on the left, light it, and then head towards the second Pyro pillar. Behind the pillar, you will be able to find 2 torches as well as a door leading to the third one. After crossing the door, light up the torch and unlock the room by interacting with the lever placed at the side of the gate. After doing that, return and light the pillar, which will drain the water from the lower half of the area. 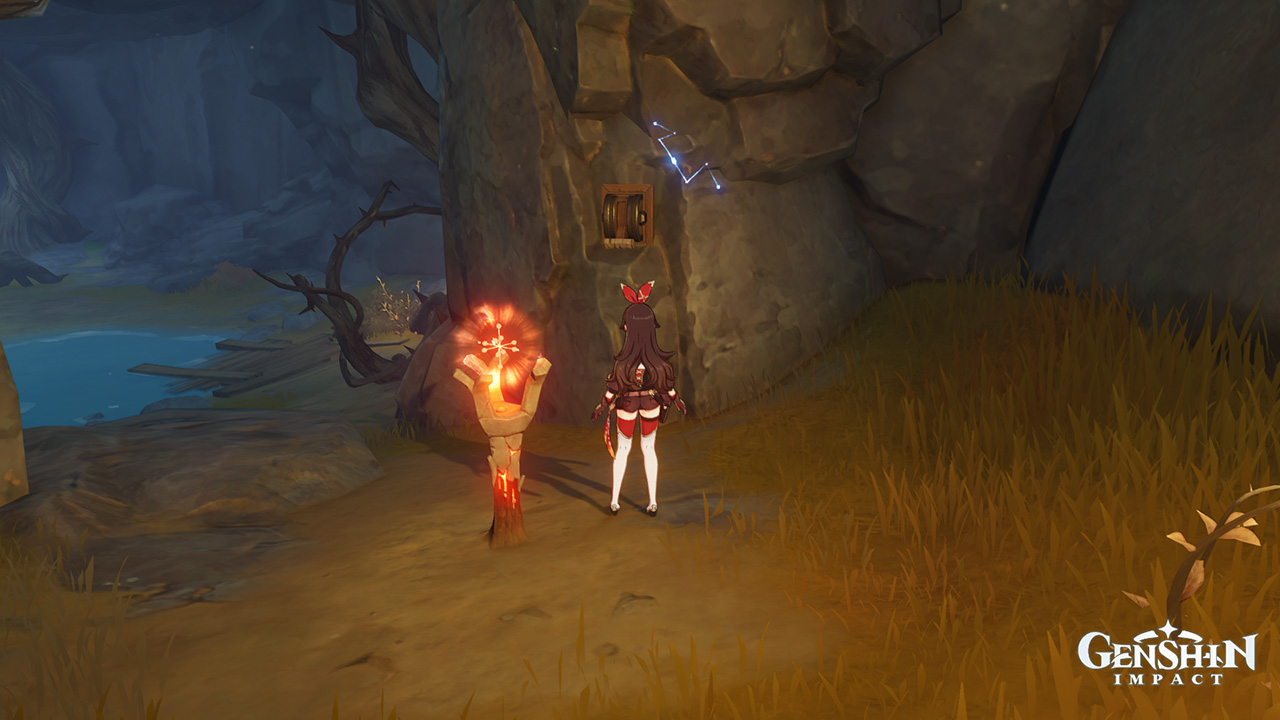 After arriving in the lower part of the area, you will see that the area with the chests is now visible, but you cannot unlock it as a root will be stopping the projectile. To fix that, go back to the drum and change the layout of the mountains again, which will close the entrance to the cave but remove the root blocking the chests (make sure to unlock the normal chest and interact with the conch before returning to the drum). Now, all you need to do is go through the door you used to light the last torch and head down. Once there, just rearrange the speakers and fire the note to break the seal and unlock the chests. 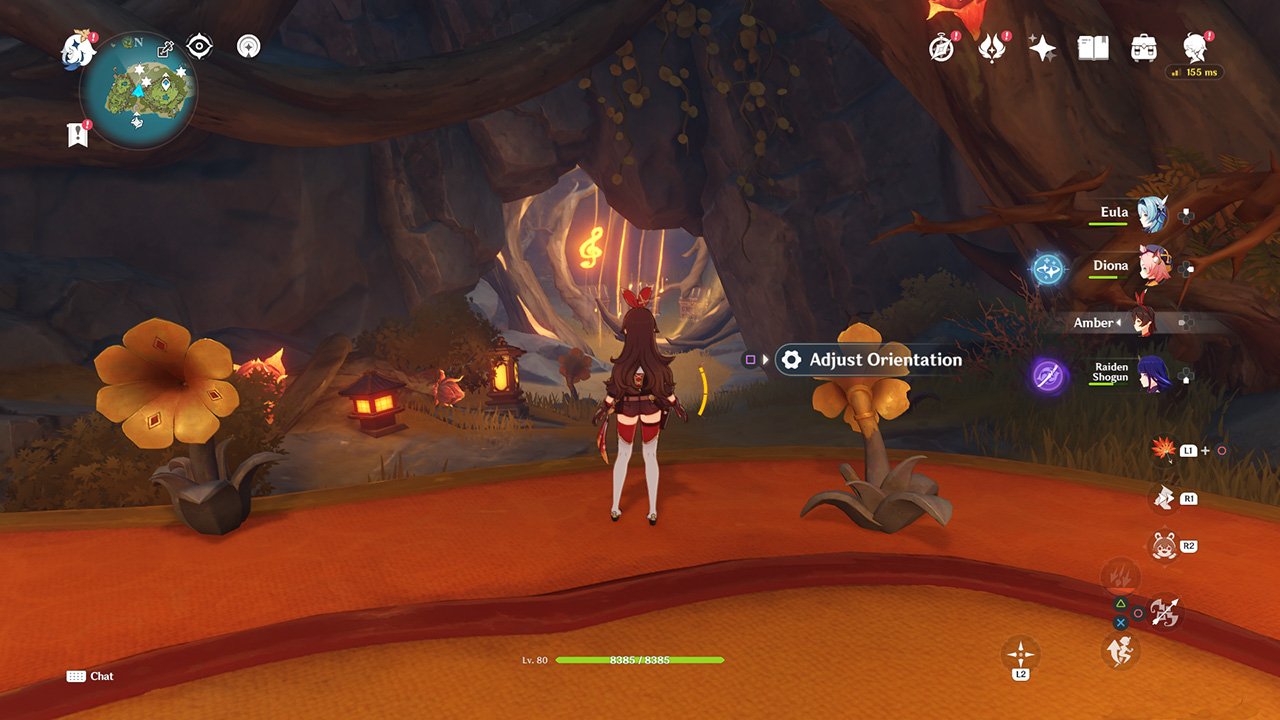 To recap, here’s how to solve the Broken Isle Pyro Pillar Puzzle in Genshin Impact’s version 2.8:

Genshin Impact is currently available for PC, PlayStation 4, PlayStation 5, and mobile devices – Android, and iOS. The Archipelago will be accessible from July 15 to the end of version 2.8.