This Mondstadt knight is launching with a cadre of Liyue 4-stars. 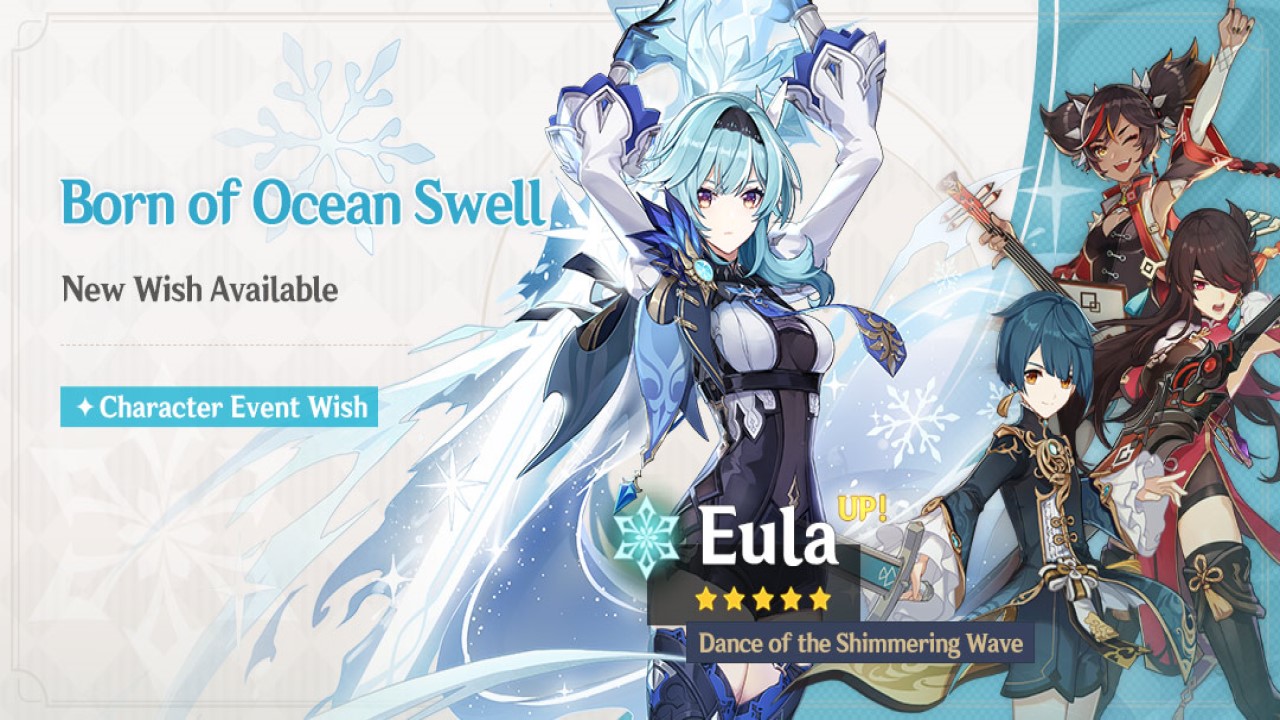 The release date for the Eula banner in Genshin Impact is around the corner, replacing Zhongli’s banner. Travelers will only have a few weeks to pull for the latest Cryo character. Eula comes with the usual rate-ups found in previous banners, and she too has three featured characters who also have rate-ups during her banner; one of which you’ll definitely want constellations for.

The Genshin Impact Eula Banner release date is May 18th.

The Genshin Impact banner for Eula releases on May 18th at 6pm EST, and will run for three weeks. Travelers will have until June 8th to grab Eula before she disappears, meaning anyone interested in the burst damage dealer will have to wait until Eula’s rerun banner to grab her again (and we have no idea when that’ll be).

Since Eula is the featured 5-star in the “Born of Ocean Swell” banner, she will have a 0.6% pull-rate. Like previous banners, you have a 50/50 shot of grabbing her on your 90th pull, and you will get her on your 180th if you happen to have poor luck. Your pulls from previous banners do roll over, so if you missed out on Zhongli and grabbed a different 5-star on your 90th pull you will get Eula on your next pity pull. 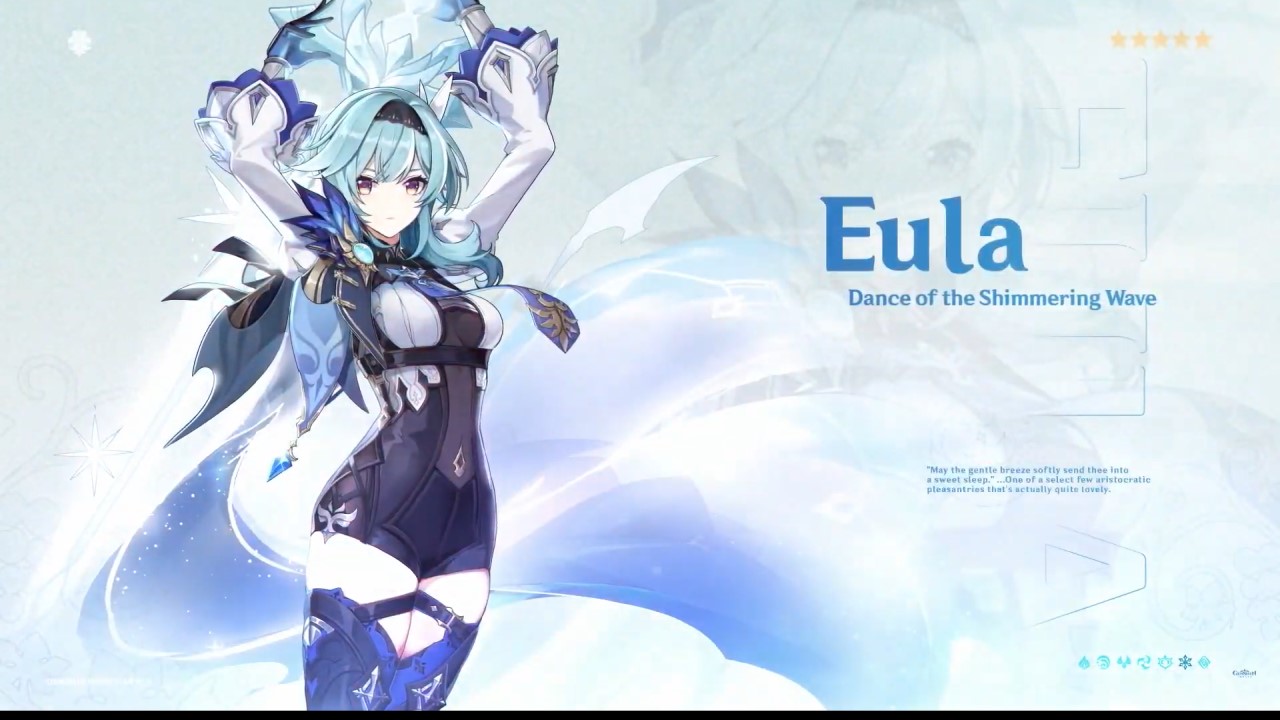 The featured characters in the Genshin Impact Eula banner are Xinyan, Beidou, and Xingqiu (who is an S-tier support character you want to grab). They each have an improved drop-rate, though you can still pull other 4-stars during the banner (to include weapons). Every 10th pull will net you a 4-star of some variety; these three featured characters just have the best chance of appearing. Once again, this doesn’t mean you’ll get one of them every 10th pull; your odds are simply better.

That’s the release date and featured characters for the Genshin Impact Eula banner. Let us know what you think of this banner in the comments below, and as always please spend responsibly.