Here's how to unlock the Tri Seal at the Sword Cemetary. 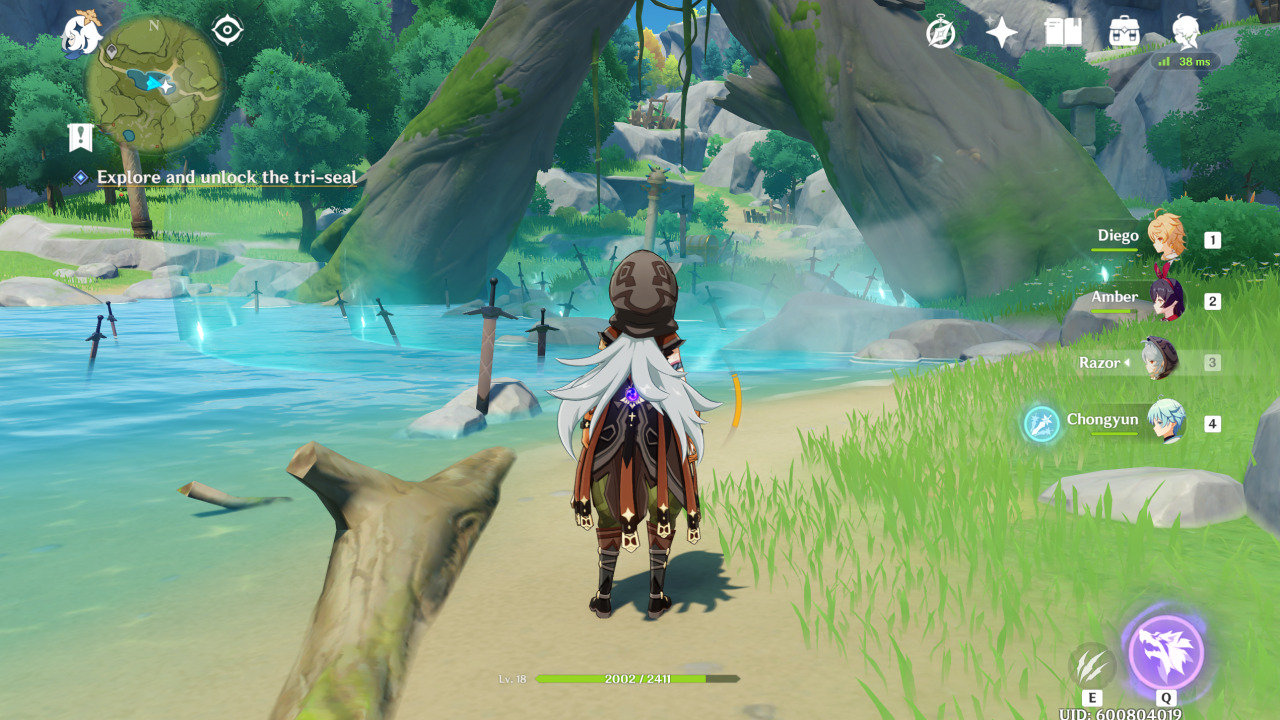 In order to break the tri-seal, you must visit three hilichurl encampments in the surrounding area. There is one to the north, one to the southwest, and one to the southeast. You don’t have to venture too far from the Sword Cemetery to reach them, but you will have to defeat the enemies that reside there. You will also need characters that have Cyro, Electro, and Pyro abilities to complete this quest.

You can check out their exact locations marked in red on the map below. Explore and Unlock the Tri-Seal

At the camp to the north, you will have to complete a challenge called Into the Fray. This challenge requires you to defeat 10 enemies within a set time limit, so be sure to mix and match your elemental abilities to score big combos to maximize your damage output. After successfully completing the challenge, hit the statue in the center of the arena with a Cryo attack. This will remove one of the seals at the Sword Cemetery.

Now, head to the pond located to the southwest of the Sword Cemetery. Here, you’ll find a group of enemies along with a Shield Mitachurl boss. Take caution, as the Shield Mitachurl is a formidable foe. Use Pyro attacks to burn its shield and expose it to further attacks. Watch out for its dashing charge attack too. It can deal significant damage to your characters if it catches you off guard. Defeat all the enemies and then hit the nearby statue with an Electro attack in order to remove the second layer of the tri-seal.

Now it’s time for the final statue. Head to the hilichurl camp to the southeast of the Sword Cemetery. This encounter is nearly identical to the last one, pitting you against a Shield Mitachurl and a large group of enemies. This time, there will be Cryo enemies that will cast area of effect attacks around the arena. Take them down first so you can focus on the Shield Mitachurl. Use a mixture of Pyro and Electro attacks to deal the most damage, swapping in other elements for combos when necessary. After clearing the camp, hit the nearby statue with a Pyro attack to fully unlock the tri-seal. After activating all three statues, head back to the Sword Cemetery. The tri-seal will be broken and you’ll be free to loot the chest and take its contents. This will complete the Break the Sword Cemetery Seal quest. Check out our Troublesome Work quest guide and Mystery of the Arcadian Ruins quest guide for more Genshin Impact content.