Genshin Impact: How to Get King’s Squire Bow Crafting Blueprint

Getting the Aranara Bow in Sumeru. 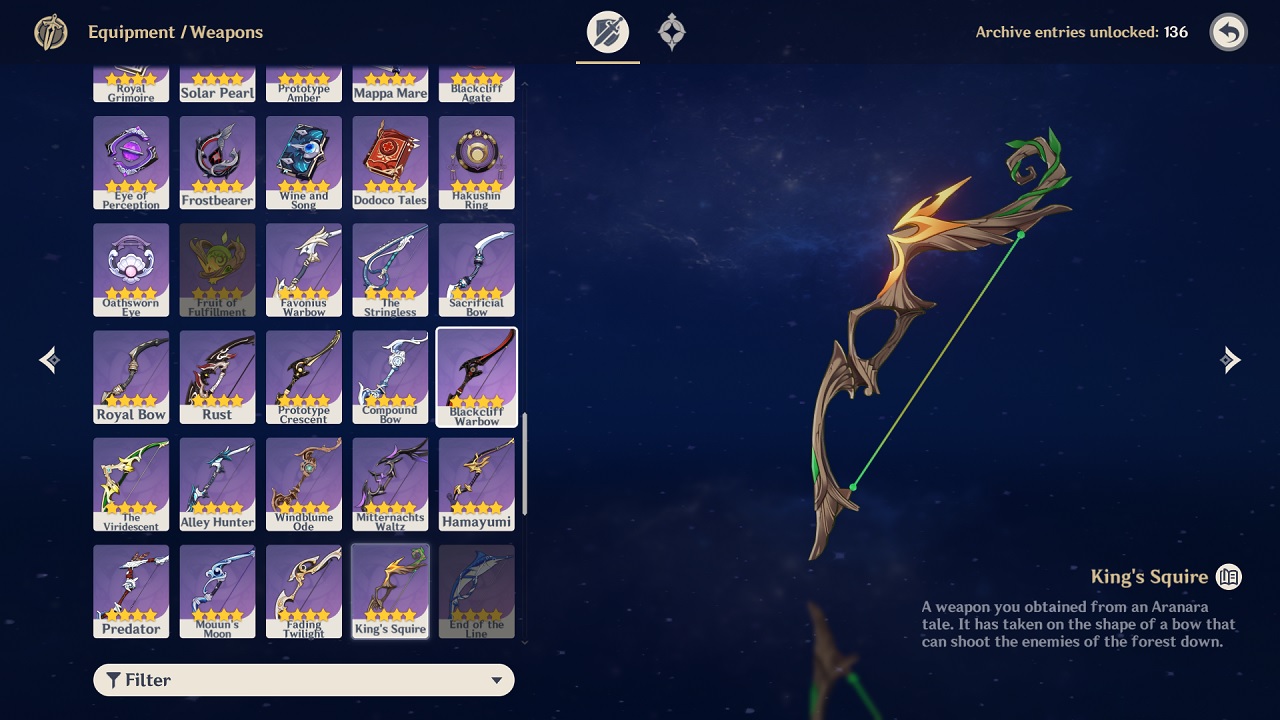 The 4-star bow King’s Squire in Genshin Impact belongs to the new 4-star craftable weapon series, and the blueprints for it can be obtained following some exploration in the realm of Sumeru. This idea of adding new craftable weapon series is certainly not new, as every nation has its corresponding set. The Aranara weapon series are no different, except they require a new type of billets. Aside from the billet, the issue is where and how to get the weapon blueprints so players can have them made at the blacksmith.

Steps to getting the King’s Squire Bow in Genshin Impact

Players won’t be able to access Vanarana without doing Part I of the Aranyaka world quest, with the first Stories of You given after commencing Part II of the Aranyaka world quest, titled Dream Nursery. There are no alternatives to gaining access to the region or being given the affordance to talk to the NPC in charge of the item exchange. After acquiring entry into Vanarana in the dream state, start from the Statue of the Seven and head northeast up a path leading into a tunnel that leads down into the cavern housing the Tree of Dreams, players will find the NPC Aravinay standing near it. You can now craft a King’s Squire Bow at any blacksmith by using one Midlander Bow Billet, 50 crystal chunks, 50 White Iron chunks, and 500 Mora. If players are looking to refine their bow, they will have to repeat the conversion process or wait until the appropriate methods for acquiring them are unlocked. Such as via Sumeru weekly bosses or the rewards for leveling up the Tree of Dreams.

Attack of the Fanboy / GAME GUIDES / Genshin Impact: How to Get King’s Squire Bow Crafting Blueprint