Genshin Impact: How to Craft All The Sumeru 4-Star Weapons Genshin Impact‘s version 3.0 is here, bringing to players the new, massive region of Sumeru alongside a new set of playable characters, artifacts, and weapons. The 3.0 set includes a new 5-star bowand 5 new craftable Sumeru-themed 4-star weapons, all focused on increasing its wielder’s and your team’s overall reaction damage. But how can you craft each of the new weapons?

Genshin Impact: How to Unlock and Craft all the Sumeru 4-star Weapons

Similarly to the Inazuma set of craftable weapons, the Sumeru 4-stars, Sapwood Blade (Sword), Forest Regalia (Claymore), Moonpiercer (Polearm), King’s Squire (Bow), and Fruit of Fulfillment (Catalyst) will not be available automatically, as players will need to finish a specific quest in order to be able to unlock their diagrams.

With that said, differently from their Inazuma counterparts, all of the Sumeru weapon diagrams can be obtained by exchanging a selected item, in this case, a copy of the Stories of You and the Aranara quest item, with an NPC called Aravinay. Aravinay will be located in front of the Tree of Dreams. Once you get your desired diagram, you will be able to craft any of the weapons by going to a forge or blacksmith and then expending a Midlander Billet of the said type, as well as 50 Crystal Chunks, 50 White Iron Chunks, and 500 Mora.

Currently, you can get a total of 5 Stories of You and the Aranara on Genshin Impact, as you will be rewarded with two during the Aranyaka World Quest Series, as well as 3 by taking part in the Vimana Agama, Varuna Gatha, and Agnihotra Sutra World Quest Series. 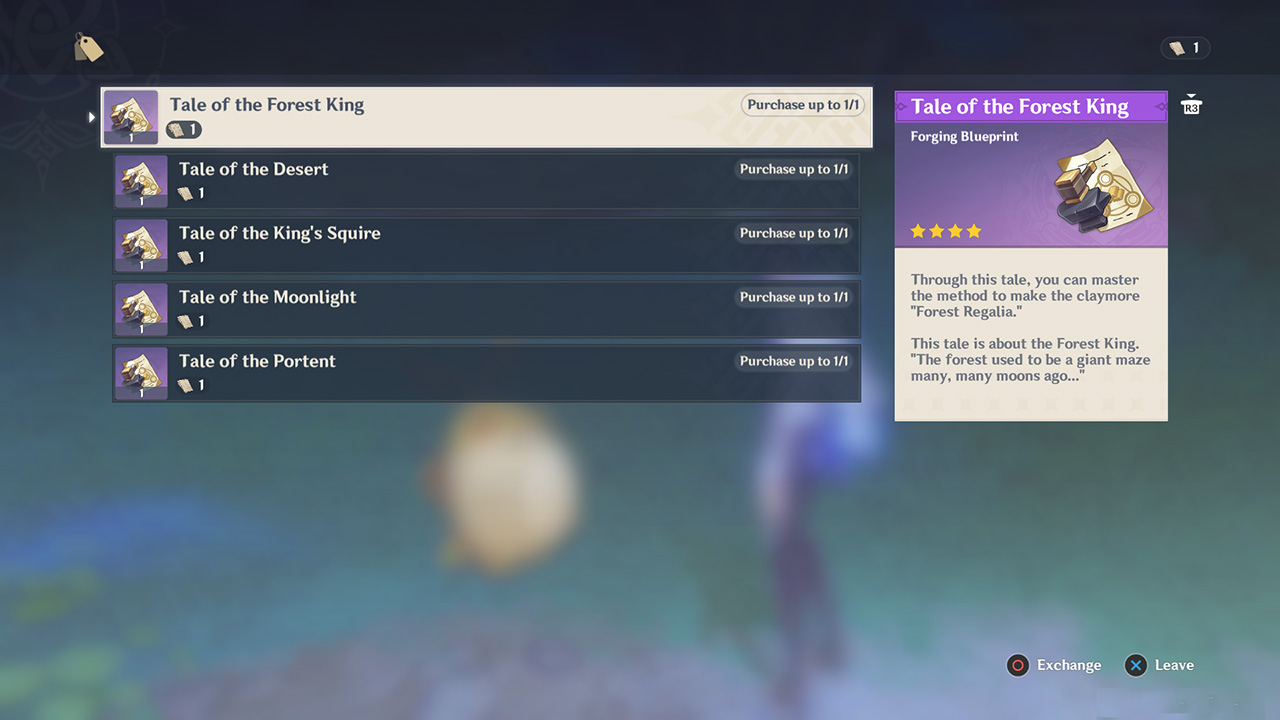 Attack of the Fanboy / GAME GUIDES / Genshin Impact: How to Craft All The Sumeru 4-Star Weapons