Mr. Hosseini is feeling down. Collect some Fruit Fragments to cheer him up. 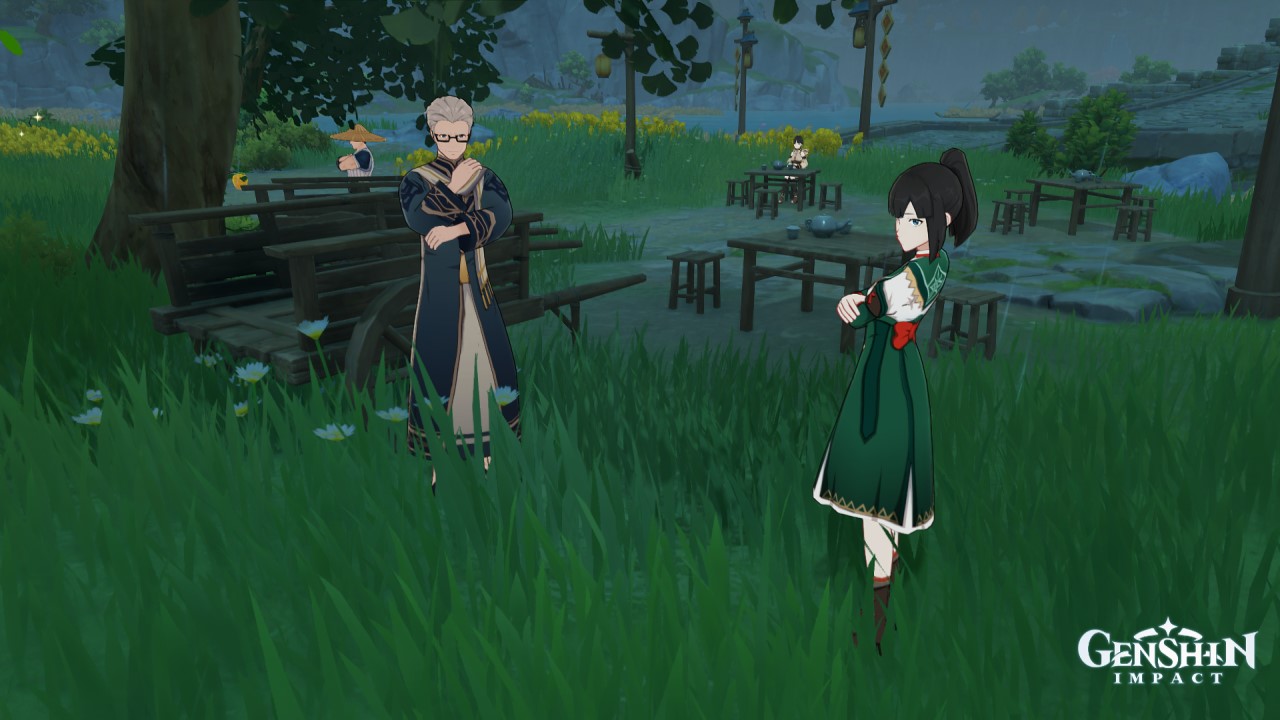 Mr Melancholy kicks off the first event in Genshin Impact Version 1.5 – the Energy Amplifier Initiation – and there is only one requirement all interested travelers must meet before the quest appears in their journal. That’s right, so long as you have reached Adventure Rank 20 in Genshin Impact you will see the Mr Melancholy quest appear in your journal, though if you somehow don’t see it there then the Event page for the Energy Amplifier Initiation event in Genshin will set you right.

Accepting Mr Melancholy doesn’t completely unlock the Energy Amplifier Initiation event in Genshin Impact. You’ll need to run a few errands for the Sumerun researcher Hosseini, who is currently distraught over the Irminsul Fruit he recovered exploding into a bunch of tiny fragments. From here you can open the event page, and you’ll want to start with Act 1. There are three places of interest to investigate and a domain: start with the first place of interest.

You’ll be given three locations to visit (accessible from the Energy Amplifier Initiation event page), and you’ll need to clear the three locations first to access the domain (which will capstone the Mr Melancholy quest in Genshin Impact). Yes, there are the two other places of interest in Act 1, and the two other Acts, but for now you need only worry about this first place of interest. 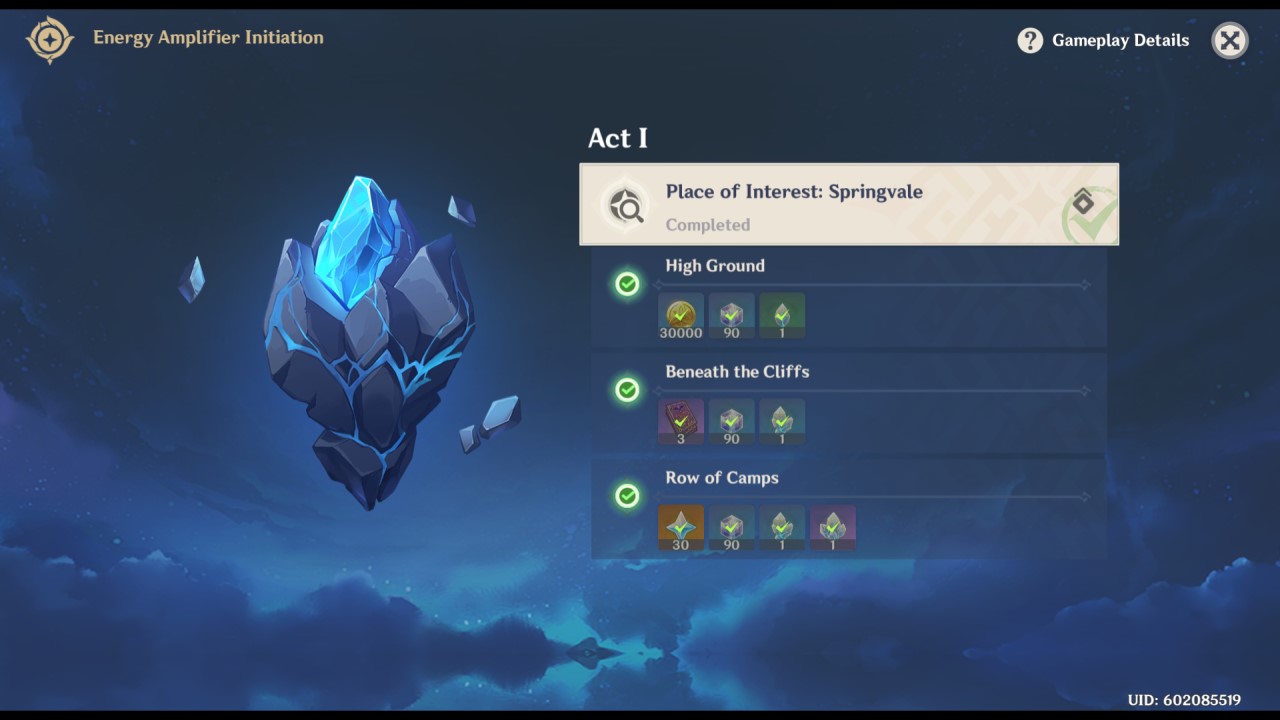 The locations will be highlighted on your map after you accept them from the event page, and these are in the Springvale region. To clear these points of interest you must interact with the Irminsul Fruit Fragment floating at each, but they are protected by a collection of foes. These foes are deadlier than usual thanks to the Mutation Stones nearby, which bolster their attack, general resistance, and their resistance to interruption.

The trick is to identify the Mutation Stones first and take them out. They are like regular rocks out in the world, so claymores take them down the fastest (though a good plunging attack or some Geo damage will also do the job). Once the Mutation Stones have been destroyed clear the enemies out and then interact with the Irminsul Fruit Fragment to compete the location of interest. 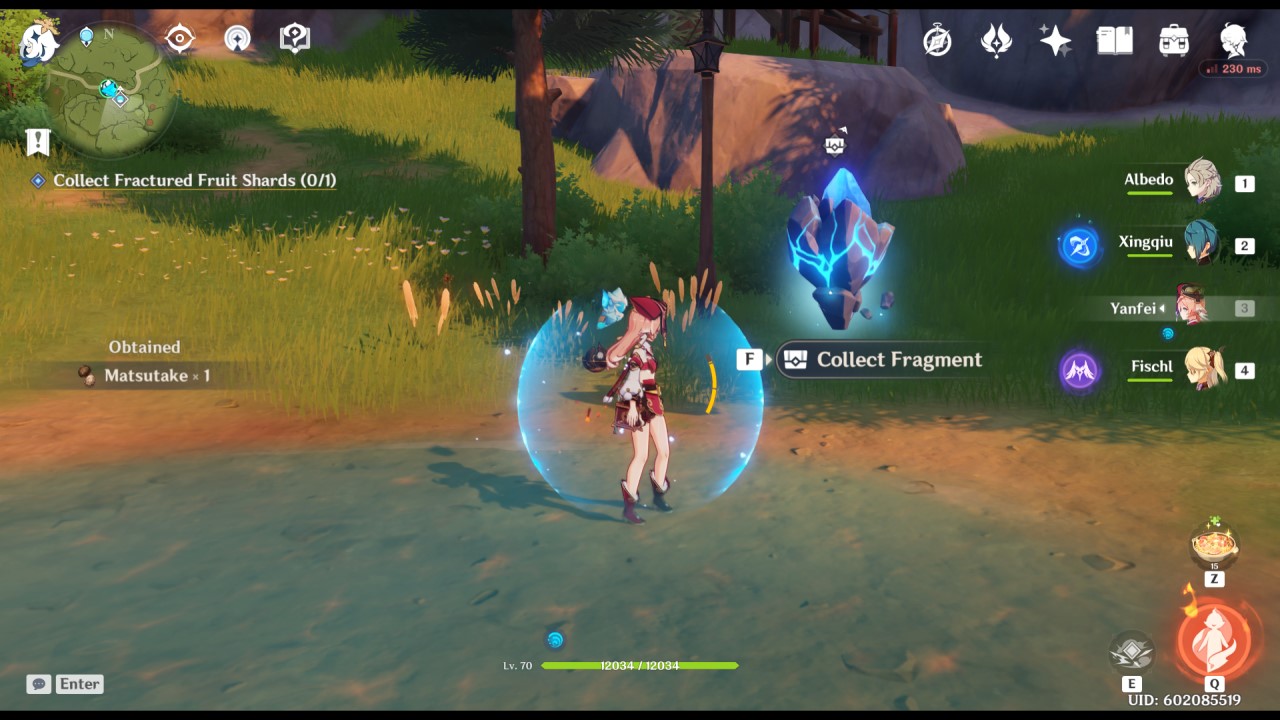 Repeat this process for the other two locations in this first place of interest then return to Hosseini. You’ll then be tasked with completing the domain that was listed in the Act 1 portion of the Energy Amplifier Initiation event page. This domain is easy enough: remember to take in a team that is close to or at the level cap for your World Level, and it helps to have characters with Geo, Cryo, and Pyro in your line-up. Clear the domain and speak with Hosseini again to complete Mr Melancholy and to unlock the Energy Amplifier Initiation event in its entirety.

You’ll now have access to the titular Energy Amplifier, which can be slotted with the Fractured Fruit you’ve collected to provide buffs within the event domains. You can now clear the other places of interest in Act 1 and any other available acts to collect additional Fractured Fruit. You’ll then use your customized Energy Amplifier to overcome the Twisted Realm domain, which has four challenges with difficulty modifiers similar to those last seen in the Hypostasis event.

That’s the general gist of the event: clear locations for Fragments, knock out the domains in each Act, and push for a high score in the Twisted Realm. The Energy Amplifier Initiation event runs from April 30th until May 17th, though the event shop will remain up until the 24th. Best of luck, and don’t forget to drag your friends along for the ride.