Take advantage of all eight weapons. 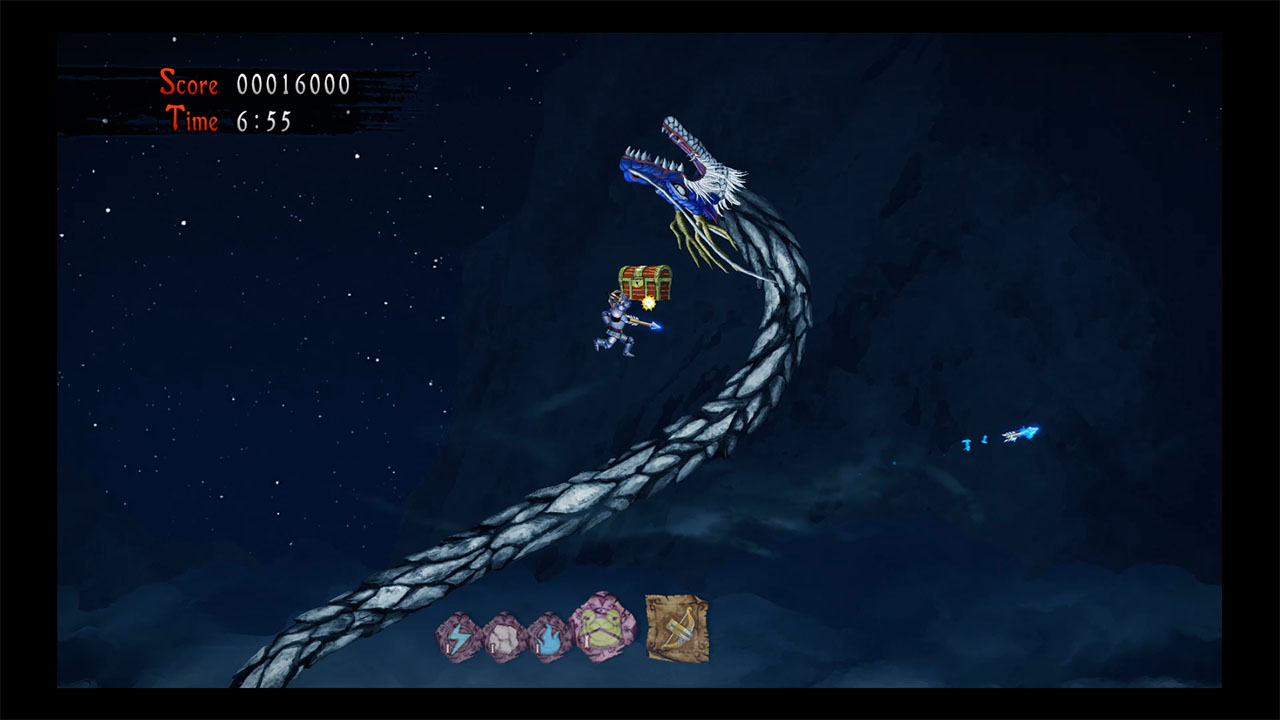 How To Change Weapons

Playing as Arthur in Ghosts ‘n Goblins Resurrection gives you access to eight different types of weapons, including a lance, dagger, discus, and more. When you first start the game, you are only able to hold one weapon at at time. As you play through different levels, you will come across treasure chests that are usually hidden and pots that enemies will be carrying them. Destroying either of these can give you some sort of item, including armor replenishment and especially weapons.

Whenever you do this, a weapon will appear that you can touch to then switch to automatically. If the item is the crossbow, Arthur will immediately switch from his previous weapon to that new one that he can use. This can be good and bad, as there are some weapons like the holy water that most people would want to avoid. You have to be careful, as sometimes you can accidentally hit to grab a weapon if you’re not paying attention and then regret it afterwards.

The good thing is that it is possible to hold more weapons at a time, which ties into the Umbral Tree in the game. By collecting Umbral Bees, you can unlock new magic and skills in the Umbral Tree. Two of these skills allow you to hold two and later three weapons at a time, which you can switch between at anytime in game. Once you do have this, picking up a weapon will automatically replace your weapon in waiting rather than the active one you are using, which is really nice. This is best to use to save a particular weapon for a boss or something, as some weapons are more effective against certain bosses.

If you want to read more about Ghosts ‘n Goblins Resurrection itself, make sure to check out our review for the game.