Grounded – How to Use a Sap Catcher

It's tricky to place but it's well worth the effort. Sap is an incredibly important resource in Grounded that is used in tons of crafting recipes, but it takes a lot of work to gather large amounts on your own. A Sap Catcher can automate the sap collection process for you, but the game doesn’t do the best job of explaining how to use it or where you should place it. Thankfully, using a Sap Catcher isn’t too difficult once you learn how it works.

How to Use a Sap Catcher in Grounded 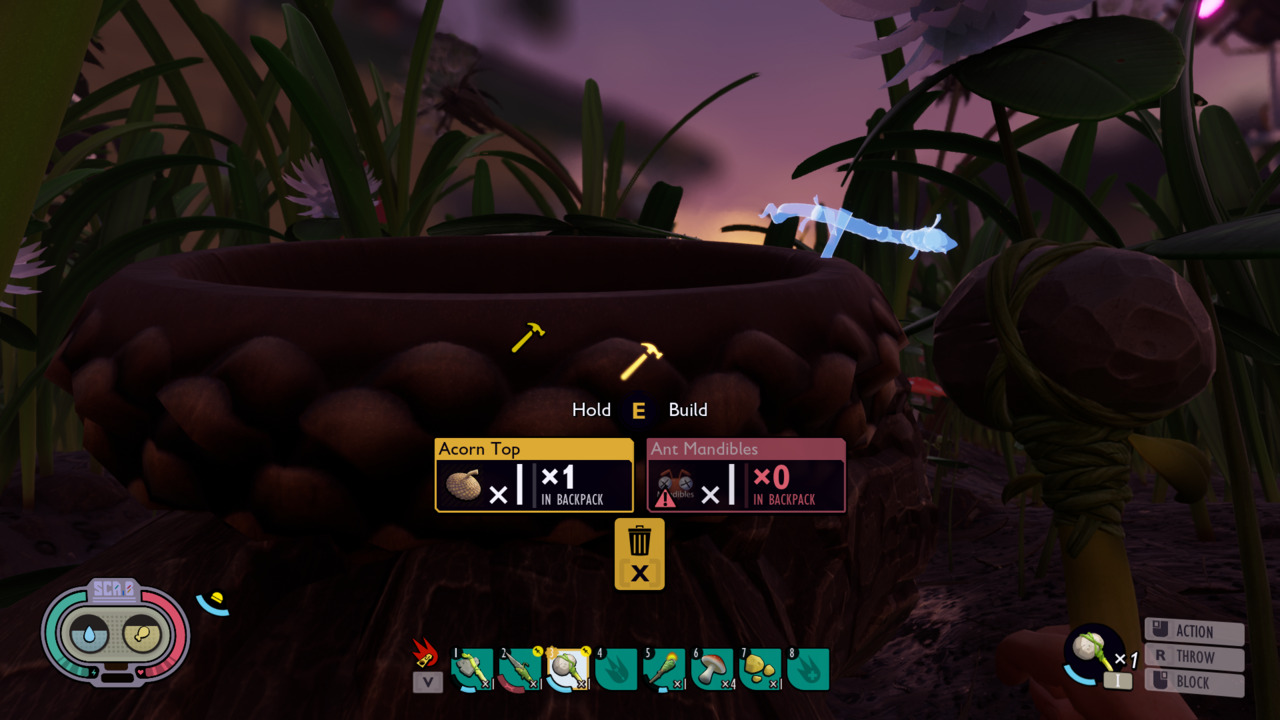 To craft a Sap Catcher, you need 1 Acorn Top and 1 Ant Mandible. Acorns can be found in the northern part of the backyard near the giant oak tree, and you can smash them with a hammer to gather their parts. You only need 1 Acorn Top, so you’ll only need to find 1 acorn. Ant Mandibles are obtained by killing Soldier Ants, which can be deadly if you’re not prepared. You can find Soldier Ants at the Western Grasslands Ant Hill west of the Mysterious Machine. Be careful when attacking a group of ants because they’ll defend each other if they witness you attacking one of them. After obtaining the necessary materials, open your crafting menu and select the Sap Catcher in the Utilities section.

Unlike most of the objects in Grounded, a Sap Catcher has to be placed in a specific location. It must be attached to a sap-producing stick or branch to function. The game won’t let you place one anywhere else, so keep that in mind when scouting for a place to put one. Placing a Sap Catcher in Grounded can be a bit of a headache though. The game is very picky with the places it lets you place them, so you’ll just have to keep trying locations until you find a valid location and the spout attached to the acorn top turns blue. Once it’s built, sap will accumulate inside over time.

Home / Game Guides / Grounded – How to Use a Sap Catcher