Hitman 3: Where to Find the Evacuation Keycard in Dubai

This keycard can be used for easy accidental kills on your targets. There are many opportunities for accidental kills in the Dubai level of Hitman 3, but the evacuation keycard is needed for the most exciting elimination setup in the whole level. With this keycard, you can trigger the emergency evacuation protocol for both of your targets, which involves both of them parachuting to safety from the top of the building. It’s a dangerous way to escape the building, and you can absolutely take advantage of that if you have the keycard to set everything in motion. Here’s where to find the evacuation keycard in the Dubai level of Hitman 3.

The Dubai evacuation keycard can be found on Level 3 of the building in the Security Room. It’s locked inside of a safe that requires a code to open, but the combination is written on a sticky note attached to a bulletin board nearby. The code to the safe is 6927. Input the code and grab the keycard while making sure not to get spotted by the nearby guards. The one sitting in the chair tends to doze off, but other guards will occasionally check-in and potentially spot you. 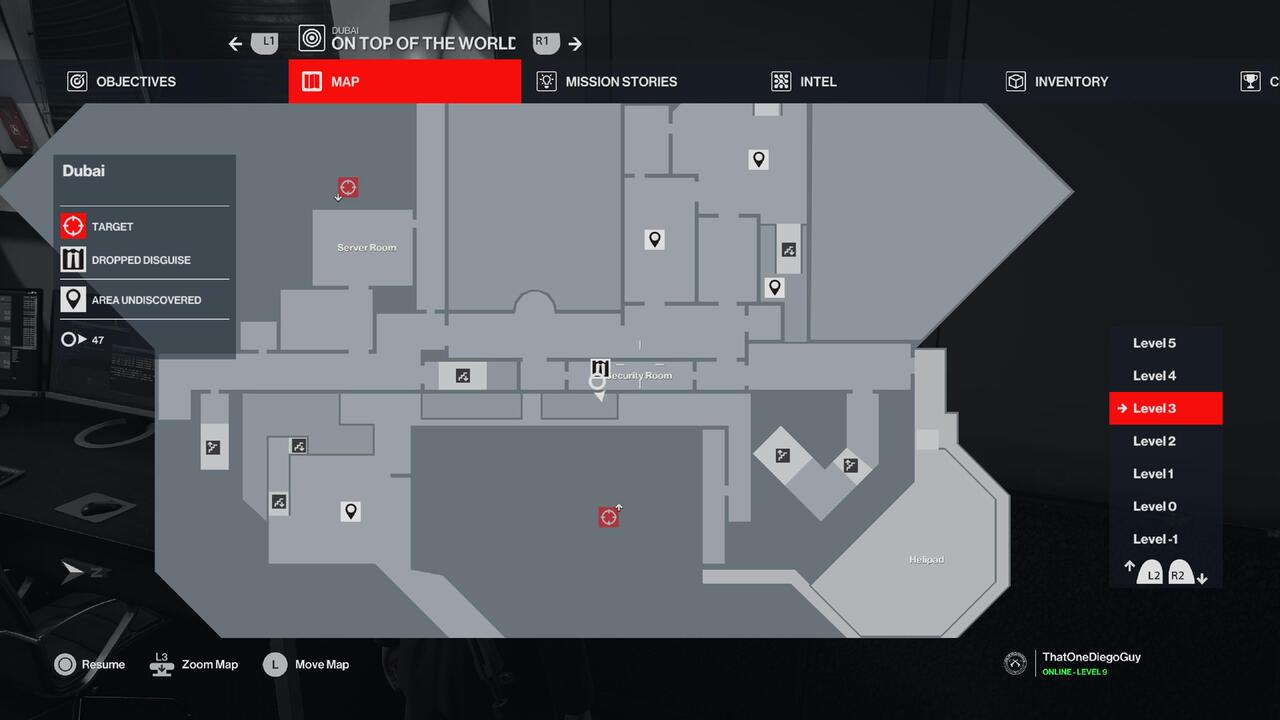 Once you’ve grabbed the keycard, you can head to the penthouse at the top of the building and trigger the evacuation sequence. There are two keycard readers in the penthouse located on separate floors, so you’ll have to quickly run between them to trigger the evacuation. If you don’t know where they are, you can hold R1/RB to use Instinct Vision (Crtl on PC) and you see the wire connecting the two keycard readers. 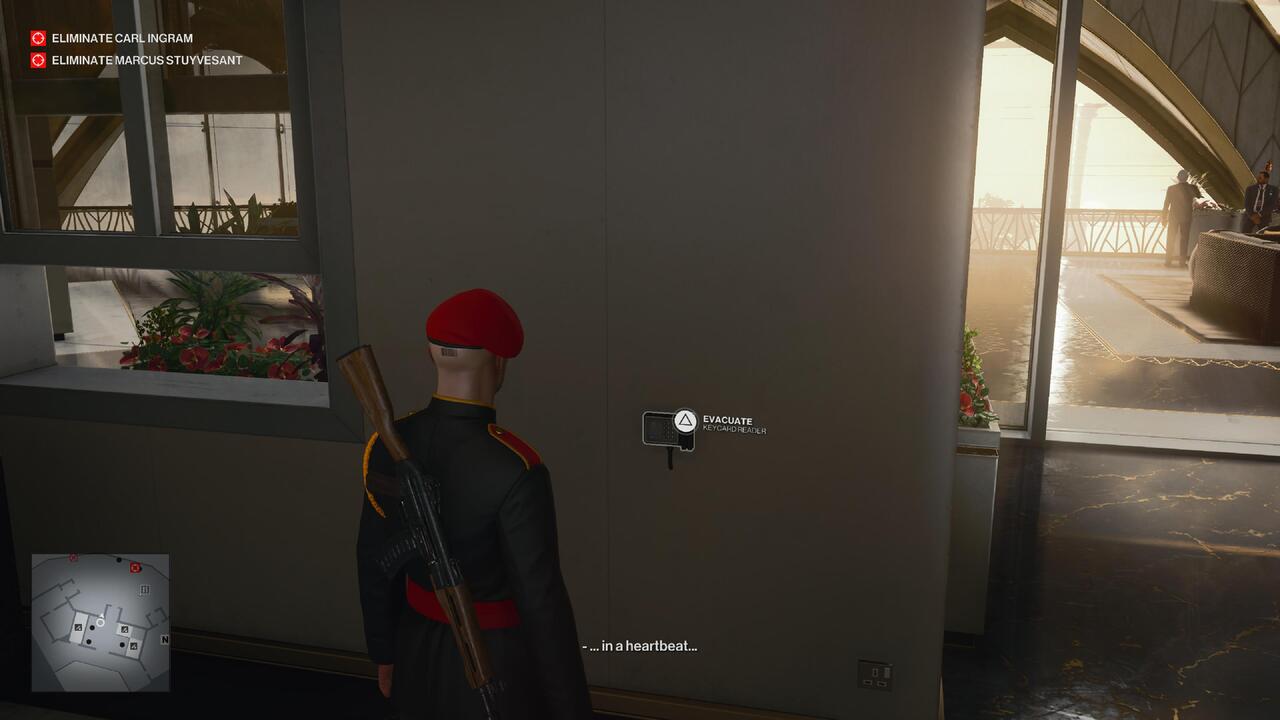 After swiping the keycard in both readers fast enough, the building will be put on high alert and the two targets will begin the evacuation sequence. All of the guards will rush to protect the targets and escort them to the top floor where they will parachute to safety. You can sabotage the parachutes with a kitchen knife before triggering the alarm or place bananas at the edge of the platform where they jump from for easy accidental kills.

Home / Game Guides / Hitman 3: Where to Find the Evacuation Keycard in Dubai