How to Get Mods in Gotham Knights

All this tech to have better combat output. 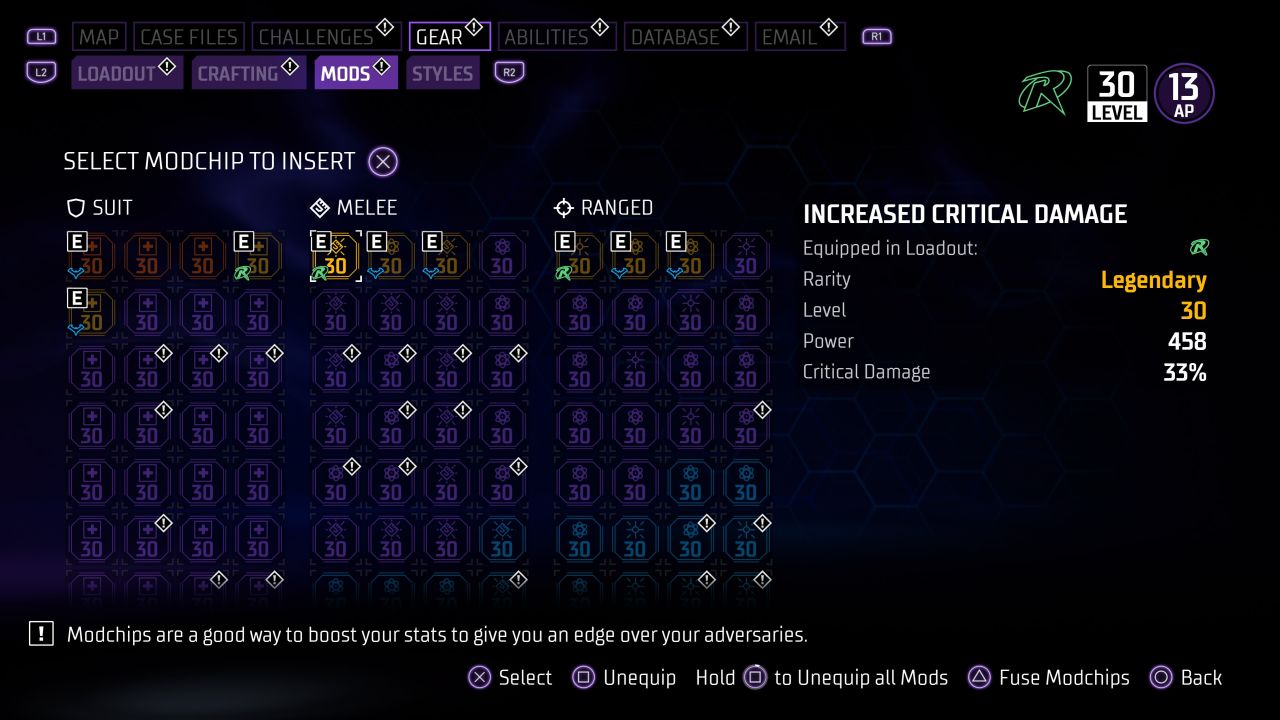 Gotham Knights has a pretty straightforward modding system that can supplement the effectiveness of your gear. You either earn new things or craft them. In any case, as you reach the higher-leveled content in the game, you’re going to want and even need the best possible stuff. Here, we can help you get mods in Gotham Knights.

How to Get Additional Mods in Gotham Knights

Mods can be acquired by simply playing the game. When you complete objectives in a side quest or the main story, you’ll get them. However, it should be noted that there are different tiers of mod rarities. These are the current rarities:

What you ideally want to aim for are those Heroic and Legendary mods since they provide the biggest benefit compared to the other rarities. They only can drop from two sources.

You can obtain guaranteed Heroic level mods by acquiring Batman’s Secret Caches. These will be scattered all throughout Gotham City. It’s best to hold off on getting these until you hit what seems to be the max rank of 30. When you are level 30, you’ll get these at your level, so they will be at the highest and strongest they can be.

The second source of getting Heroics and Legendaries is to take on premeditated crimes with the difficulty of High or Very High. While completing them won’t guarantee a mod drop of those rarities, the enemies have an increased chance of dropping them.

In missions with a difficulty level above Normal, you’ll start running into Veteran and Champion-level enemies who are much harder to take down. They’ll have more attack patterns than normal brawlers and shooters, so you have to telegraph attacks more carefully. They’re typically denoted with a crown border on their enemy level.

Upon defeating these enemies, they can even drop rarer crafting materials like Promethium, Nanocapsules, Pseudoderm, and the extremely rare Nth Metals. You’re rewarded accordingly with the tougher activities you face, so make sure you have good combat prowess and a strong build.

Finally, it should be noted that you cannot perform fusion to create Heroic or Legendary mods. Unless you’re using all modchips of the same high rarities, you will only yield Epic at the highest.