How to Get Traded in NHL 23

The latest news in the world of video games at Attack of the Fanboy
October 14th, 2022 by Shaun Cichacki 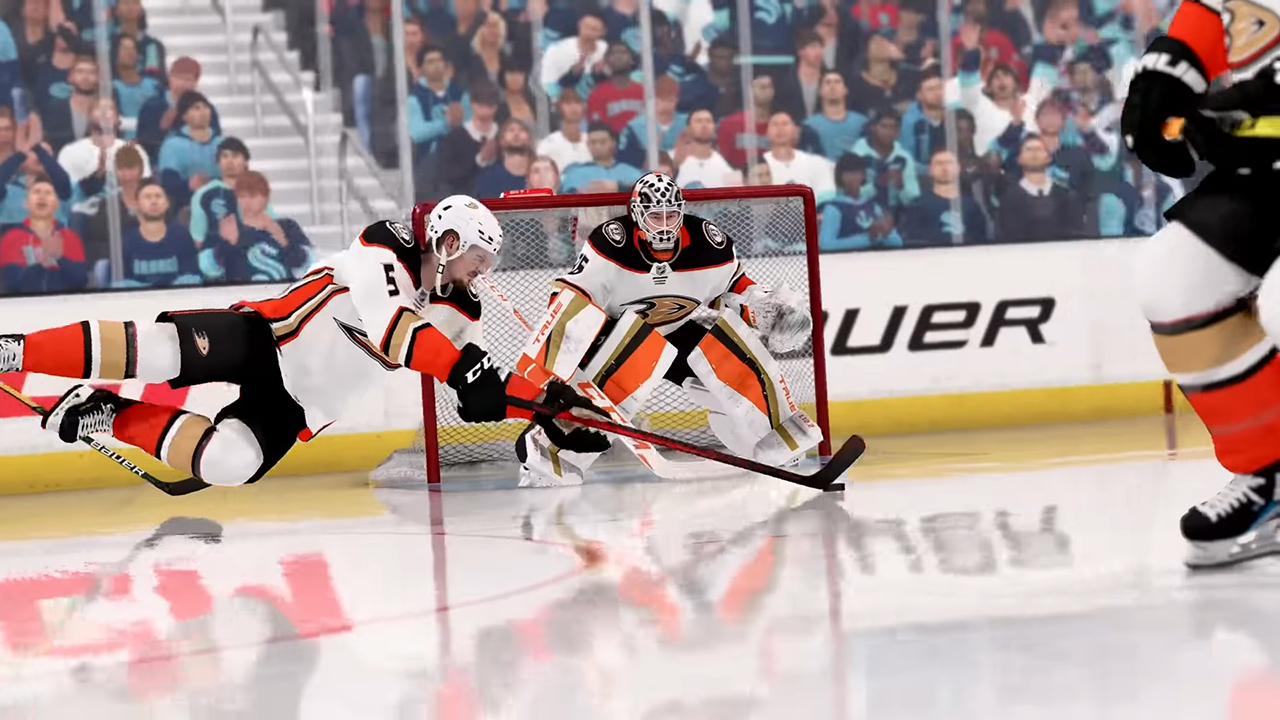 As you make your way through the Be A Pro mode in NHL 23, you’ll find that you may no longer be happy with the team that you’re playing for and want to try something new. Maybe you’re on a losing streak and want to find a new place to call home, or maybe you have fallen in love with the mascot for another team and want to be friends with them.

No matter what your reasoning is, you’ll find that you can be traded to a different team. However, the process can be a bit confusing and difficult, but if you’re following along with our guide you’ll have a better chance than ever to become the next big thing on a new team. Find out how to work towards being traded in NHL 23 the easy way!

No matter your reasoning, getting traded can be a fresh start to your career. However, if your team happens to love you more than you love them, breaking away may be harder than originally expected. Here are a few tips to make sure that you’re able to leave them behind and start new with a new team in NHL 23.

While you may not expect it, having good linguistic skills in a hockey game can help you push toward your goals in more ways than you would expect. While you aren’t able to really level up as you would in a traditional game, paying attention to social cues will allow you to find when the time is right to ask for a trade and make your way toward the dream team you wanted to initially join.

You’ll see how the office and the fans react to your choices, so either work your way to a disapproving rate with both of them or try to find a way to sweet talk them into finally letting you go on your own, using the power of your voice will allow you to start making negotiations as soon as you would like. But, if you’ve been playing well, there’s a lower chance of you being able to leave.

Work Towards Greatness With Your Current Team

If you’re looking to make your way to the Philadelphia Flyers in the future, make sure that you’re showcasing that you’re a true powerhouse on your current team. Showcasing your skills will start to draw the attention of some of the biggest names in the league, and while it may take you a little bit of time to finally make it, you’ll be able to breathe a sigh of relief when you do.

While it may not be your favorite thing to do, getting to know the team that you’re currently playing with and showing that you’re the star athlete of the team can earn you the chance to make your big move faster than you would anticipate. Find a reason to become the champion for your squad, and you’ll be able to make some big moves in the later parts of your Be A Pro career.

Being humble to yourself is going to lead to bigger things down the road, so accepting a trade request, even if it’s smaller than you originally thought, can benefit you in countless ways. While you may be starting on the lower end of things, you’ll have the chance to work your way to the top and start earning what you truly deserve as your skills and talents continue to bloom on the ice.

There is always the chance that no matter how hard you try, you aren’t going to make it this time around. However, having a second or third team in mind is always an option. That way, you’ll still be able to play in the rink with your favorite teams — even if they weren’t your first choice.

Being happy with what you have is something that you may have to settle for, at least in your first run-through of the Be A Pro mode. As the sporting world is constantly changing, and so are your skills, you may be able to start it up again with a new character and instantly nail your favorite team right off of the bat.