How to Get Unlimited VC in NBA 2K My Career

The latest news in the world of video games at Attack of the Fanboy
September 27th, 2015 by William Schwartz 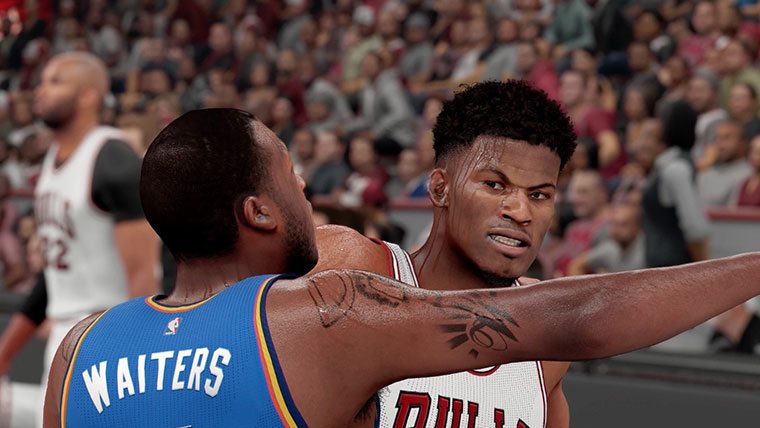 Earning VC in NBA 2K16 can be a time consuming process. The currency is used to level up your player and get you new gear.  Well it turns out that there are a few ways to get seemingly unlimited VC in My Career and My Park modes.  So how do you get this VC you ask?  Let’s start with the My Career VC Glitch first.

This one is pretty easy.  Simply load up your My Career in NBA 2K16 set-up your games for Hall of Fame Difficulty and either 6 or 12 minute quarters.  Next, just load up your next game.  Once it loads up and you complete the tip-off, just simulate it to the end.  The game is not supposed to reward you with VC, but apparently this glitch is still rewarding players with the currency.  Rinse and repeat over and over again to farm VC in NBA 2K16 (until 2K patches this one).   The only time consuming part of this glitch is that it takes a few minutes to load each game, other than that there’s nothing stopping you from getting unlimited VC in NBA 2K16.  This glitch nets about 600 VC every game you simulate.

The second method to farm VC in NBA 2K16 involves the My Park online mode.  However, this glitch will ruin your online record and reputation.  It also kind of ruins the game for others as it requires that you quit out of the game almost as soon as it starts.  Basically, to do this glitch you just need to go to the My Park mode.  Head to a 3-man Got Next Spot and then start the game. All you need to do earn VC from here is just quit out of the game as soon as it starts.  This does hurt your rep, so it might be wise to make a second character to do this glitch with.

Head back to your home court and you’ll see that you’ve earned VC for basically doing nothing.  Again this nets you a nice chunk of VC and can be done in just a couple of minutes time.  Doing this with friends can speed up the waiting process in the park.

Both of the glitches above seem pretty simple to do and it’s likely that 2K Sports will be patching them when the game launches to everyone on September 29th.