How to Level Up Fast in Fortnite Season 8: Best Ways to Earn XP for the Battle Pass

So you've finished your Punchcards. Now what? 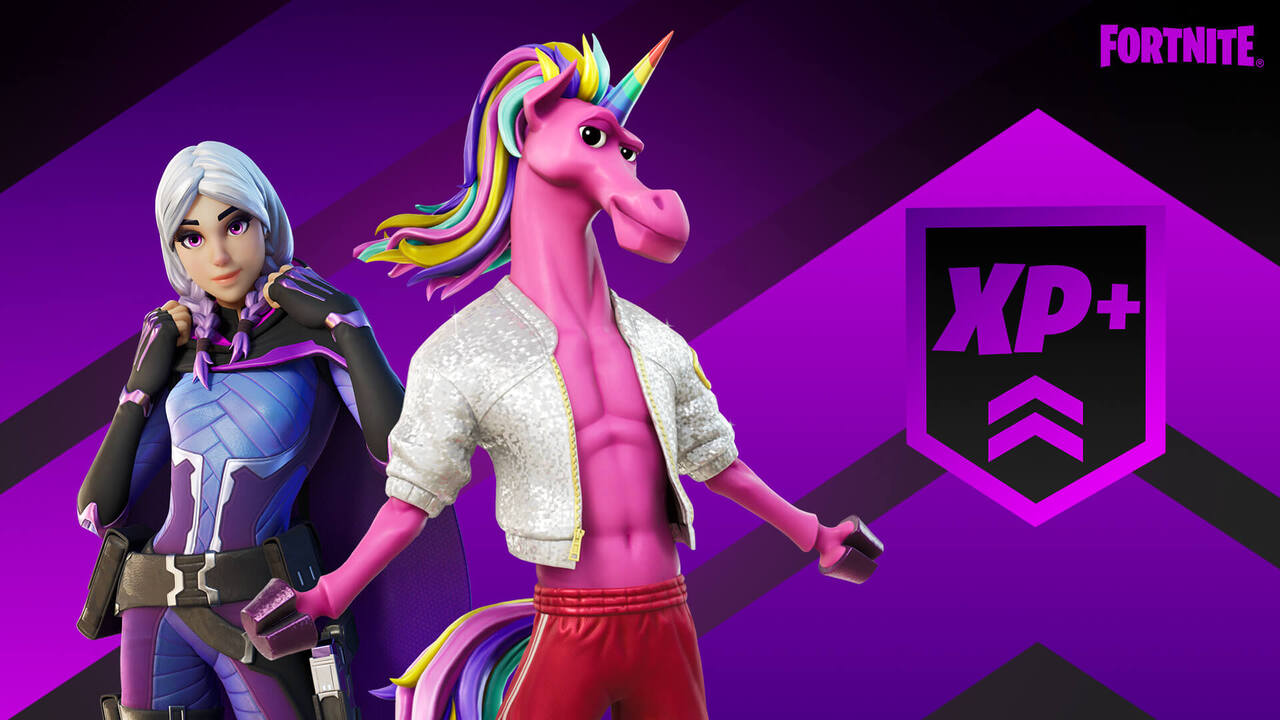 Fortnite Chapter 2 Season 8 is finally here, and many players are already having trouble finding ways to earn XP and level up. This season brought back Punchcards, which are a great way to earn a bunch of XP at the start of the season. Once they’re done, however, there’s not much left to do. There are still a few good ways of earning XP in Season 8, but the good old days of repeatable quests are gone. Here are the best ways to level up fast and earn XP in Fortnite Season 8.

Best Ways to Level Up Fast in Fortnite Season 8

The typical ways of earning XP are gone in Fortnite Season 8. The quest system has been entirely redone, so there are no more repeatable quests for you to do. There aren’t any Legendary or Epic quests to take on either. That means you’re going to have to get your XP from Punchcards for the most part, but there are a few other methods as well. 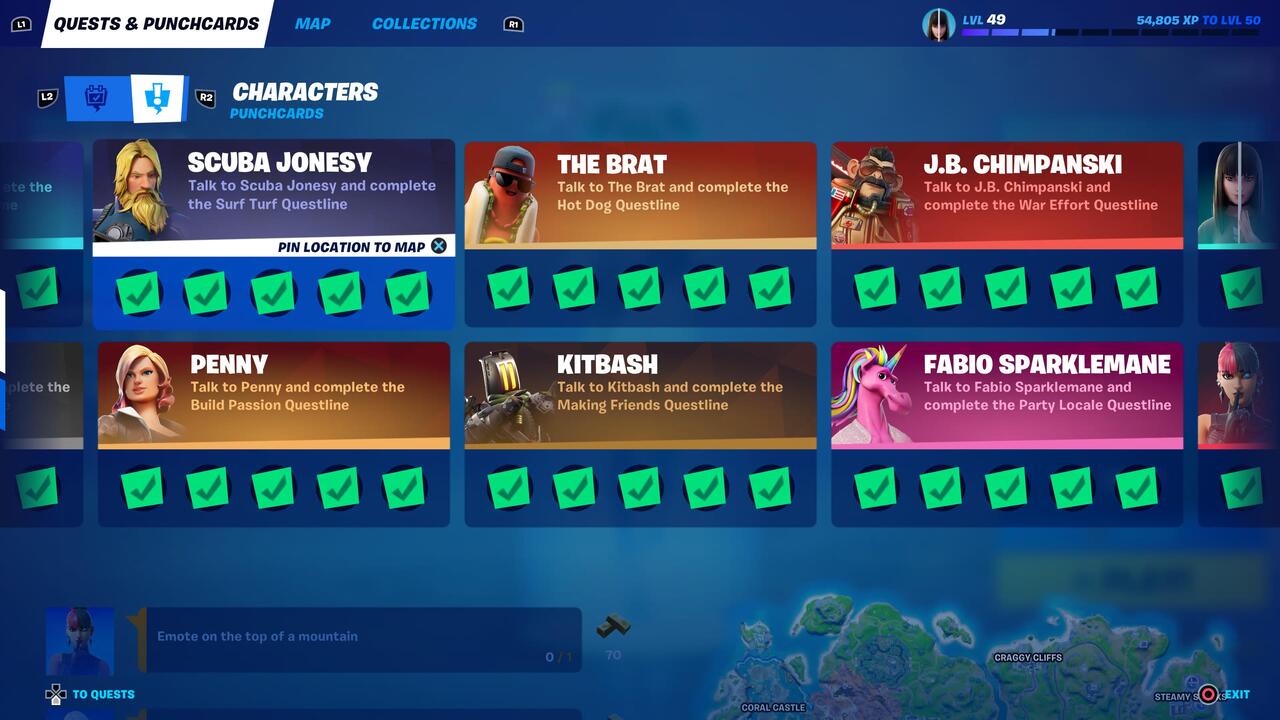 Punchcards are the main source of XP this season. To begin Punchcard quests, select an NPC from the list and visit them during a match. Each NPC questline has five steps, and there are 15 NPCs with Punchcards right now. Once you complete them all though, they stop giving XP and only give Gold Bars.

It doesn’t look like we’re getting weekly quests in Season 8 like we did in past seasons either, so we’ll just have to wait for the Punchcards to reset in order to earn more XP from them. Earning XP by playing Battle Royale can take a while, so try these other methods if you want to power level. 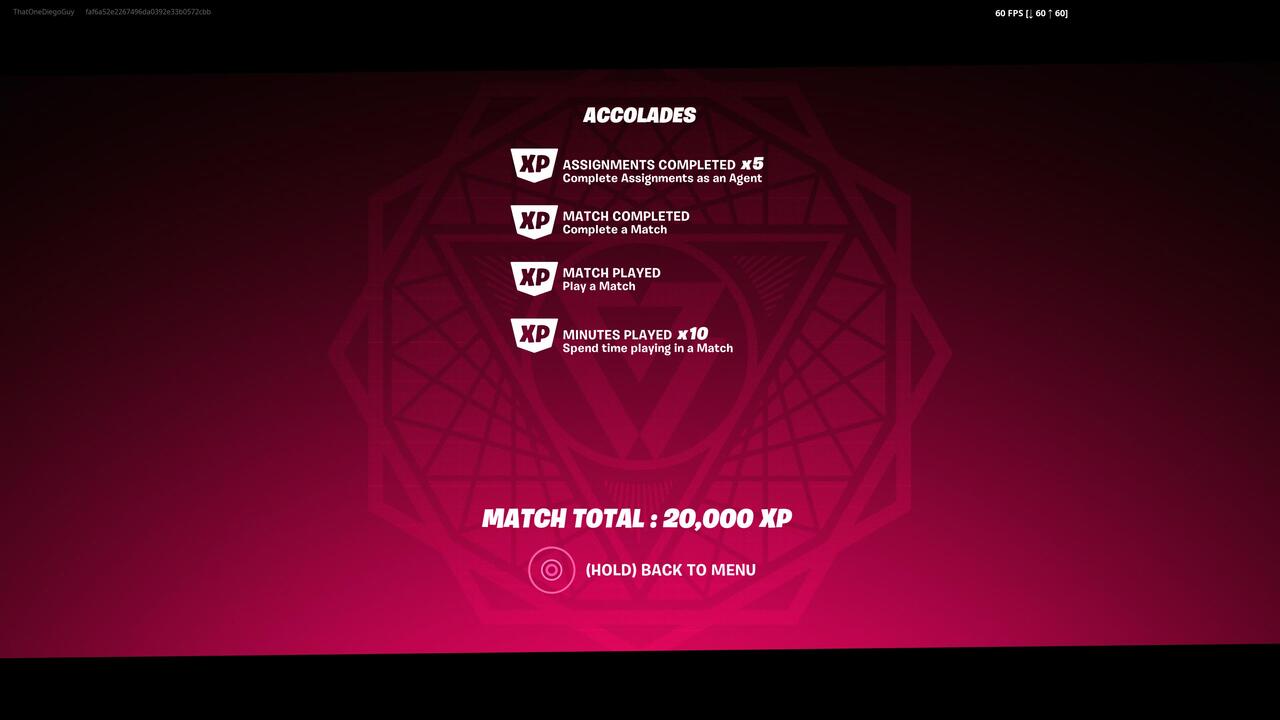 Impostors still gives a ton of XP in Season 8, and it’s one of the best ways to level up this season. Some people may not want to play this Among Us-style mode instead of normal Battle Royale, but the XP gains are too big to ignore. Unless Epic increases the XP gains from standard Battle Royale for players who have already finished their Punchcards, it looks like Impostors will be one of the main ways to grind this season.

Creative is still one of the best ways to gain XP in Season 8. Creative mode awards XP based on playtime, so all you have to do is spend a while playing games or hanging out to level up.

To answer a common question, earning Creative XP is still a thing in Chapter 2 – Season 8.

For playing/AFKing in Creative for 1 Hour and 15 Minutes each day you can earn 126,000 XP, which is the same as it was last season.

You can earn a maximum of 126,000 XP per day by playing Creative if you play the mode for 1 hour and 15 minutes, which is the same amount as last season. If you were a Creative grinder in Season 7, then your strategy still works. If you don’t play Creative but want XP in Season 8, you can just AFK in Creative for a little over an hour to get a ton of XP. 126,000 XP per day is nothing to scoff at.

Home / Game Guides / How to Level Up Fast in Fortnite Season 8: Best Ways to Earn XP for the Battle Pass