How to Play Half Life: Alyx on an Oculus Headset

You don't need an Index to enjoy Valve's latest. 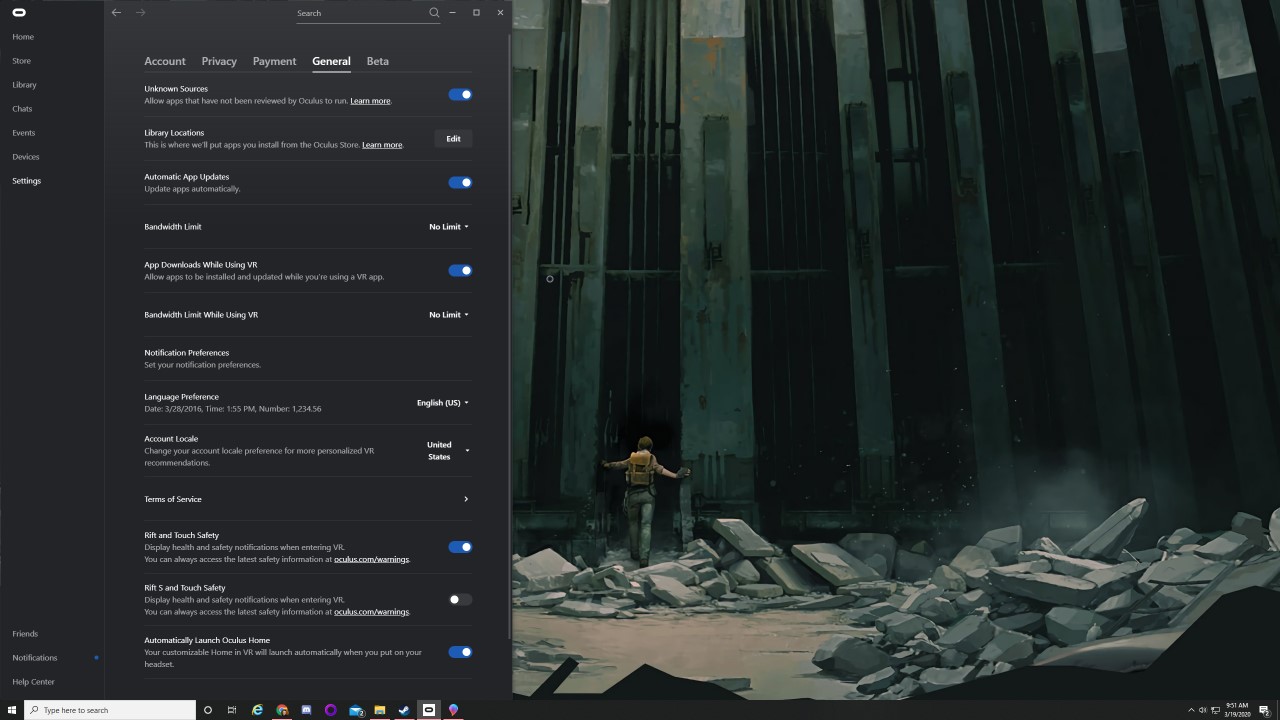 Valve’s upcoming Half Life: Alyx is a VR-only title, but that doesn’t mean it’s exclusive to Valve’s own Index headset. While they advertise it as the best way to play, the game will run on damn near every VR headset on the market. Issue is, the Oculus headsets operate in a walled-garden all their own, and Half Life: Alyx will only be available on Steam. Well, kinda. Here is how to play Half Life: Alyx on an Oculus Headset.

You need to enable Unknown Sources in the Oculus app on your desktop.

Oculus owners all have the Oculus app installed: it’s how they update their firmware and where all the Oculus exclusive games can be found. That said, Oculus owners can still play Steam VR games – they just need to enable a setting within the app.

Go to Settings on the left-hand side of the app, and look for the General tab within. At the very top is a toggle for Unknown Sources. Enabling this allows Oculus headsets to run games outside the Oculus ecosystem, though Oculus warns there could be risks. What those risks are I do not fully know, because I haven’t had a single issue using my Rift S with Steam VR.

That’s all there is to it: whenever you want to run Steam VR just open the program and off you will go, so long as Unknown Sources is enabled. It may be a bit cumbersome, but don’t let that stop you from playing the first proper Half Life game in thirteen years! Be sure to check out these five game too before you do.

Home / Game Guides / How to Play Half Life: Alyx on an Oculus Headset