How to Set-Up Bicycle Kicks, Volleys, and Scorpion Kicks in FIFA 19

Aim high with your passes to set up these cool shots. 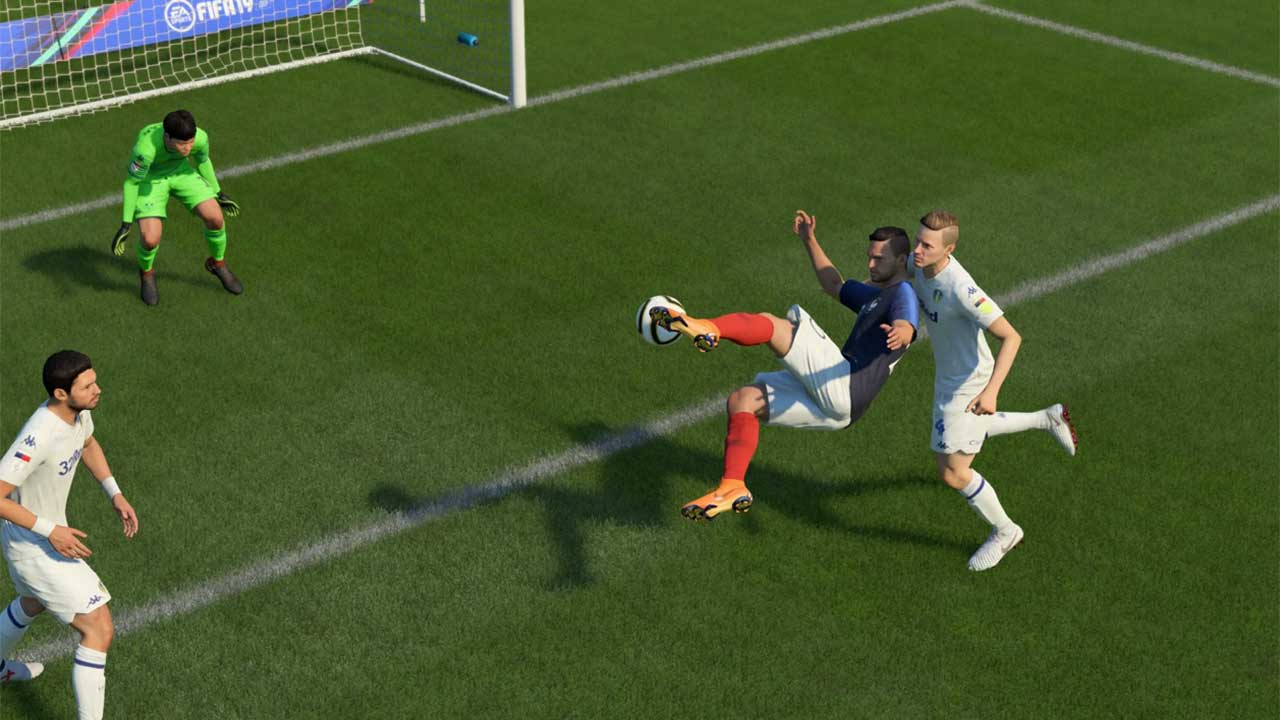 Crosses occur pretty regularly in FIFA 19. It’s one of the most fundamental parts about soccer in general, where players look to get the ball into the middle of the field for a shot on goal. When your players on the wings, a great place to make a crossing attempt is at the top corners of the penalty box, extended down to around 1/2 of the box.

Crossing can be done with the X Button (Xbox) Square Button PS4 for a standard cross, but you can also do Low Crosses and High Crosses. For the purposes of a volley shot you’ll want to stick with either a normal cross or a high cross.

Floating lobs will also give you an excellent chance of setting you up for volley style shots like the bicycle or scorpion. To do a floating lob pass, you can hold LB, hold the left stick UP, and hit A. This will shoot a floating pass for the receiving player to tee up for an amazing goal. While the floating lob is probably your best chance for a bicycle kick or Scorpion kick, it’s not usable in many situations, but it is great for low contested runs where you have numbers against the opposition.