How to Use Xbox Game Pass on the Steam Deck

Find out how to stream Xbox Game Pass to your Portable PC with Ease! Now that the Steam Deck is available in the hands of gamers, you’ll be able to take your games on the go or play on the couch at home. Much like the Nintendo Switch, you’ll be able to take the majority of your favorite games on the go, and play them where ever you’d like or attach it to a dock to play on the big screen. The Steam Deck, however, offers quite a bit more power, along with a larger price tag to offset this power, but those that are interested may already be set on getting their hands on one.

However, the Steam Deck also offers something that Nintendo‘s hybrid console doesn’t, and that’s access to Xbox Game Pass, the subscription service that allows you to access a plethora of games that are constantly being updated for a single cost per month. But, how do you go about getting Xbox Game Pass onto the Steam Deck? Follow along with us, as we give you the details of how to make this happen!

Steam Deck – How To Get Xbox Game Pass 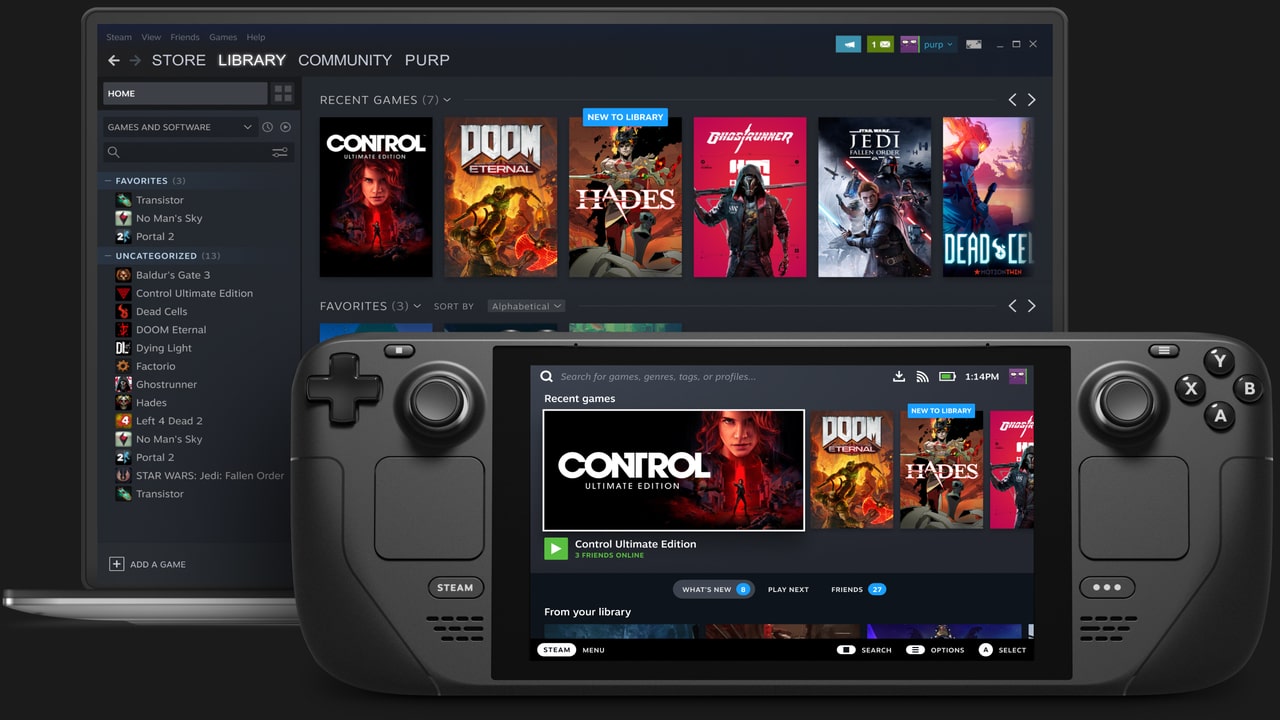 Thankfully, the process to get Xbox Game Pass onto the Steam Deck isn’t all too hard to accomplish, allowing you the chance to play your favorite games on your new handheld powerhouse. However, there is one downfall of this, and that it is using cloud streaming technology, so you won’t be able to take Game Pass with you everywhere that you go. However, being able to sit down on the couch and play some Halo Infinite is a cool aspect, so let’s get into the nitty-gritty of things.

These are the steps that you’ll need to take:

With using that custom link, you’ll be able to select this directly from your Steam Library, and you’ll be ready to tackle the world of Xbox Game Pass on your Steam Deck! Since it does use Cloud Technology, you’ll need to be connected to the internet at any points, so if you plan on leaving the house with it, make sure that you have plenty of mobile data or a hotspot to bring along with you, so you can finish the fight on the road!

The Steam Deck is available now, with its second pre-order phase shipping out soon!