Is Yoimiya Worth Pulling for in Genshin Impact? 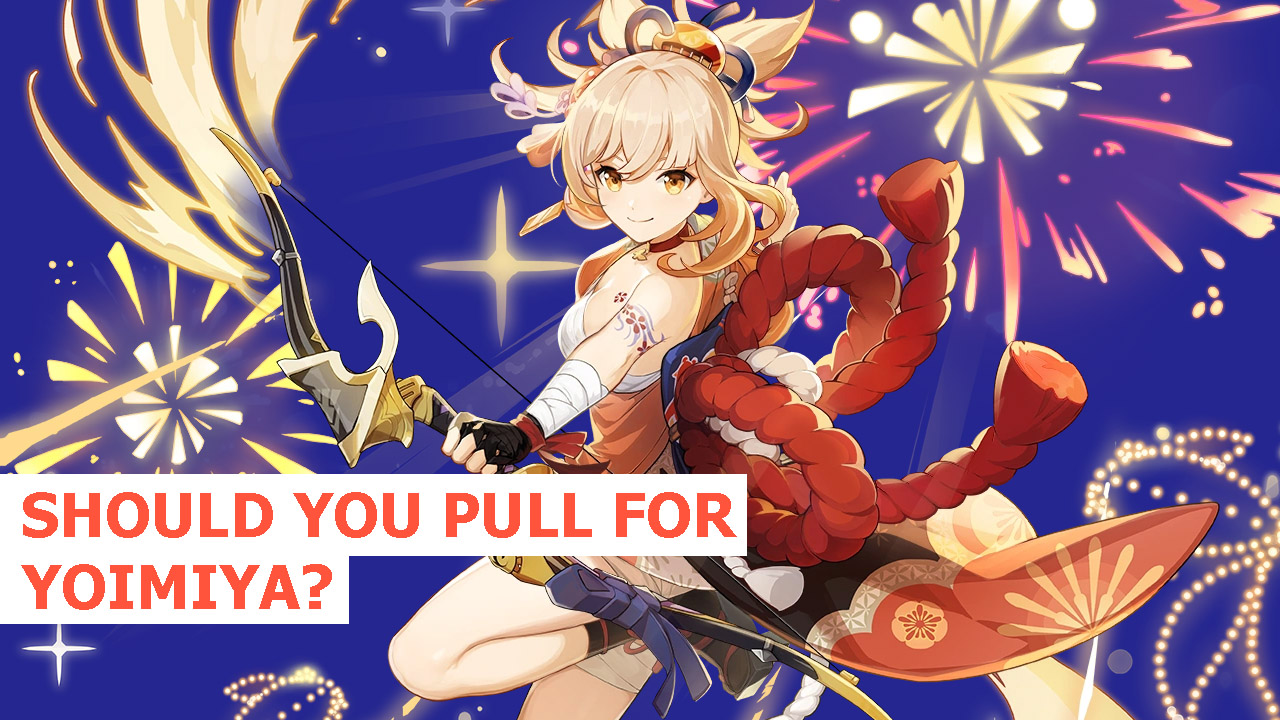 Yoimiya is considered one of the best Pyro DPS’ in Genshin Impact, thanks to both her ability to deal massive elemental damage and her intuitive gameplay. But is Yoimiya the right character for you? To answer that and more, here’s a brief overview of Yoimiya, as well as in what scenarios pulling for her is recommended.

Yoimiya is a 5-star Pyro DPS focused on dealing massive amounts of damage by making use of her Elemental Skill, Niwabi Fire-Dance, which enhances her Normal Attacks, allowing them to deal Pyro damage. She is also able to buff her teammate’s overall damage by performing her Elemental Burst, Ryuukin Saxifrage, which not only increases their overall ATK but also marks enemies, thus dealing AoE Pyro damage every time a teammate attacks. Her talents are all focused on increasing her and her team’s overall damage, making her a solid choice for both reaction-focused and element-focused compositions.

With that said, Yoimiya shines when paired with Hydro characters, specially off-the-field sub-DPS’, such as Xingqiu and Yelan, as they allow her to not only trigger Vaporize but also allow players to make full use of her kit and its buffs.

Genshin Impact: Is Yoimiya Worth Pulling?

Overall, yes, Yoimiya is a great character with the ability to perform her designed role extremely well, as well as one capable of fitting a wide array of compositions. With that said, meta-wise, we only recommended that you pull for her if you have either a Cryo or Hydro offensive sub DPS ready, or are in need of a top-tier Pyro DPS.

Now that you know whether or not Yoimiya is the character for you, don’t forget to check out a Yoimiya DPS build sure to set the battlefield ablaze.

Attack of the Fanboy / GAME GUIDES / Is Yoimiya Worth Pulling for in Genshin Impact?