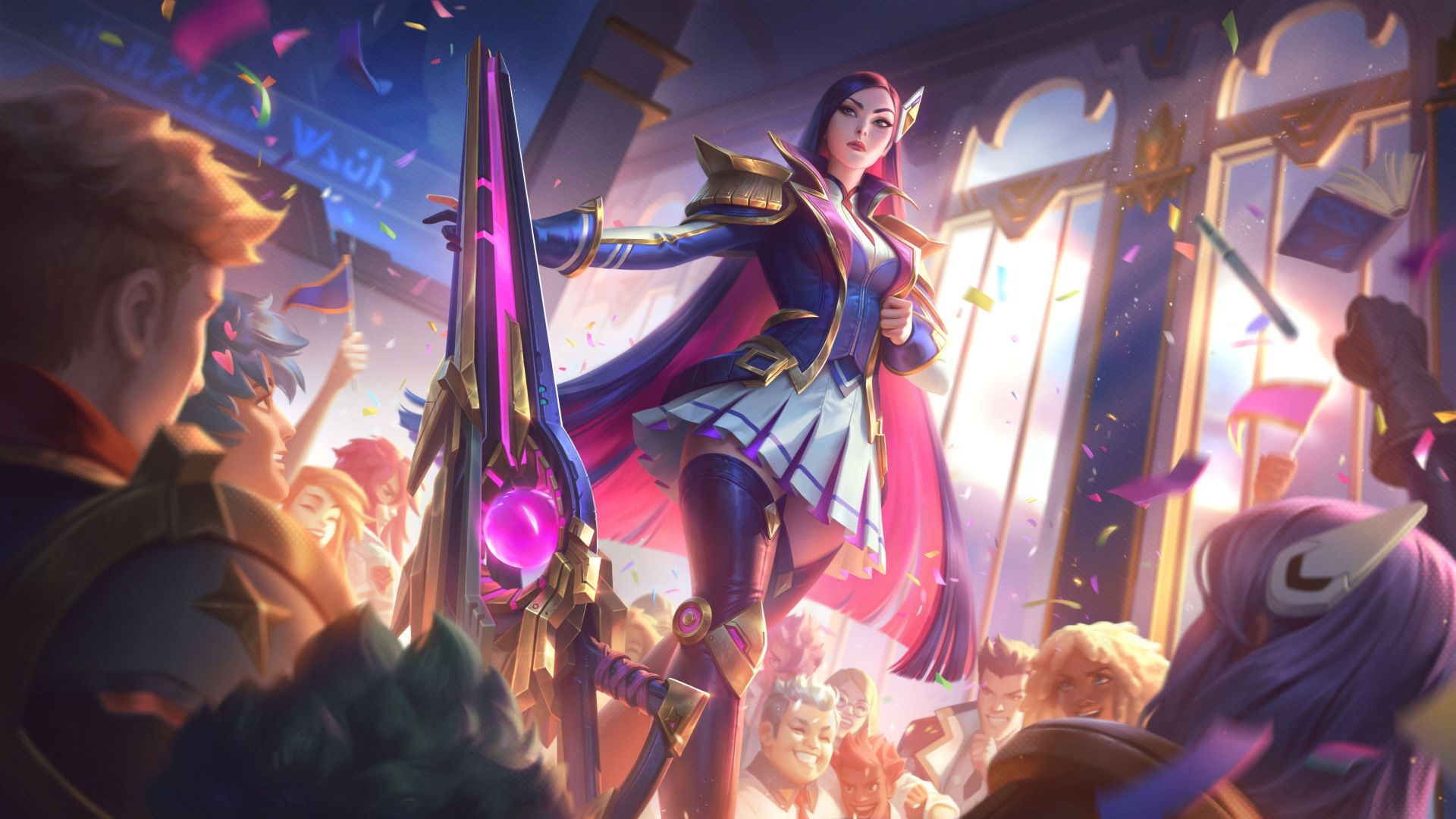 School’s in session! The new League of Legends Battle Academia 2021 Missions are here. The Battle Academia 2021 skins are already live and available for purchase! Some of your favorite champions (including Caitlyn, Garen, Leona, Wukong, and Yone) are receiving brand new skins. It’s worth noting that Leona’s skin also comes in an exclusive Prestige Edition.

As is customary with every event, new missions have been added to the game. As of 3/22, there are a total of 5 missions available, with possibly more planned to be released in the following days. These are:

You can complete this mission either by killing 3 Dragons as a team or just playing 5 games. The reward is 150 Blue Essence.

Who Needs to Study

This mission requires that you either earn 10,000 gold or play 5 games. It rewards you with 300 Blue Essence.

This mission can be completed by either earning 15 takedowns (assists + kills) in a single game or simply playing 5 games. The reward is a Mystery Emote Permanent.

A Date for the Dance

This mission requires that you play a game in a party with one or more friends. If you don’t have any friends (sad face), 5 solo games will do the trick here too. The reward is a shiny Hextech Chest.

Hit the live servers now and join the fun while the event is still on!