Legend of Zelda: Link’s Awakening – How To Get Slime Key 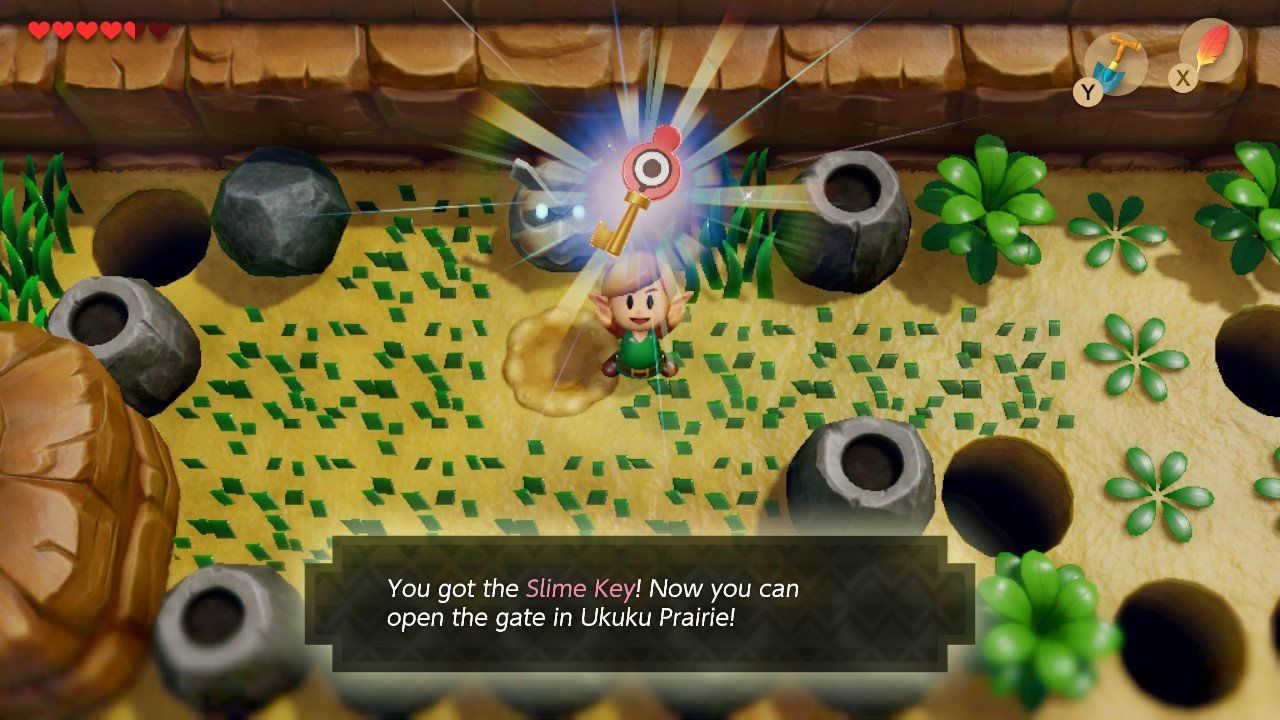 After completing the Bottle Grotto and returning BowWow to his home, it’s time to head for the third dungeon in the game. This requires you to complete a few quests along the way, including the first steps of the trade sequence until you get the bananas and then speak with Richard and go to Kanalet Castle for the golden leaf puzzle. After you are done with this, you are well on your way to the game’s third dungeon known as Key Cavern and you’re going to have to find the Slime Key to enter it.

Return to Richard’s Villa and speak with him after you get the feathers, prompting him to move out of the way to allow you to take a staircase that leads to a cave. In here, take the left path and push the rock into the hole and then jump across with Roc’s Feather to open the chest for a Secret Seashell.

Now take the other path and follow through until you’re outside again in the garden behind his house. From here, you have to be very careful, as a number of the grassy spots have holes beneath them. Make your way to the northwest area of the garden by heading east, north, and then west until you see an owl statue. You must cut down the grass in front of the statue and then use your shovel on that exact spot after the fact to find the Slime Key.

Home / Game Guides / Legend of Zelda: Link’s Awakening – How To Get Slime Key