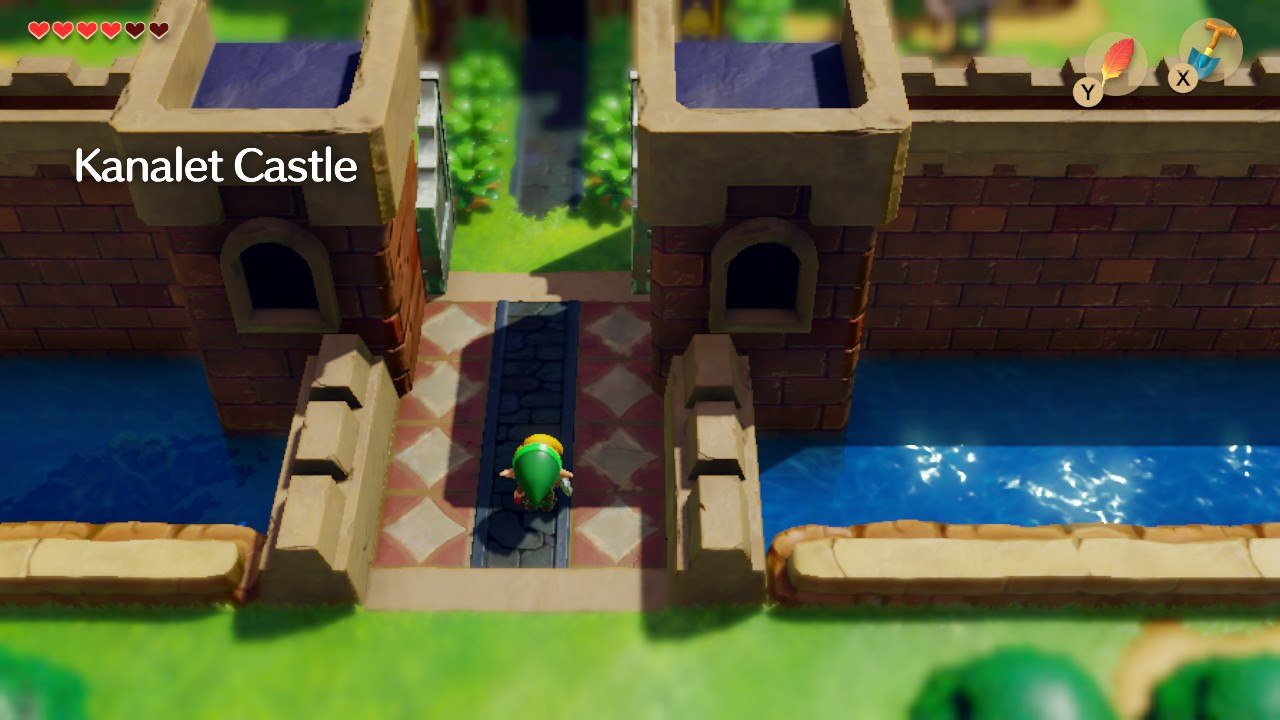 While The Legend of Zelda: Link’s Awakening features a lot of main dungeons, much of the fun is also found in minidungeons that are used to block off progress into those larger challenges. This is the case with Kanalet Castle, which is Link’s mission after running across Prince Richard in the Ukuku Prairie. This somewhat mysterious figure tasks you with recovering his lost five golden leaves, which are locked away in an occupied Kanalet Castle. To help you rush toward victory, here’s a walkthrough of Kanalet Castle explaining where are the Five Golden Leaves along the way.

How to Get Into Kanalet Castle

Before you begin your quest for the Five Golden Leaves you first need a shovel. This can be found in the Item Shop in Mabe Village. However, they cost 200 Rupees, so you may not have enough. You can farm for Rupees of course, or you can always just steal the shovel instead. There’s consequences though, so watch for that. Once you have the shovel and hopefully some bombs as well) you are almost ready.

If you’ve run across Kanalet Castle already then you know that it’s pretty locked up. The gate is closed, and there seems to be no way in. Thankfully there’s someone willing to help, for a price. To the east of the Kanalet Castle entrance is Kiki the monkey, standing near a ledge. All she wants is something to eat, luckily we explained how to get bananas right here. Once you have the bananas you’re ready and can head to the castle then to the east. Speak with Kiki and a bridge will be built for you to cross.

Head north until you run into the phone then turn left. A bush sits in front of two trees, cut it to reveal some stairs. Head down and through the passage and you’ll enter Kanalet Castle itself. Now onto the real task of finding the Five Golden Leaves. 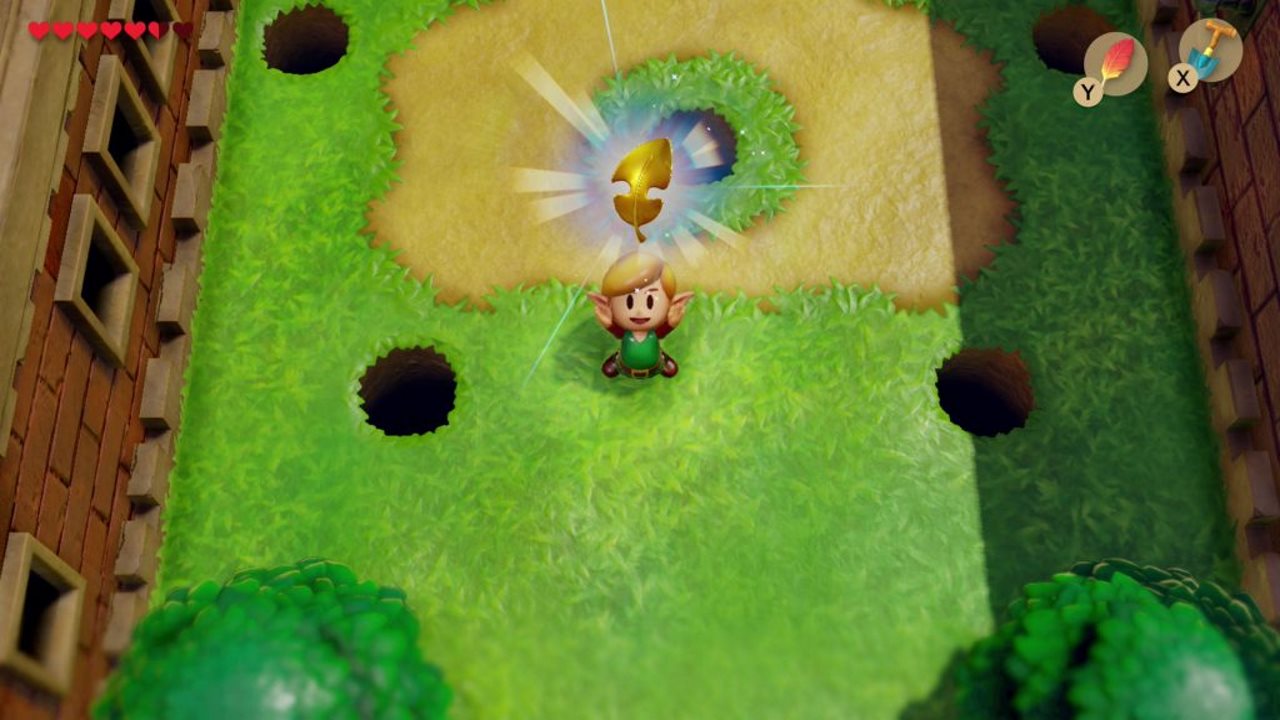 Where are the Five Golden Leaves

Once you emerge into the back of the Kanalet Castle courtyard head left, killing any guards along the way. Here you’ll find a crow sitting on a tree. He holds the first Golden Leaf so grab a nearby rock and throw it at the tree to startle it. It will attack you now, just kill it to retrieve the Golden Leaf. At this point you could head inside, but you would do better to continue around the courtyard to grab Golden Leaf number 2.

On the other side of the castle are a bunch of holes which a creature has turned into his home, apparently. He’ll pop his head out a random hole and throw a bomb at you. Dodge the bomb and move in for a sword swipe. Repeat this process until he dies, and you will retrieve Golden Leaf 2.

The other three are all inside of Castle Kanalet, so head in now. The third is directly to the left of the entrance where three enemies gather. Kill them all to spawn Golden Leaf number 3. Continue into the castle until you stand above a pit with two cracked sides. You need to bomb these cracks and kill the Darknuts that spawn to retrieve Golden Leaf number 4.

Golden Leaf 5 is held by the dungeon’s miniboss. To reach him you should exit the top floor onto the balcony and enter the middle room. Pick up and throw one of the pots at the door to open it. Head inside and kill the miniboss by dodging his incoming attacks and moving in for sword swipes. Just be patient and he should fall easily, handing you all Five Golden Leaves.

And that’s our walkthrough of Kanalet Castle explaining where are the Five Golden Leaves. Take them back to Richard and he’ll put you on the path to the Slime Key so you can continue your journey.