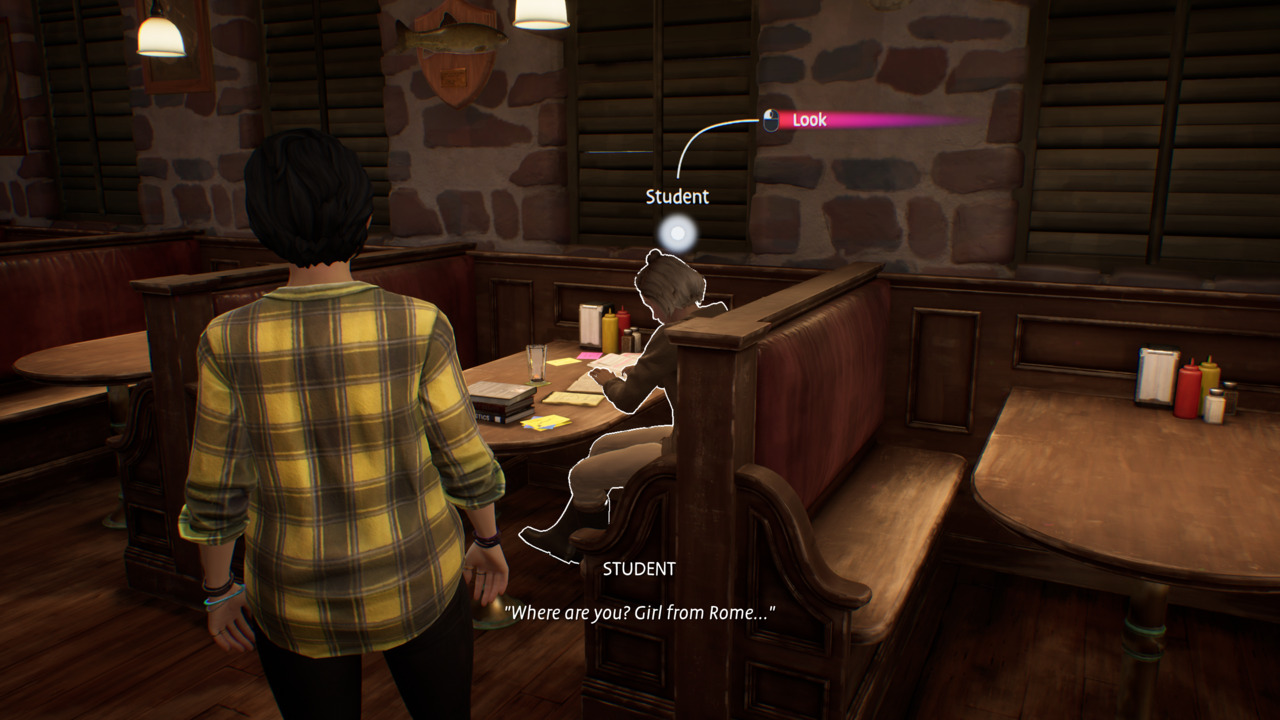 At the beginning of Chapter 3 of Life is Strange: True Colors, you’ll come across a Student in the bar that wants to hear a song with the lyrics “Where are you? Girl from Rome…” She says the song used to be played in the bar all the time, but she hasn’t heard it in a while. Helping her out and playing this song on the jukebox will unlock the Earworm Squasher achievement/trophy, but finding the right song can be tricky. Here’s how to play the “Where are you? Girl from Rome…” song and earn the Earworm Squasher achievement in Life is Strange: True Colors

How to Earn the Earworm Squasher Trophy in Life is Strange: True Colors

Before you can start the quest to find the right song, you have to use Alex’s power to sense the Student’s aura at the beginning of Chapter 3. This is where you’ll get your first hint: the song’s lyrics are “Where are you? Girl from Rome…” Once you learn the lyrics, talk to Jed in the corner of the bar and ask about the song. He’ll tell you all the songs they have are currently in the jukebox, but that’s actually not the case. Song 2 is strangely missing. “Where Are You? Girl from Rome…” Song Title

From there, talk to Steph and Ryan at the counter and ask them about the song. They’ll tell you the song’s name is Alabaster Daydreams, which just so happens to be the song that is missing from the jukebox. Jed supposedly pulled it out of the jukebox and stashed it somewhere, so head back to his table and ask him where it is. The CD is hidden behind the bar someplace according to Jed. You can find it on the counter next to the computer. With the CD in hand, go to the jukebox and select Alabaster Daydreams. Once it’s in the jukebox, press play and you’ll earn the Earworm Squasher achievement/trophy for helping the girl with the song. If you go back to her table, you’ll see she has a yellow happiness aura around her because of your good deed.

Life is Strange: True Colors is available now on PC, PS4, PS5, Xbox One, and Xbox Series X|S. A Nintendo Switch version of the game is coming at a later date. Check out our review of the game here.