Life is Strange True Colors: How To Defeat Bridge Troll Without Combat

The bridge troll may be scary but there are a few ways to take it down without resorting to combat. In chapter three of Life is Strange: True Colors, the quaint town of Haven turns into a magical fantasy land where Alex and Ethan enjoy an exhilarating adventure. This is done through a LARP (live-action role play) event where most of the town dresses up as various fictional characters. Alex and Ethan are tasked with collecting three special stones. However, to do that you will have to face many monsters including the ugly bridge troll. This guide will show you how to defeat the bridge troll in Life is Strange without having to engage in any combat with it.

Your LARPing adventure will begin in the park. There you will come across a vicious dire wolf. This will be your first battle of the day, so use it as your opportunity to learn how the combat system works. Defeating the dire wolf should not be too hard with Alex and Ethan working together.

Once you have made light work of the dire wolf, the beast will drop some precious loot which will include a single gold coin and a key. Keep it, as it will be important later on. With the dire wolf defeated, you will be free to leave the park. You will find the jester standing next to the boat rental place opposite The Black Lantern (which, due to the LARP event, has been transformed into Gullweather’s Tavern).

If you speak to the jester, he will give you a riddle. To solve his tricky brain teaser will take a bit of searching.

After speaking to the jester, enter The Black Lantern. Inside, you will Duckie dressed as a cute gnome. After speaking with Duckie, head to the area of The Black Lantern where the pool table is located. There, you should find a tattered scroll attached to the wall. It is positioned between a bear statue and a fireplace. The scroll should have the solution to the jester’s riddle.

Before you leave The Black Lantern, there are a few other things you might be interested in doing. Firstly, there is another gold coin you can pick up next to Gabe’s plaque. Secondly, there is a music box at the bar. Open it using the key you took from the dire wolf and you will find one of three gems you require. Lastly, speak to Duckie one more time and tell him about your quest. In response, he will give you an Obsidian Chime which will allow you to put the river serpent to sleep.

Return to the Jester

Leave The Black Lantern and return to the jester. He will repeat his riddle one more time, but on this occasion, you will have the opportunity to answer. The correct answer is “Nira, Desys, Belin”.

As a reward, the jester will teach you how to deal with the bridge troll. It seems the monster is a greedy one because it can be bribed with four gold coins. The jester will also gift you with a gold coin for solving his riddle, which should bring your total number of gold coins up to three.

The bridge troll in Life is Strange can be defeated without combat via two methods: either defeat the bridge troll through bribery or by purchasing Troll Dust to make the troll friendly.

If you choose to bribe the bridge troll, you will need one more gold coin. This can be obtained by defeating the river serpent. This is a simple enough task if you have followed this guide and obtained the Obsidian Chime while in The Black Lantern.

The river serpent is located at the far end of the alley beside the Silver Dragon dispensary. Simply use the Obsidian Chime on the serpent and it will fall asleep. If you need more detailed instructions on how to do this, consult this handy guide here.

Once the serpent is down, you can grab its loot which includes a gold coin, a new skill, and a scale that is useful for getting one of your three gems from the record store. Now that you have all four gold coins, you can locate the bridge troll. 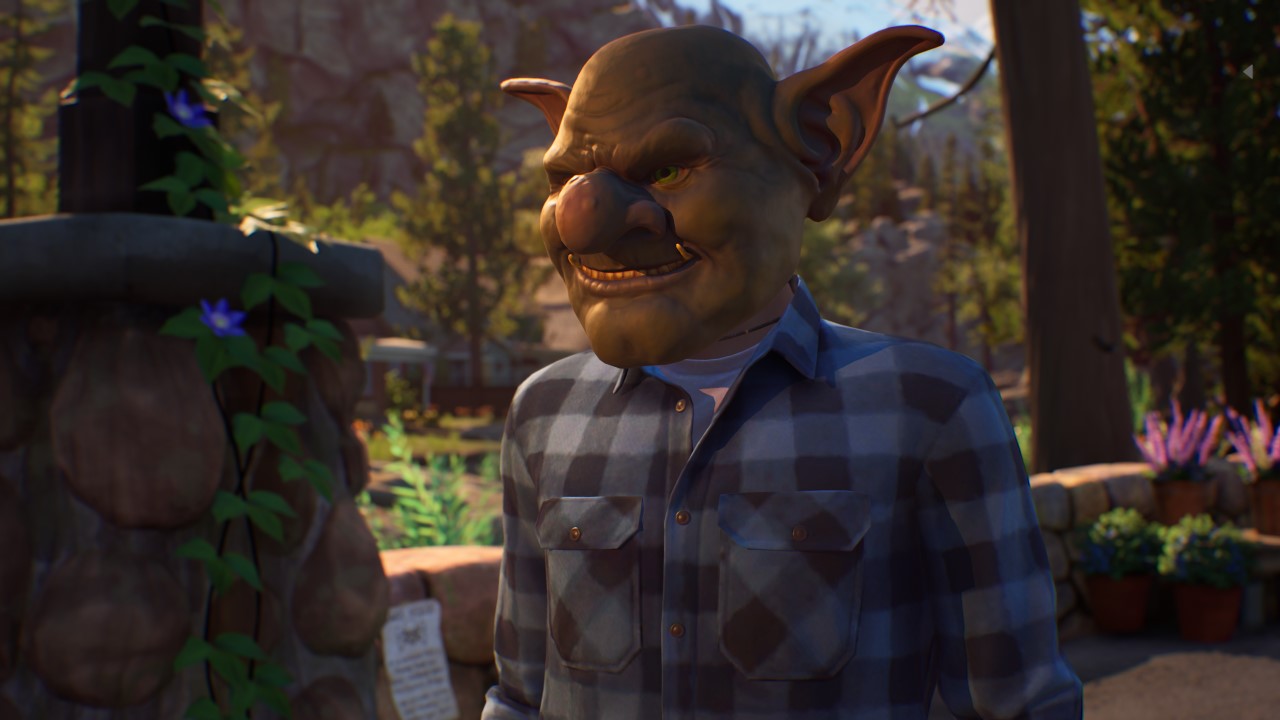 After exiting the alley, turn right then turn right again once you reach Lethe Flowers. The hideous troll will confront you once you reach the Bridge of Flowers. On his belt is one of the gems you require. When the dialog options appear, simply choose “bribe” and when asked the amount, select “4 coins”. The troll will be happy with this deal and will give you the gem in return.

After trading with the troll, remember to ask for help with your quest, as the troll will give you a new skill.

If bribery is not your thing, the bridge troll in Life is Strange can also be subdued without combat using Troll Dust. The benefit is that it will only cost you three gold coins instead of four.

After solving the jester’s riddle, head to the record store where Steph is located. You will find that it has been transformed into a witch’s lair called The Magpie Emporium. Steph, assuming the role of a Mysterious Proprietor, is selling a host of wares. The only thing that should interest you at this point is the Troll Dust. For the cost of a measly three coins, it is yours.

While you are in the store, it is a good idea to take a look at the smithing scroll on the right-hand side of the entrance. It tells you what the components of Sunsilver are. If you tell the blacksmith standing outside the emporium, he will give a scroll that will teach you a new skill.

With your Troll Dust in hand, you can now take down the troll. The monster is located at the Bridge of Flowers. After exiting the record store, turn left then turn right when you reach Lethe Flowers. When you arrive at the bridge, the monstrous troll will stand in your path. Simply select the “Dust” option, and Alex will blow the Troll Dust in your foe’s face, turning them into a friendly creature. From then on, all Ethan needs to do is ask politely and the troll will give up their gem.

Before you leave, ask the troll to help you with your quest, and they will give you a new skill.

Life is Strange: True Colors is out on PS4, PS5, Xbox One, Xbox Series X/S, and PC. It is also set to release on Nintendo Switch in 2022.