How should you help Charlotte? At the end of Chapter 3 of Life is Strange: True Colors, you are given the choice to either take Charlotte’s anger or leave her alone. She’s feeling a lot of rage and guilt at this point in the story, and her anger is directed at all sorts of people. Her son, Ethan, is the main recipient of this anger though, and Alex feels like her anger could potentially lead her down a bad path. Alex has struggled with anger previously too, so trying to do anything here poses a huge risk. So, should you take Charlotte’s anger or leave her alone in Life is Strange: True Colors?

Should You Take Charlotte’s Anger or Leave Her Alone?

If you take Charlotte’s anger, Alex will be able to contain it for a moment, but it will come back to bite her later. In the next scene, Alex will take her anger out on Steph and Ryan. She has an outburst and ends up really upsetting Steph. She and Ryan will leave Alex alone in her apartment, leaving you to investigate the Typhon USB stick on your own. Also, taking Charlotte’s anger will cause her to feel emotionally apathetic and numb in Chapters 4 and 5. She won’t help you out in the final chapter, either. 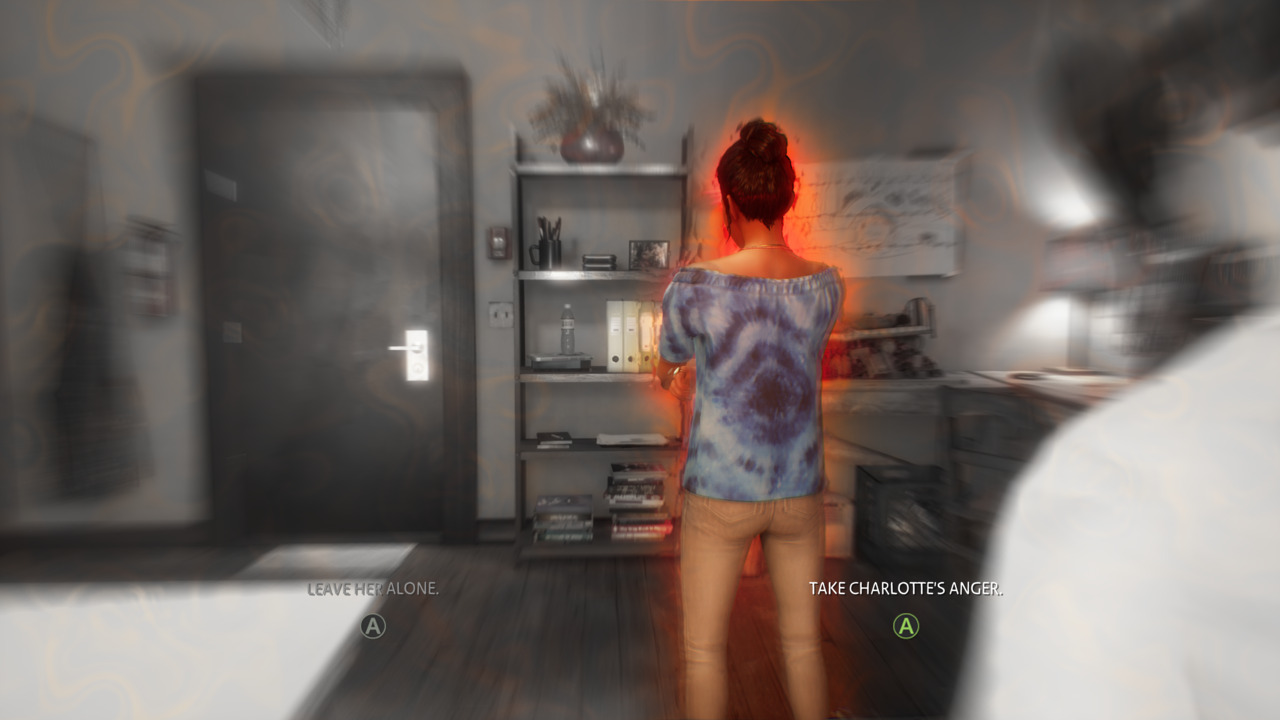 If you decide to leave her alone, then nothing goes wrong. Charlotte will still be upset, but she’ll work through her feelings and apologize to Alex in Chapter 4. She’ll help you out in the final chapter as well.

The best choice here is to leave Charlotte alone. Taking her anger is a short-term solution that ends up hurting everyone in the long run. Taking her anger will result in a slightly worse ending and cause Alex to lash out at her friends, while leaving her alone doesn’t have any negative effects at all. It’s more beneficial to leave Charlotte alone.

Life is Strange: True Colors is available now on PC, PS4, PS5, Xbox One, and Xbox Series X|S. A Nintendo Switch version of the game is coming at a later date.