Check out how to build Peach in Mario Strikers: Battle League Among the characters featured in Mario Strikers: Battle League, Peach is without a shadow of a doubt one of the fastest, making her a solid choice among the game’s roster. But what pieces of gear are the best for Peach in Mario Strikers: Battle League? To answer that and more here are a couple of Peach builds sure to not only make your presence known on the pitch but also bring the most out of the game’s best runner.

Peach’s biggest strength lies in the fact that she not only has an extremely high innate speed but also a high innate technique stat, which allows her to dribble past defenders efficiently and perform perfectly placed aimed shots. With that said, she is a character best suited for those who plan to both perform fast attacks and dribble their way to a goal, as well as for those who enjoy rushing past defenders with both free and perfect passes.

Taking into account that the best gear composition for Peach should be one that not only improves her strengths but also allows her to score a lot of goals upon getting the ball, we would recommend the use of the Bushido Sandals together with the Cannon Plate/Gloves, and the Trick Helmet, as this composition will greatly increase both her Technique and her Speed, although at the cost of her Strength. For those who have yet to acquire the Bushido Set, we recommend the use of a composition featuring the Cannon Visor, Turbo Gloves, Cannon Plate, and Cannon Bots, as the gear pieces will not only increase her overall speed and technique but will also improve her shooting, all while keeping her passing relatively high. 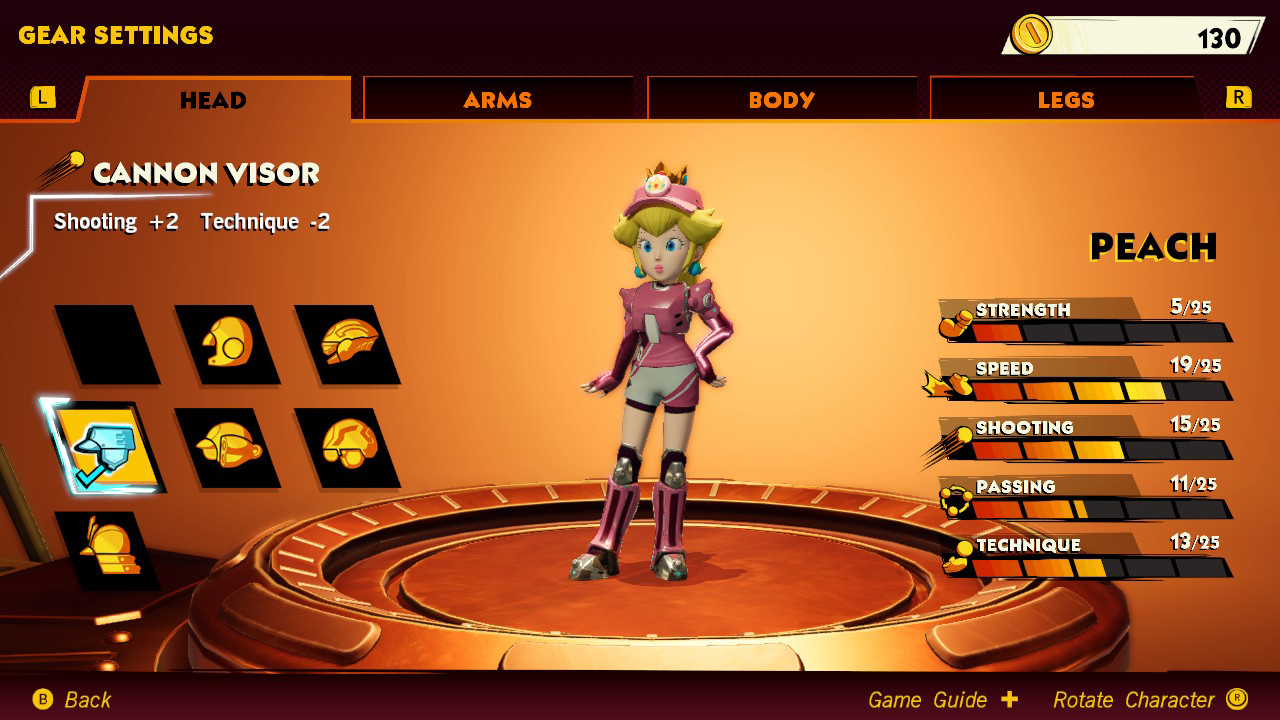 Now that you know how to build Peach in Mario Strikers: Battle League, don’t forget to check out how to build Bowser, as well as how to farm coins in the game.