They are rare but you can tilt the odds in your favor. 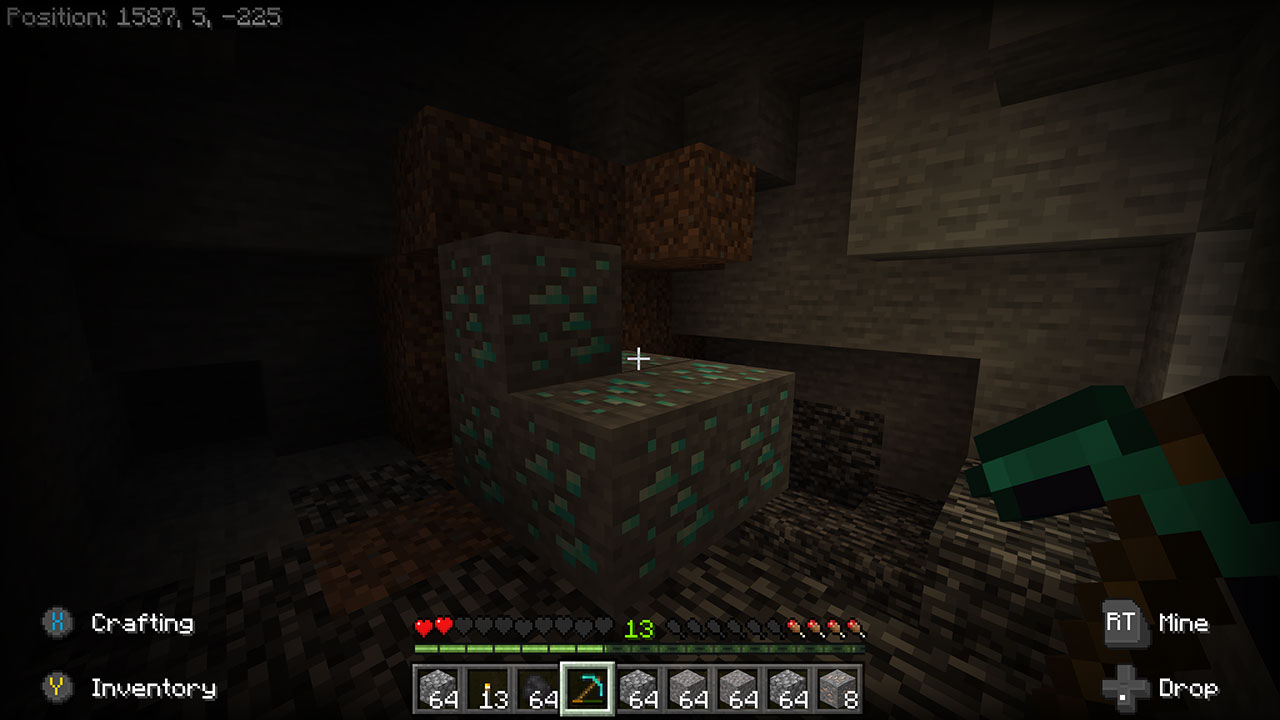 Diamonds are one of the most valuable resources you can get in Minecraft.  Not only do they allow you to craft powerful weapons and gear, but they’ll let you build special items like the Enchantment Table to make your character stronger through Enchantments.  That said, finding diamonds in Minecraft isn’t easy, but there are some things you can do and some places you can look to help yourself get lucky and find some diamonds sooner rather than later.

The best way to go about finding diamonds is by mining for them.  When going out on a diamond hunting expedition it’s probably prudent to bring the right equipment so you can make it home with your prize.

There are multiple ways to go digging for diamonds in Minecraft.  You can either go out looking for cavern systems in your world.  Or, you can just dig.  Either way, you’re going to want head down into the world deep into the Y-axis.

The deeper you go the better.  The further you go into the Y Axis of the world the higher the chance you have to find diamonds.  We’ve found that anywhere between 5-10 on the Y-axis will give you your best chance of finding them diamonds.

Once you see the light blue flakes in the block it’s time to mine.  Pull out that Stone Pickaxe or better and collect the group of diamonds.  Where there’s one block there’s usually more, search around any singular diamond block for more diamonds.

There are numerous places that you can loot diamonds in Minecraft without ever having to mine a single block.  To do this you’ll need to find chests that could potentially have the diamonds in them.