Modern Warfare 2: How to Get Burger King Skin and Rewards

Check out Burger King's latest collaboration with Call of Duty! 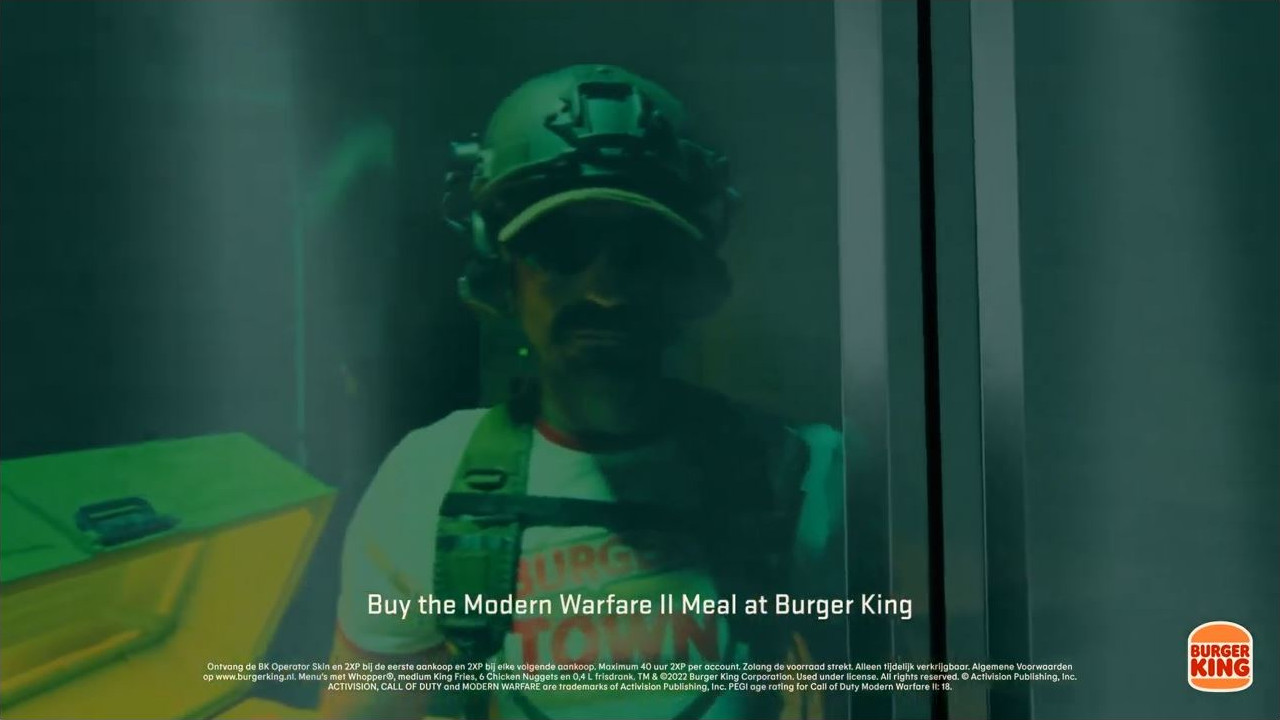 Call of Duty: Modern Warfare II has almost released in full. To celebrate this upcoming release, the developers have started collaborations with popular franchises. This includes a collaboration with Burger King, the popular fast-food chain. This is only one of many partnerships boasted by Modern Warfare II, but it’s a particularly notable one thanks to offering a brand-new skin. To get the Burger King skin in Modern Warfare II, fans will need to visit a participating store and purchase a special meal.

How to Participate in the Modern Warfare II Burger King Collaboration

If your Burger King is participating in this collaboration, it will have a special Modern Warfare II meal available for purchase. This meal comes with a Whopper alongside nuggets, fries, and a drink. Upon purchasing this meal, you should find yourself with a special code that grants access to the in-game skin alongside an hour of double XP. This code can be redeemed through the official Call of Duty website. The actual skin you receive from this collaboration is an interesting choice. Rather than featuring the Burger King logo, it features the logo for Burger Town, a franchise commonly seen in Call of Duty titles including Black Ops Cold War.

It should be noted that this collaboration will vary depending on where you live. For one, it does not appear to be available worldwide as of this moment, only showing availability in certain regions such as France. This limited availability might change in the near future, but it should be kept in mind if you find your store doesn’t have the special meal available. Additionally, the French version of the meal comes with different food, including a Whopper with cheese and onion rings instead of a regular Whopper and fries. Be wary of changes between the promotion in different territories, especially if you’re getting the food for a friend while you enjoy the code for yourself!

Attack of the Fanboy / GAME GUIDES / Modern Warfare 2: How to Get Burger King Skin and Rewards