Magnamalo is now available for hunting. 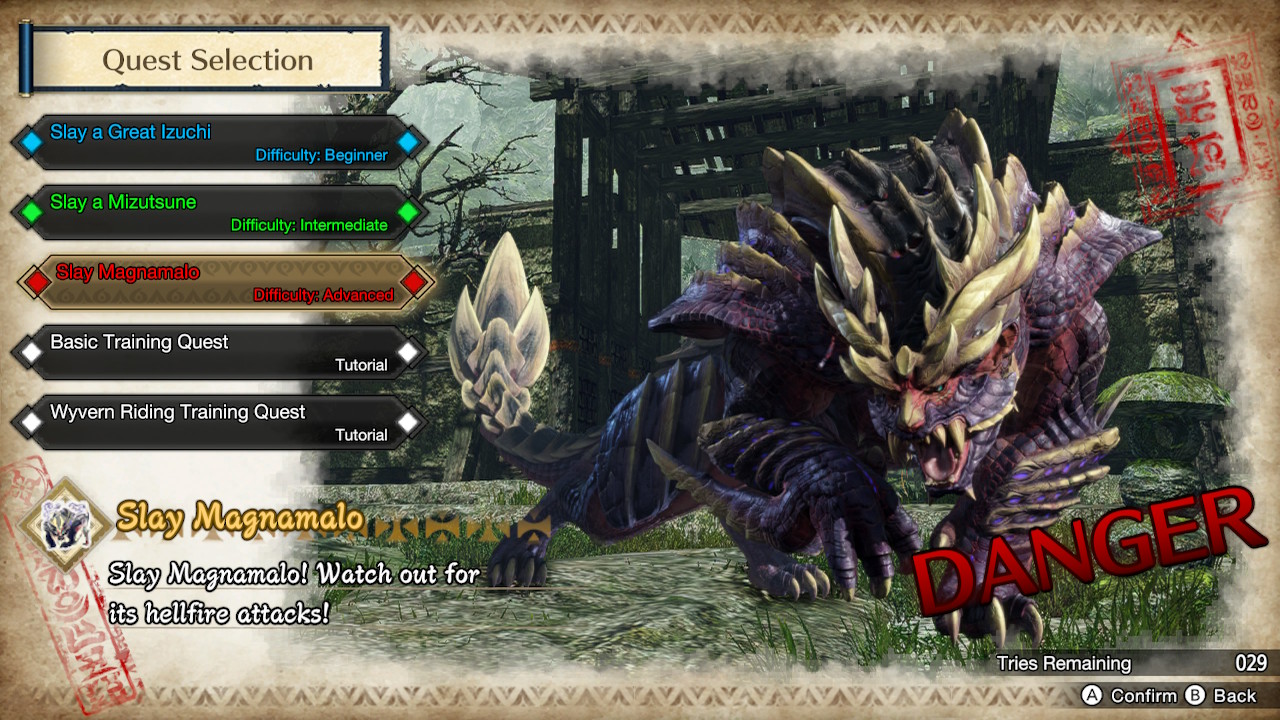 Monster Hunter Rise Demo 2 is finally out, released a couple of hours ago and hunters are already tackling the new content that was brought alongside it. Magnamalo is of course the new highlight, the flagship monster of this new entry.

The first demo was launched a while ago, with up to 30 tries for anyone who wanted to try their luck hunting a Great Izuchi, the aquatic Mizutsune or trying some basic training quests, to get ready for the game’s official release. This time around, the second demo came with some extra goodies, so let’s see what changes are there, if any.

What changes are there in Monster Hunter Rise Demo 2

As we mentioned above, the most important change that was introduced, is that now we have one extra quest to tackle, namely ‘Slay Magnamalo’. Magnamalo, the new fanged wyvern and flagship monster of Monster Hunter Rise, is part of an Advanced quest, indicating how tough he actually is. Not only his overall speed and power are off the charts, but he also has in his arsenal fiery projectiles, along with some other surprises. For anyone that thought the previous quests were not anything really hard to deal with, they are in for a treat with this new monster.

Also, in case you still had the previous demo installed in your Nintendo Switch, all you have to do is to click on it and it will show a message for updating the specific app. No need to download again a separate file, which is a very welcome feature. Also, it resets your used tries, back to 30. Get ready to spend another dozen of hours studying this new beast.

Lastly, the team of Monster Hunter Rise mentioned that there will be some new moves within Demo 2, that were not present in the original one. They most likely refer to new Silkbind attacks, so make sure to try out every weapon again to see for yourself what new movesets are now implemented.

And those are all the confirmed changes this Demo 2 brought to us, but after some game sessions, there may be something in there that we didn’t catch the first time around. Happy hunting!

Monster Hunter Rise is set to release on March 26, on the Nintendo Switch.