A lance with a cannon attached, what more could you need. Monster Hunter Rise keeps the tradition going with Lance’s counterpart, Gunlance, being a literal powerhouse by mixing fast thrust attacks with explosive bursts. In essence, the Gunlance is a spear that has a gun attached, able to mix things up when needed. With hellish attacks like the powerful Wyvern’s Fire and the new Silkbind attacks, this juggernaut is perfect for those that like the Lance’s playstyle, but want to spice things up a bit. Follow this guide below to see every detail about this destructive weapon.

Gunlance in Monster Hunter Rise is as cool as it was in previous installments, and with the new Wirebug feature, some of its oldest problems are now partially fixed. Namely, mobility was one of the weapon’s biggest drawbacks, as it is very slow in both its attacks and movement as well. The addition of the Wirebug is something that helps this fact significantly, making it easier for players to jump into a hunt with the Gunlance.

At its core, and as you would expect, Gunlance’s gameplay is very similar to Lance’s. What makes the weapon feel different though, is two things. First, the most glaring difference, is that the Gunlance can use Shelling to shoot burst rounds in front of it, resulting to mini-explosions. This helps in a number of ways, like being able to deal more damage as a result, but requires some resource management which the Lance doesn’t really have. Second, the Gunlance has also a good variety of side and sweep attacks, not limiting itself only to thrust attacks. That said, they are not the best to use damage-wise, as they act more as a filler chain to better combos, usually resulting to burst shots.

While the Gunlance lacks the versatility of a Lance in regards to defensive mechanisms, as it doesn’t have counter moves, it does have a very strong shield. Guarding with a Gunlance is really efficient, compensating for the lack of more evasive maneuvers.

Lastly, Monster Hunter Rise brought back the weapon’s strongest attack, the Wyvern’s Fire, and alongside Burst Fire the weapon has some incredibly damaging moves. The constant need for reloading and cooling down though hinders them a bit, as you can’t really spam them frequently. Which means, you need to plan ahead and use them only when you are sure they are going to hit the target, preferably on a weak spot. 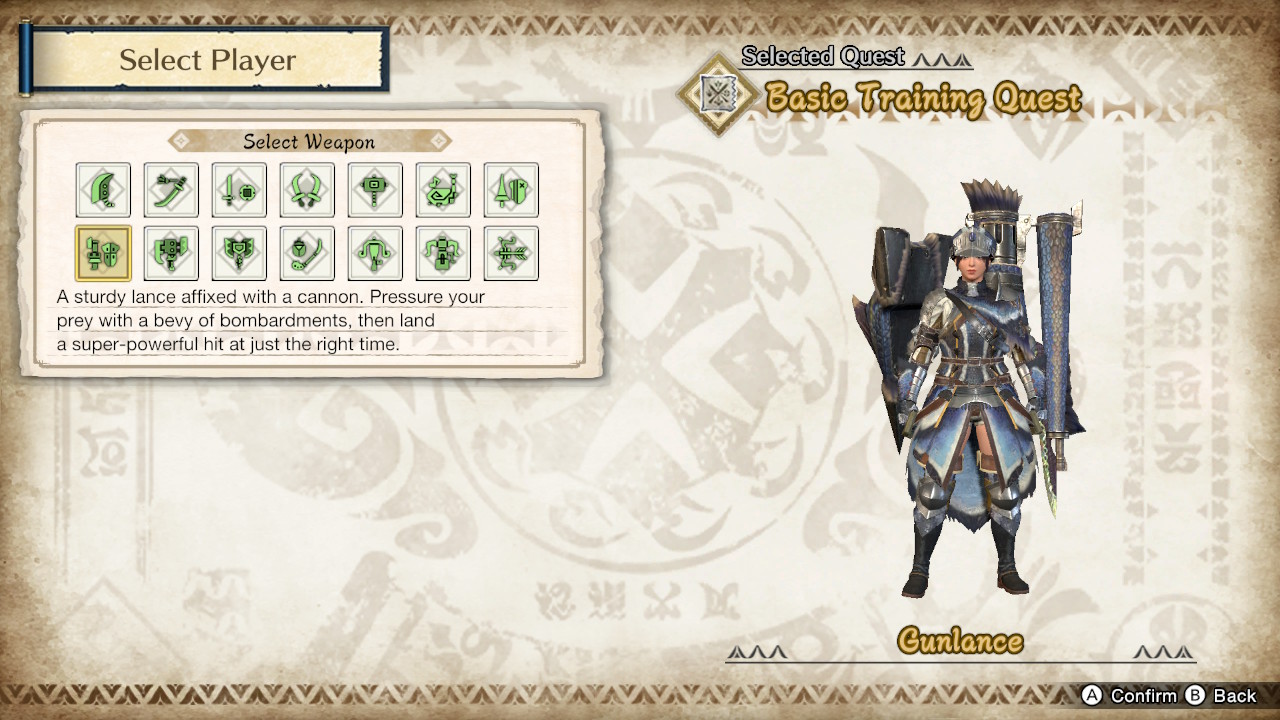