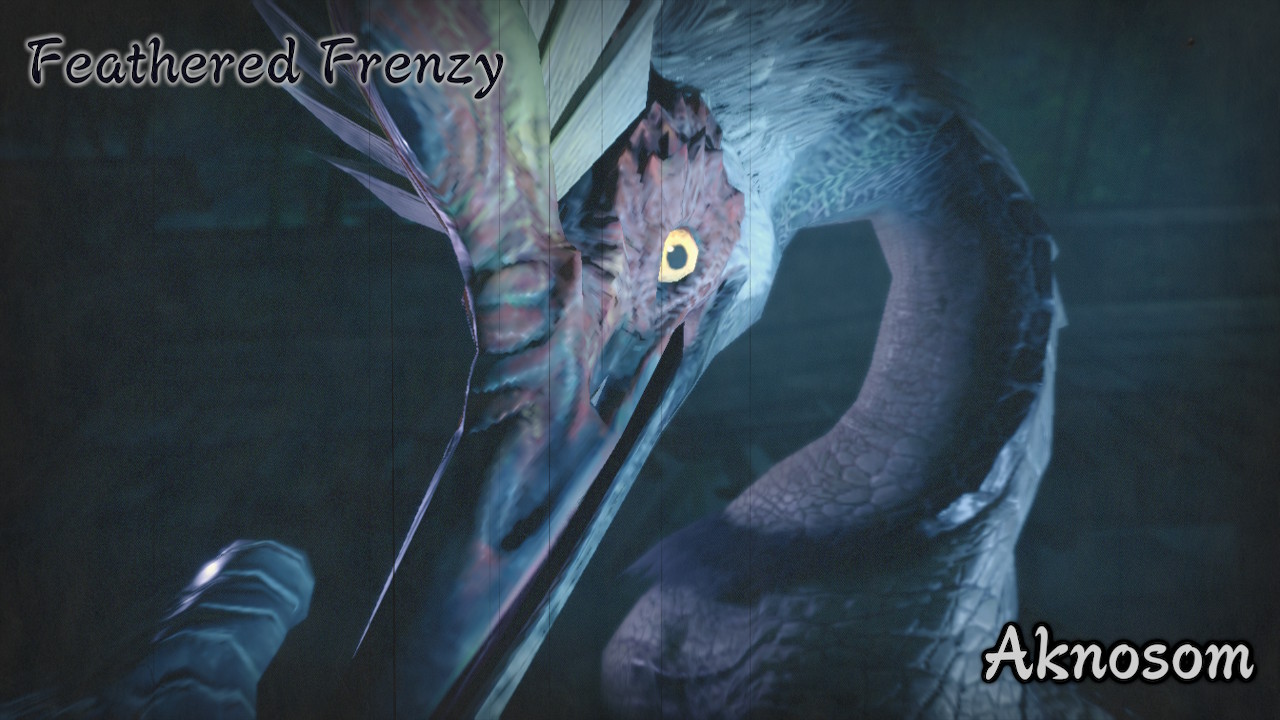 Monster Hunter Rise introduced a new entry-level monster, the elegant Aknosom. It’s a Bird Wyvern that looks like an umbrella when it is not fighting and minding its own, as it stands on one leg and keeps its wings and crest on its head folded around it. While it looks intimidating when it unveils its whole body and size, it really isn’t and we will see all about it right below in this guide.

How to beat Aknosom in Monster Hunter Rise

For anyone who’s seen Kung Fu Panda 2, Aknosom is literally Shen from that movie. For those that have not a clue about what I’m talking about, don’t worry, as I’ll explain further. Aknosom is a speedy fighter with lots of different wing attacks, mostly aimed to close combat. It is highly territorial, so in order to prove its dominance over its turf, it spreads its wings all over the place with stylish slices. Oh, it also spits fire balls. 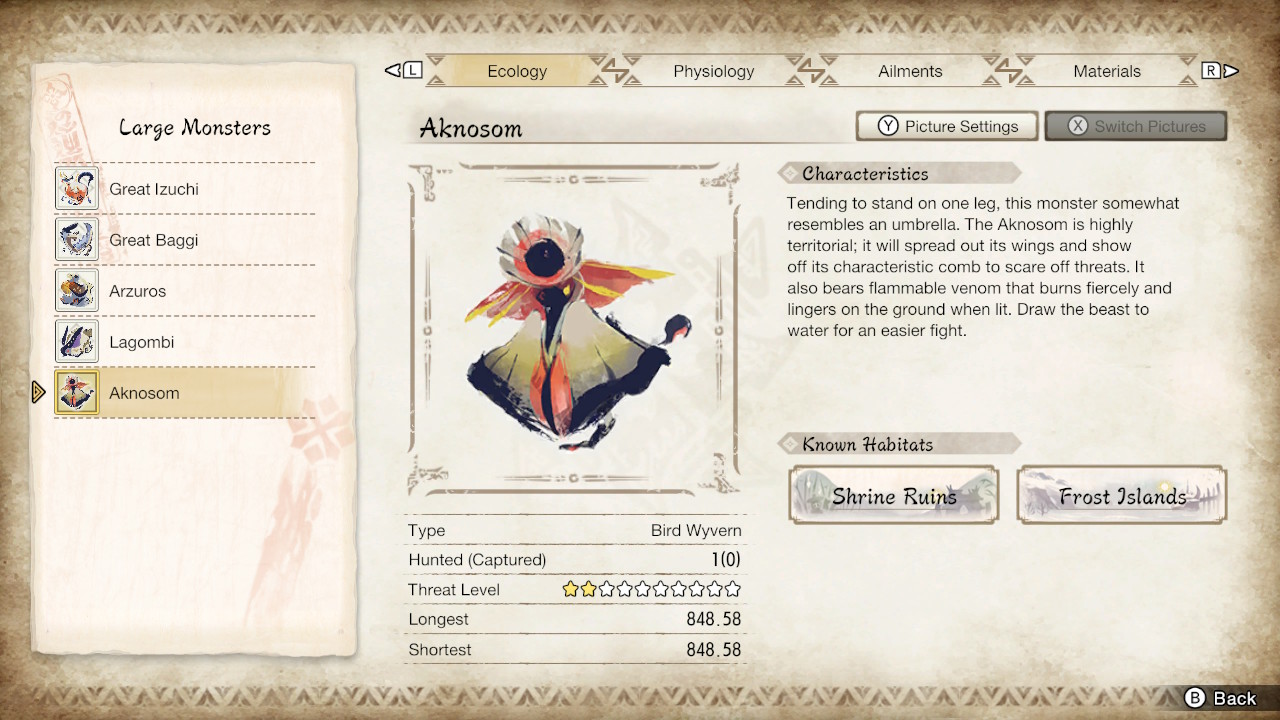 Aknosom really likes it’s martial arts-like moves, since it hits relentlessly with legs, wings and mouth. Being the first threat level 2* monster in Monster Hunter Rise, you would expect this being a tough challenge to overcome, if you combine those fast attack combinations with its fire breathing. Oddly enough though, not really.

This Bird Wyvern is not a tough monster to handle. Especially its normal variant, as High Rank and above do have their level of difficulty. While yes it does prove as a nuisance for melee weapons, its attacks are predictable and easy to avoid, if careful. It has a lot of different attack patterns, but almost all of them tend to have a start-up animation, which is highly distinguishable. This is due to its physiology, where it uses its umbrella-like shape to ready any attack. It curls up, fans out or even completely shuts within its wings, making it easy to read what it is going to do next. 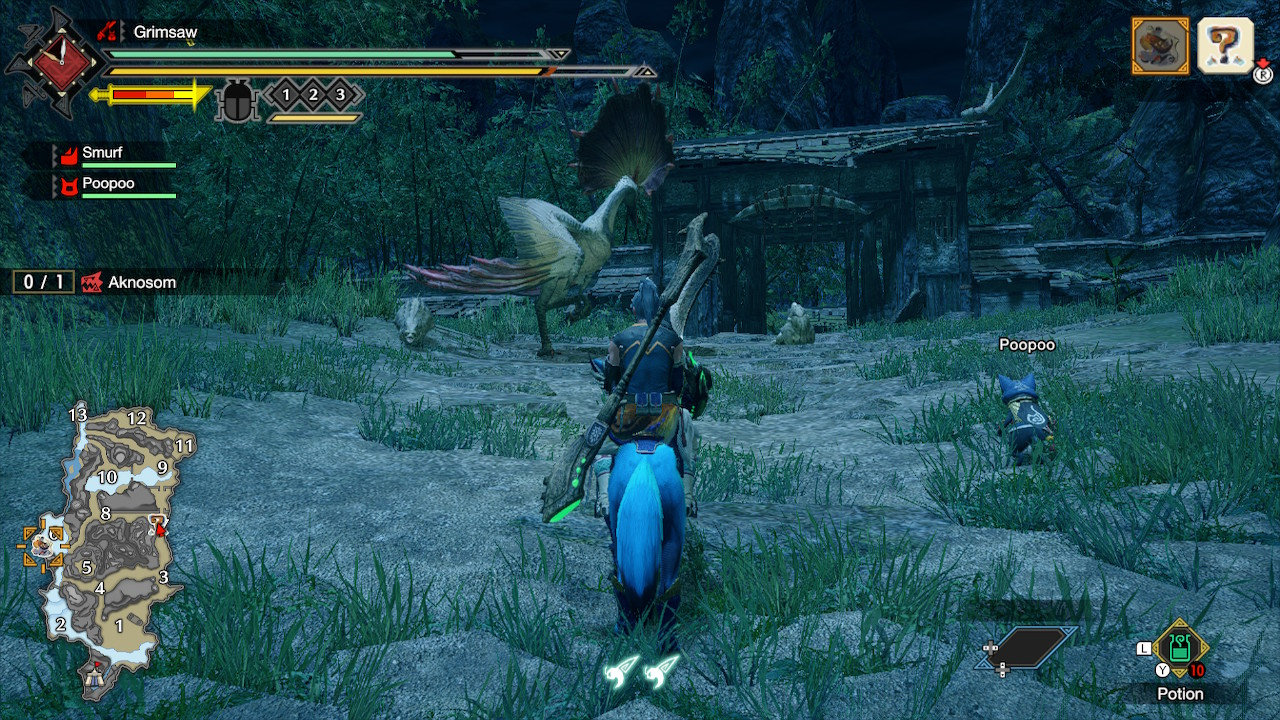 That said, it does have some tricks up to its sleeve. Most notably, its fire projectiles. In contrast to Rathian and Rathalos, these projectiles are spit out in a spread pattern, raining from above. While they are way slower than the fire balls of those two behemoths, they mostly act as a control tool, instead of direct damage. They linger in the field for a while, narrowing down your movement. If Aknosom ends up using this move in a tight space, it could mean some trouble. Which is why it is suggested to draw Aknosom to areas with water, which completely negates such a move, making the crane an easy target.

Slower weapons are not recommended in this fight. Weapons with wide attacks are however, such as the Long Sword and Insect Glaive. Aknosom has a ton of hitboxes and parts, making it really vulnerable to weapon with AOE-like features. Insect Glaive in particular can completely wreck this Bird Wyvern, with its vaulting Jumping Advancing Slash. The combination input for this attack is “ZR+B->B->A”. If you keep doing this while attacking it sideways, you can do it repetitively with no disruption. Avoid though using it from the front, as Aknosom can easily hit you and interrupt your sequence.

With that, we reach the end of this hunting guide for Aknosom. It is not a hard battle, and if you just keep attacking from the side and anticipate its kung-fu like moves, this giant crane is going to go down really fast. Plan accordingly and make sure to come to the field prepared.