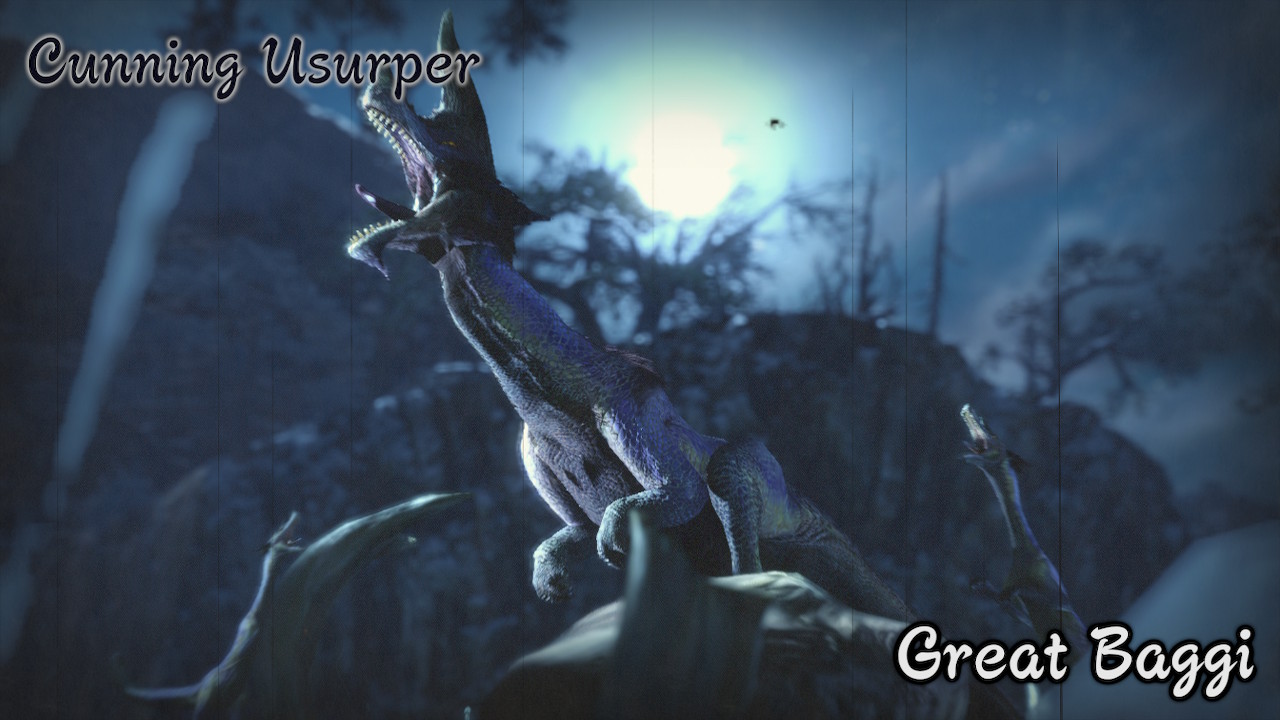 Monster Hunter Rise begins with two raptor-like creatures, with the second one being the Great Baggi. A master tactician, this Bird Wyvern is all about controlling the field by calling for help to lesser Baggi and throwing projectiles at you that can make you drowsy. The Cunning Usurper may be a low threat monster, but don’t underestimate its clever tactics. Below we will see the most efficient way to beat the Great Baggi.

How to beat Great Baggi in Monster Hunter Rise

Great Baggi are fast, carnivorous Bird Wyverns that have a blue skin to adapt the snowy climates they are mostly found in. They are able to spit a projectile that can send you to sleep, and if you combine that with their dominance over other small Baggi, it can mean trouble really quick. 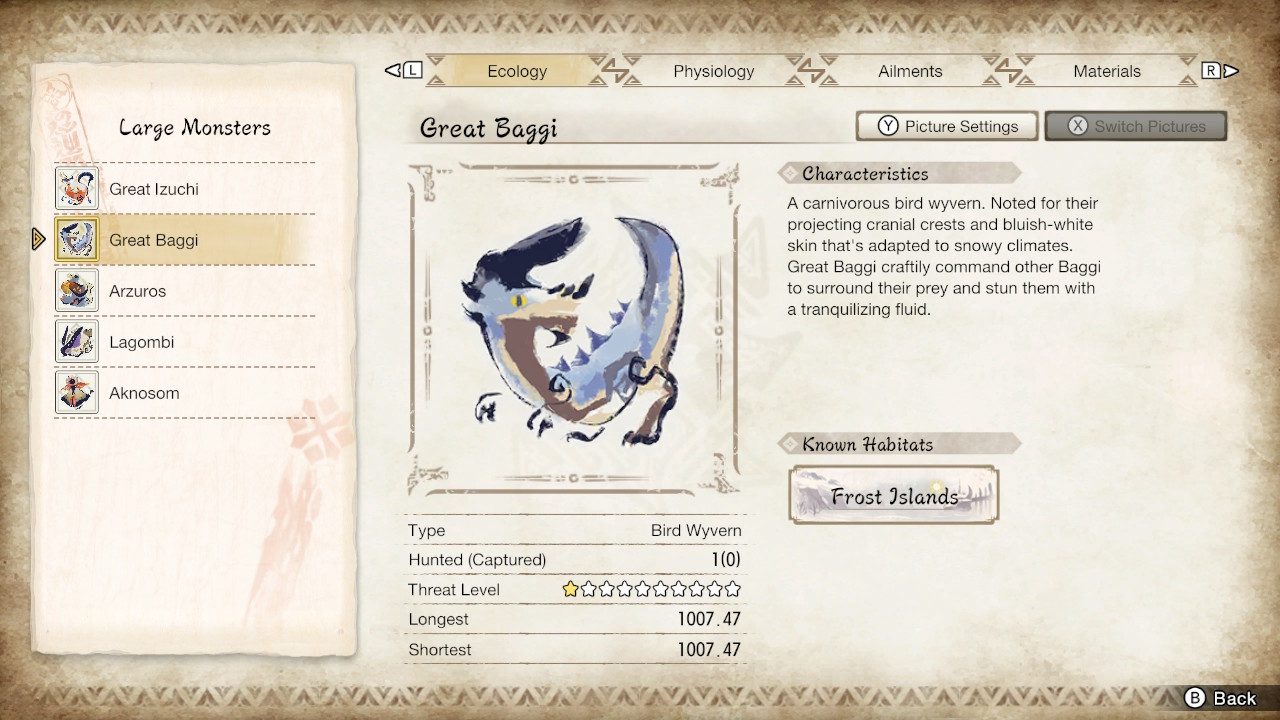 Great Baggi are hunters. They prioritize tactics over sheer strength, since they are aware that’s the field they are lacking to. They tend to specialize in group offence, by leading other Baggi to battle, usually leaving them go down first. While an easy fight overall, a Great Baggi can be proven annoying if left unchecked, especially in HR.

Their trademark venom is what they are mostly known for, since just by hitting you once, can send you after a couple of seconds to sleep. There are many ways to prevent that, like drinking an Energy Drink right before you start seeing dreams, or letting someone else hit you with a light attack. Your Palicoes are excellent helpers with this in particular, as they tend to come right at you and throw a kick or two to wake you up. That said, it is advised to try and avoid it by anticipating its attacking animation, then dodging sideways when it is thrown. 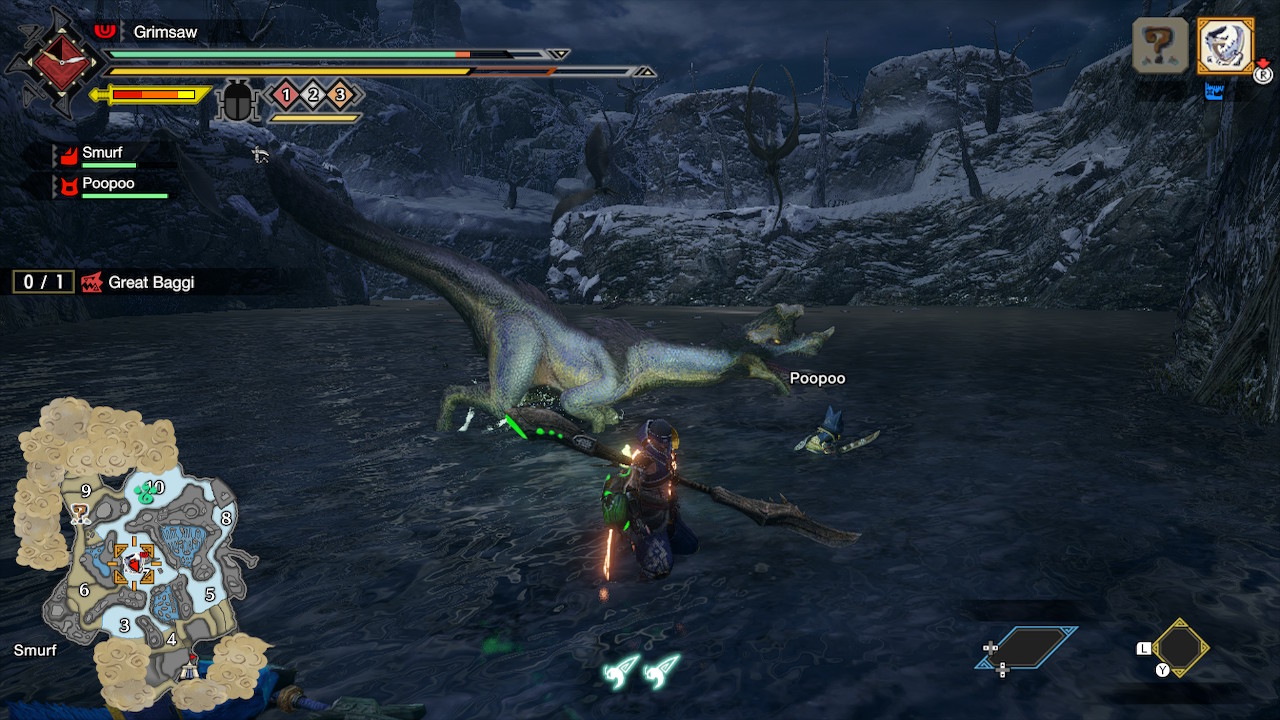 In order to beat a Great Baggi, you first need to make sure you clear all of their minions, for making things easier. They also have fast attack patterns, although their hits don’t really pack a punch this way. They do have some lunging attacks that can hurt, so it’s better to attack them in a clockwise fashion, going from side to side until they start getting tired.

These Bird Wyverns are vulnerable mostly to Fire, so attacking them with a Fire weapon is a no-brainer, if you do have one. Their most vulnerable spot is the crest on their head, which means when they are knocked out, that’s when you need to focus on that single point and attack relentlessly. The Great Baggi can’t withstand a lot of punishment, so if you keep tiring it out and hit it on its head when possible, it should go down really fast. It’s best to use single-point weapons for such a fight, since you want to focus on that crest. The Great Sword is an excellent pick for Great Baggi out of the melee weapons, and all three of the ranged ones can do the trick as well.

This is how you can easily beat a Great Baggi. Not the toughest of foes, but you need to watch out either way. Mostly a ‘tutorial’ monster, to get things started in Monster Hunter Rise, but its High Rank variant can sometimes prove lethal.