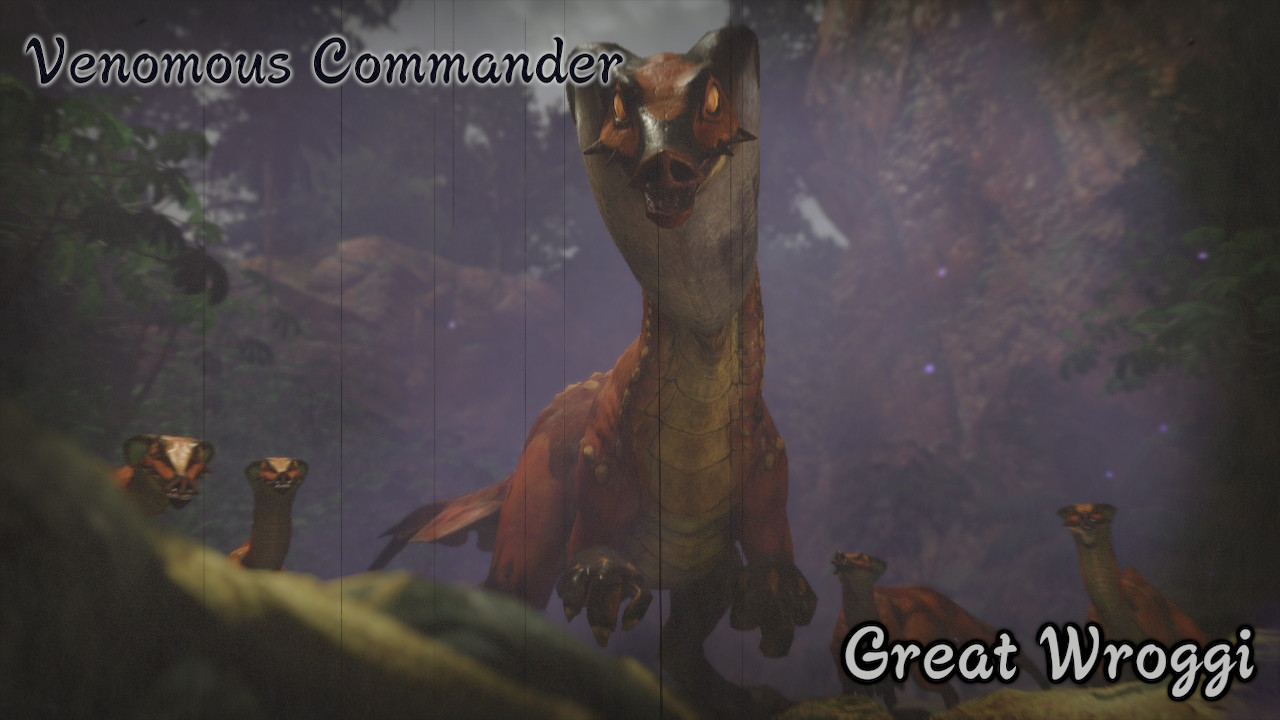 Another Bird Wyvern in Monster Hunter Rise, the Great Wroggi is a poisonous beast, that only cares for itself and how to chase its pray from afar with precise attacks. Its trademark toxic spit is its strongest tool for doing so, therefore make sure you brought a couple of Antidotes together, in any hunt against a Great Wroggi. We will talk about all of that and anything more needed, right here in this guide.

How to beat Great Wroggi in Monster Hunter Rise

While the Great Wroggi travels alongside its fellow lesser Wroggi, even receiving the title of Venomous Commander, it is nowhere near close on being a true leader or at least a tactician like the Great Baggi. It barely commands those little creatures to do anything at all, so they all end up hitting randomly either from close range or from afar with poisonous clouds. That said, it can surprisingly end up as an effective way for dealing with us hunters, if we are not careful enough to avoid all of the projectiles thrown at us. 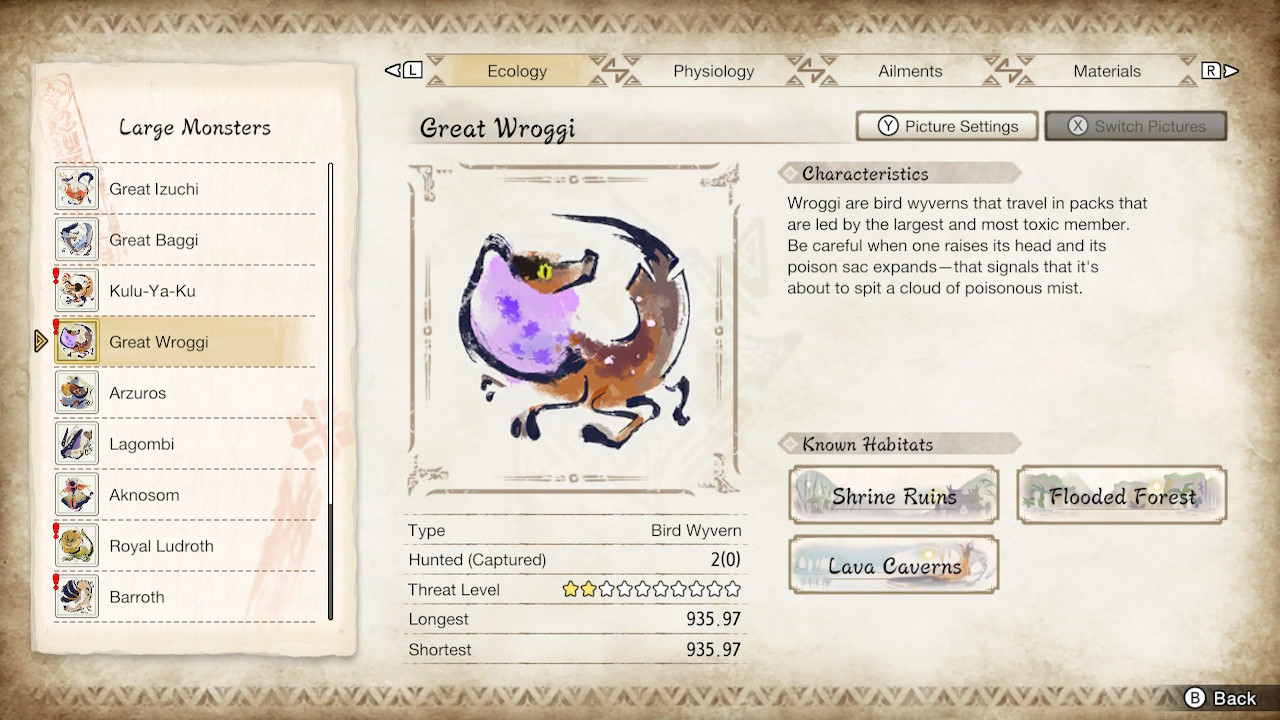 Great Wroggi are sneaky monsters, hiding behind their underlings until they can find the chance to attack. They are constantly shooting venomous spray, that will poison you the moment it touches you. If that happens, make sure to get rid of the poison right away, as it can diminish your HP very fast and easily. Whenever an opening is there for them, they tend to use their whole bodies as a weapon, with a wide tackle charging at any hunter on their way.

With these in mind, the easiest way to get rid of a Great Wroggi fast and efficiently, is two things. First, focus all of your attacks to its head, both from the front and side. Reason is you need to get rid of its venomous sack the fastest possible. It won’t be able to spit poison at you this way, which makes the fight way easier as you take away its strongest tool. 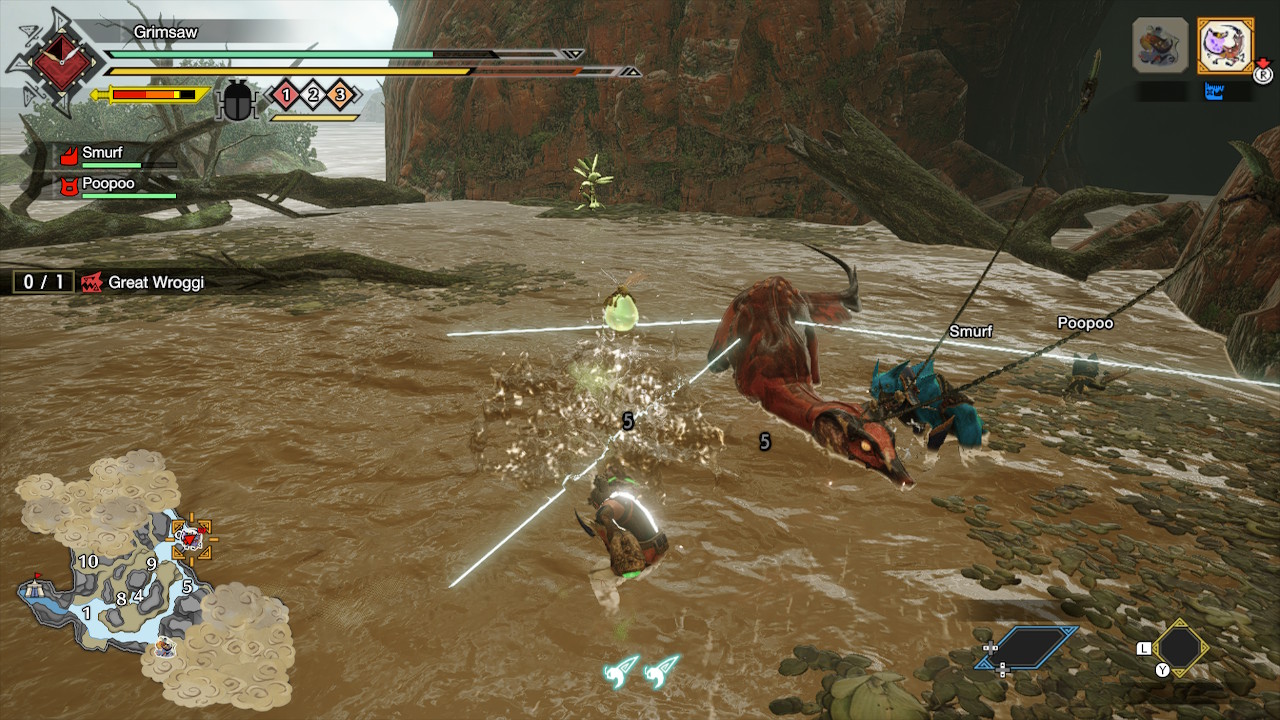 Second, you need to keep the fight at close range, where it won’t be able to use its venomous abilities easily. To do so though, you need to get rid of its lackeys, who also spit poisonous projectiles, although way smaller. While you are defeating the little guys, make sure to keep an eye out for Great Wroggi’s shoulder charge. It damages you for quite a bit, while also knocking you back, giving it the time to position itself again at long range.

When you fight the normal version of the Great Wroggi in Monster Hunter Rise, all of the above is not that hard to achieve. Its High Rank and Apex versions though may seem quite problematic, as the monster is way more aggressive, so try to be patient and attack only when an opportunity rises. Like with almost all of the Bird Wyvern enemies, mobile weapons are best suited for such fast paced fights, but don’t hesitate to use any other you prefer, as it doesn’t make that big of a difference with this type of monsters.