Here is how you can handle this peculiar creature 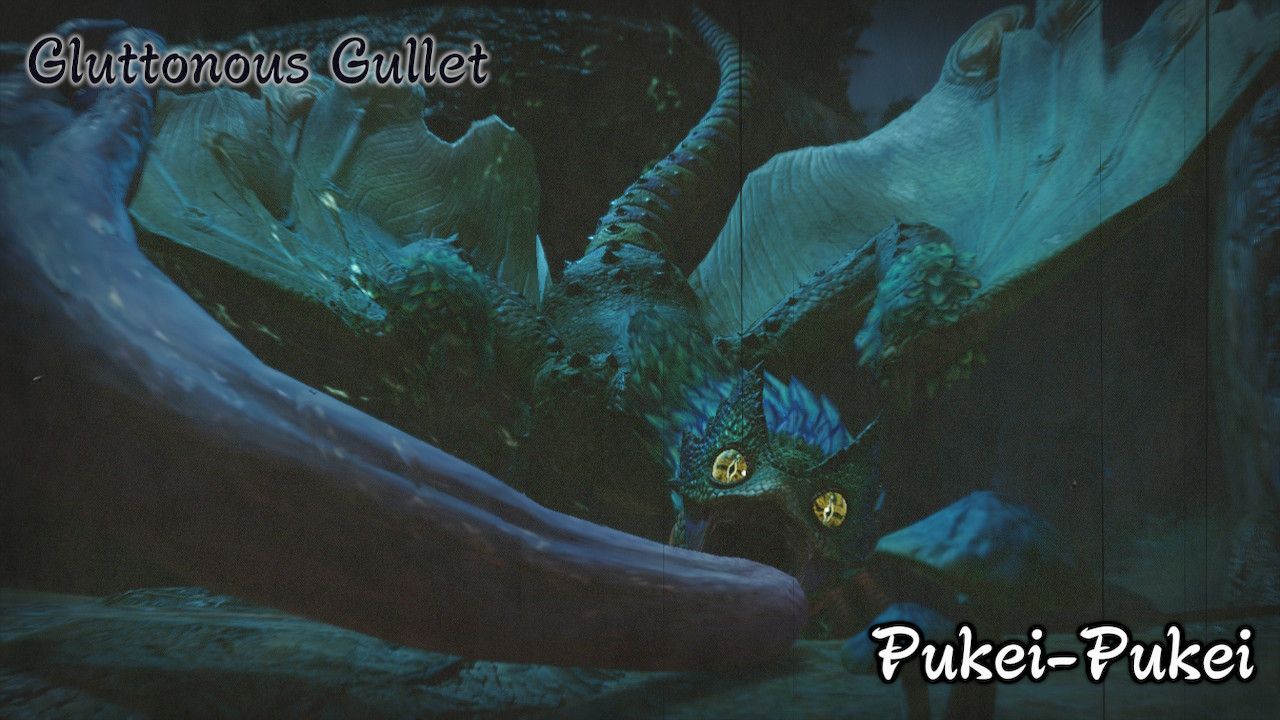 Pukei-Pukei easily earns the title of the weirdest-looking monster in Monster Hunter Rise. It looks like a combination of a toad, a chameleon… and a lot of other venomous creatures I’d guess. A very long tongue, its poisonous tail and huge appetite are its most distinctive traits, all of them acting as efficient tools in battle. If you need any help with this monster, take a look below as we are going to analyze all of its perks.

How to beat Pukei-Pukei in Monster Hunter Rise

It is very often you will find Pukei-Pukei monsters in Monster Hunter Rise, chomping down various things, from plants and mushrooms to various other objects and creatures. Depending on what they have eaten, their body and actions are affected accordingly. It can spread wider, linger or the ground, or as its description mentions, stun prey more easily. 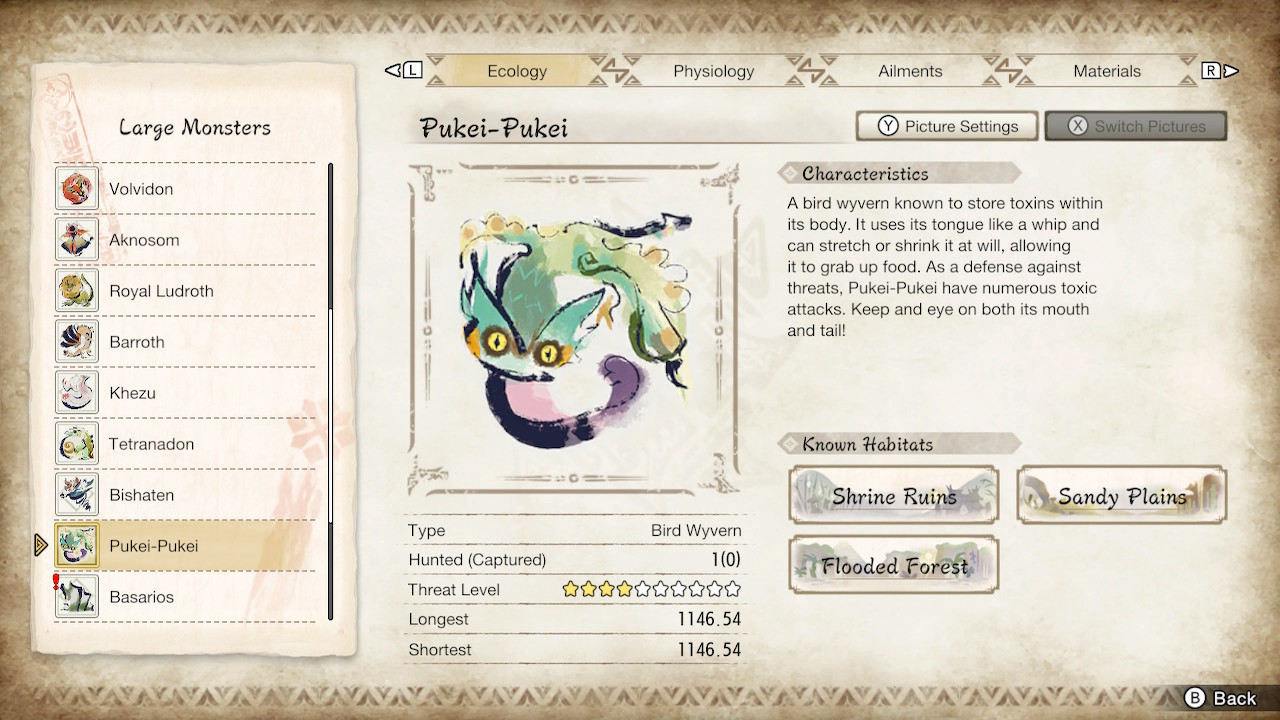 To start things with Pukei-Pukei, it is highly advised to deal with it close and personal. At its core, it is a ranged fighter with lots of poisonous attacks, in combination with fast tongue swings. Both its tongue and tail are vey dangerous if left unchecked, but, they are also its weakest spots. Therefore, try to aim for them when you attack as much as possible, especially at his tongue which is extremely vulnerable to pretty much any attack.

Before focusing on the tongue though, try to sever its tail.  As mentioned above, based on what it ate before, its whole body acts a little differently. If you notice a swollen tail for example, it is certain it will spread a lot its poisonous clouds. It moves in a clockwise fashion, so go with the flow in order to avoid its sprays and keep attacking it until it is cut of. If you succeed, the venomous cloud will have less than half of its original range and radius, significantly hindering it. 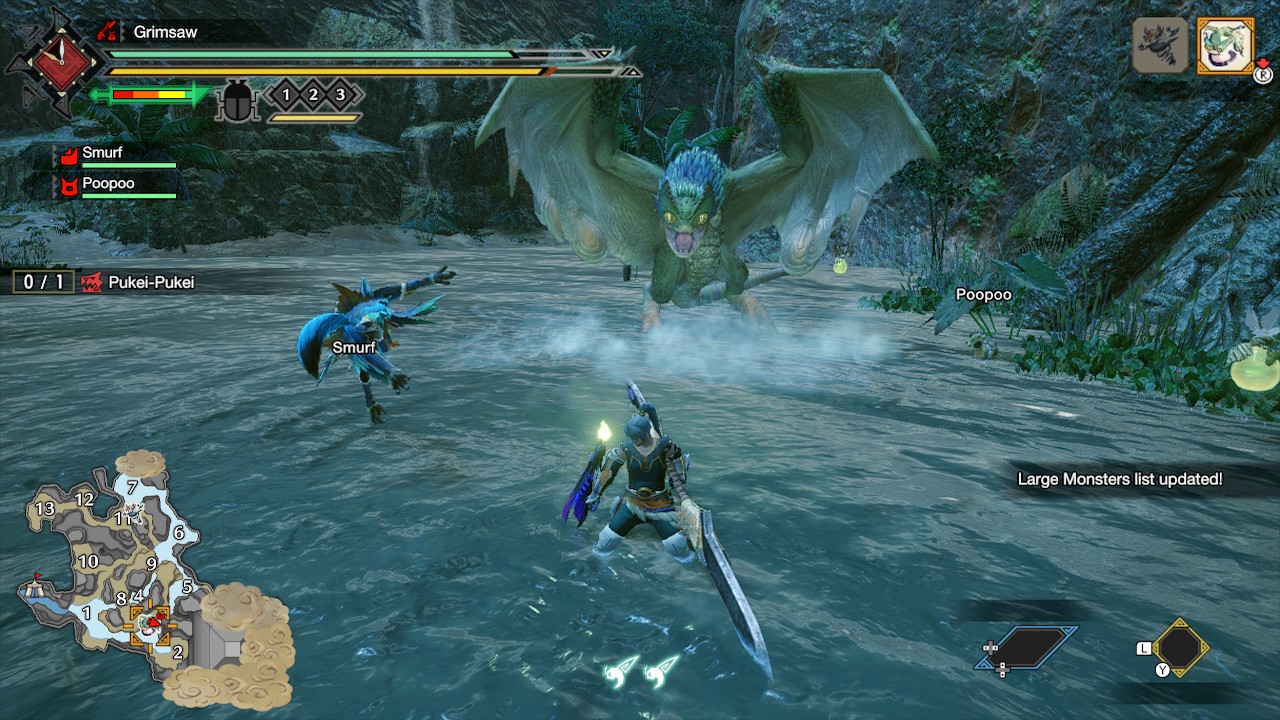 Don’t let your guard down, even if you do end up getting rid of the tail. Pukei-Pukei can also throw ranged projectiles from its mouth, with the Poison attribute as well, so it’s not like you stopped it in its tracks by removing the back tail. In general, expect a lot of Antidotes to be used in a fight with this odd creature, as there will be poison everywhere.

With all that said, let it be noted that Pukei-Pukei in Monster Hunter Rise is very vulnerable to a lot of status ailments, like Paralysis, Sleep and Blast. Taking advantage of any of these, will yield extremely good results. Paralysis in particular, is very easy to inflict on the Bird Wyvern, making it the preferred choice. Any weapon will do in this fight, as long as it includes a status inducing enhancement or the Thunder element. Personally, as you can even see from the picture above, I tend to use the Insect Glaive with monsters that like fighting from far away, due to how easy it is to get close to them with the specific weapon.

Try to avoid being poisoned as much as possible, cut its tail and attack its tongue whenever possible, keep the pace of the fight in close quarters and Pukei-Pukei won’t last for long, concluding everything we had to mention in regards to this oddball.